High capacity clips for an AR-15 are shown here at a gun shop.
George Frey/Getty Images

The Connecticut Supreme Court limited the scope of a federal law that shields gun manufacturers and dealers, reviving a lawsuit filed by Sandy Hook families. Brady and Cohen Milstein attorneys examine the ruling and explain how it may have a domino effect nationwide.

On Dec. 14, 2012, 20 first-grade children and six staff were murdered in a mass shooting at Sandy Hook Elementary School. A Bushmaster semiautomatic assault rifle enabled the killer to fire 154 shots in 264 seconds.

Nine families sued the gun’s manufacturers, distributors, and retailers. Building on theories developed decades ago in a Brady lawsuit for victims of another assault weapon massacre, the Sandy Hook families argued that advertising the gun’s militaristic, hyper-aggressive attributes amounted to negligent marketing that was a cause of the shooting.

If the victims sued members of any other industry, they would have a right to discover facts that could support their claims. But victims of gun industry wrongdoing must first overcome the Protection of Lawful Commerce in Arms Act (PLCAA), a federal law that gives gun manufacturers and dealers unique exemptions from civil justice liability. PLCAA has provided even greater protections than legislators intended because courts have interpreted it overly broadly. 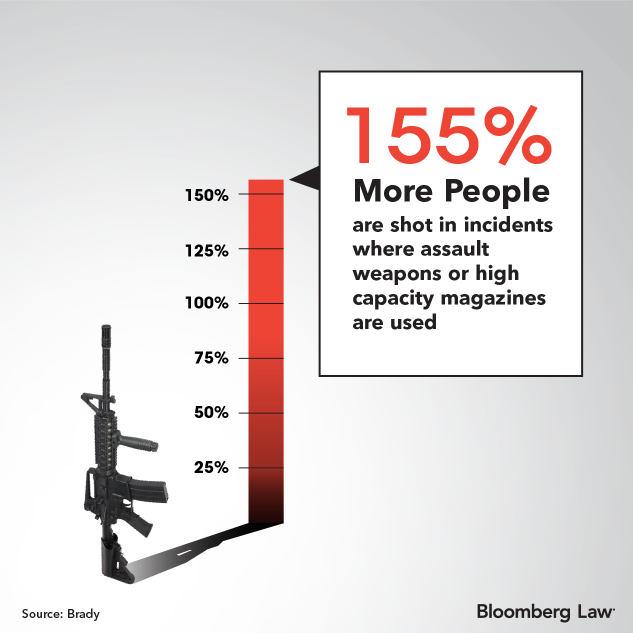 On March 14, the Connecticut Supreme Court properly reined in PLCAA’s protections, reversing the PLCAA-based dismissal of the Sandy Hook families’ case. Providing the most thorough analysis of PLCAA since its 2005 enactment, the court held that the victims’ wrongful advertising claim overcame PLCAA and may proceed into discovery.

This ruling should influence courts nationwide to construe PLCAA as it was intended—limiting cases where the gun manufacturer or dealer did nothing wrong, while allowing cases to proceed where the gun industry played a role in the harm or death.

How PLCAA Expanded From its Narrow Origins

PLCAA’s legislative history and findings reflect its narrow goal. The bill’s author, Sen. Larry Craig (R-Idaho), was clear that “this legislation will not bar the courthouse doors to victims who have been harmed by the negligence or misdeeds of anyone in the gun industry ... . The only lawsuits this legislation seeks to prevent are novel causes of action that have no history or grounding in legal principle.” 151 Cong. Rec. 18,096 (2005).

PLCAA’s text emphasized that gun companies should only be exempt from liability “for harm that is solely caused by others”—not in cases where gun companies’ wrongdoing was an additional cause of harm. 15 U.S.C. § 7901(a)(6) (emphasis added).

Many courts have recognized that PLCAA does not provide gun companies with the broad immunity they claim where gun companies negligently entrust guns, or violate firearms laws. Many of these cases allowed dealers to be held liable when they sell guns to straw purchasers or other dangerous people, and the gun is later used in a death or injury.

An Indiana appeals court also held that gun manufacturers can be liable for negligent distribution and business practices that violate a state public nuisance law.

The Sandy Hook decision properly rejected gun industry claims that PLCAA broadly immunizes gun companies. The court recognized that Congress did not intend to shield gun industry wrongdoers, and therefore permitted holding these companies accountable to the families for wrongful advertising if it contributed to the harm, at least if they violated Connecticut’s Unfair Trade Practice Act.

Soto’s 60-page decision represents perhaps the most careful and extensive analysis of PLCAA, and clarifies the act’s scope in important ways. The court explained that Congress’s intent was that “firearms companies may be held liable for violation of any applicable law, and not only those laws that specifically govern the firearms trade.” Soto v. Bushmaster Firearms Int’l LLC (Conn., March 19, 2019).

This means that victims should be able to hold gun companies liable if they violate general laws that can apply to gun marketing and sales, including unfair business practice laws.

The court also recognized that PLCAA must be read in light of U.S. Supreme Court authority that federal laws should not deprive states of police powers unless Congress has expressed a clear intent to do so. Because Congress expressed an intent to allow liability based on well-established principles, PLCAA should be narrowly construed. This holding could open the door to allow negligence, products liability, and other claims.

Soto’s conclusions regarding PLCAA’s intent and scope should lead other courts to permit a broader variety of claims against gun industry wrongdoers.

If the Soto court’s restoration of the intended PLCAA standard prevails nationally, all victims of gun industry negligence can seek justice in the courts—as is their rights as Americans. And bad actors can be held accountable, so they can be encouraged to act more responsibly, which will make us all safer.

Jonathan Lowy is chief counsel and vice president, Legal, at Brady. Since 1997 Lowy has argued in courts across the country to reduce gun violence, providing pro bono legal representation to victims of gun violence in lawsuits to reform dangerous gun industry practices, and assisting governments and public officials in defense of reasonable gun laws.

Molly J. Bowen is an associate at Cohen Milstein and was a member of the Englund v. World Pawn pro bono team. Bowen is a member of the firm’s Securities Litigation & Investor Protection practice group, where she represents investor interests in securities class action and shareholder derivative actions.