A picture taken on September 19, 2017, at a courthouse shows a statue of the goddess of Justice balancing the scales.
OIC VENANCE/AFP/Getty Images

Colleen Sinzdak will mark the 141st anniversary of the first woman to argue before the U.S. Supreme Court by taking the lectern herself Nov. 30 in a disabilities case.

Sinzdak is one of five women who will appear during the sitting that starts on Monday and runs through Dec. 8. They also include two of her colleagues at the U.S. Solicitor General’s Office, current SG Elizabeth Prelogar and Rebecca Taibleson. Julie Rikelman from the Center for Reproductive Rights will argue in the Mississippi abortion case Dec. 1, and Taylor A.R. Meehan of Consovoy McCarthy was appointed to argue an immigration matter. 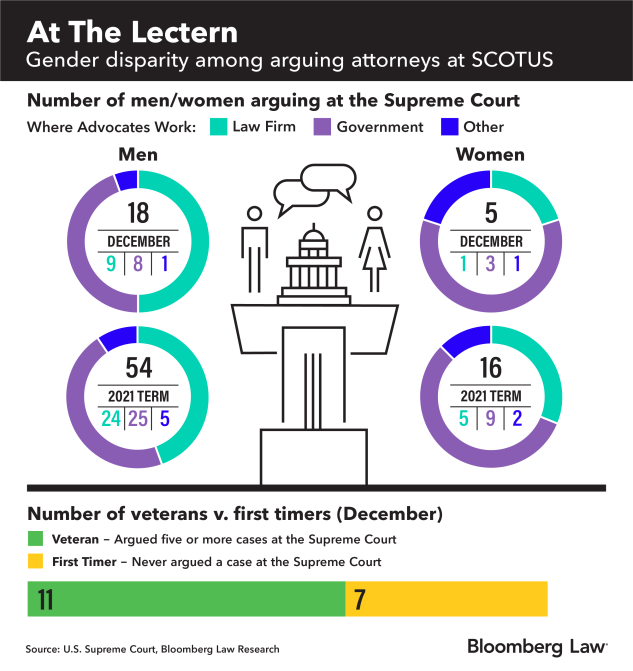 In the early 1900s, the Supreme Court “began to keep a list of names of women admitted to the Supreme Court Bar,” according to the court’s website. “The list was kept in an envelope titled In Re Lady Lawyers.”

By the end of the December sitting, 775 women will have argued more than 1,500 cases before the justices. Despite more than a century of appearances, however, women continue to trail men in high court arguments, ranging from 12% to 21% in recent terms.