Chief Justice John Roberts is showing a new willingness to side with the U.S. Supreme Court’s liberal wing after the divisive confirmation fight over Justice Brett Kavanaugh.

Roberts joined the liberals Feb. 27 in two rulings that left the conservatives in dissent. Most notably, he cast the deciding vote to order a new look at the mental competence of a death row inmate who says he can’t remember the crimes he committed.

The votes add to an unmistakable pattern, offering fresh indications that Roberts is in no hurry to oversee a conservative legal revolution. The chief justice has also joined 5-4 orders that blocked President Donald Trump from curbing bids for asylum at the Mexican border and stopped Louisiana from enforcing new abortion restrictions. 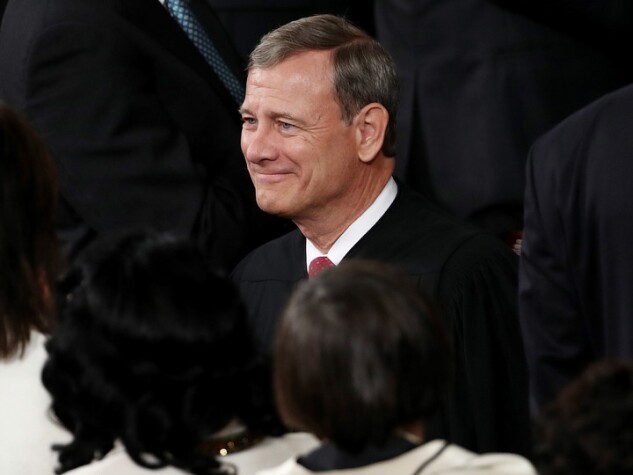 It’s too early to say whether the votes mark the beginning of a lasting shift, or merely a pause on the court’s anticipated move to the right after Kavanaugh’s confirmation to succeed the retired Justice Anthony Kennedy. Since being appointed in 2005 by Republican President George W. Bush, Roberts, 64, has established himself as a solid conservative, though usually one inclined toward incremental change.

From 2005 through the end of the 2016-17 term, Roberts had provided the fifth vote for a liberal outcome in a case argued before the court only four times, according to Adam Feldman, creator of empiricalscotus.com, which tracks Supreme Court trends. The biggest was Roberts’s 2012 vote to uphold the Affordable Care Act, a decision that embittered conservatives who had supported his nomination.

Roberts has done that three times in the year and a half since that 12-year period. That doesn’t include the other ruling Feb. 27, when Kavanaugh joined Roberts and the liberals in siding with a criminal defendant who said his lawyer ignored his requests to file an appeal.

It also doesn’t include two high-profile emergency orders. In December Roberts voted to block Trump from automatically rejecting asylum bids by people who cross the Mexican border illegally. In February, he cast the key vote to stop Louisiana from requiring abortion doctors to get admitting privileges at a local hospital.

Those votes don’t necessary dictate what Roberts would say if the court heard those cases on the merits. The Louisiana abortion law was almost identical to a Texas measure the court struck down in 2016, over Roberts’s dissent. As is the custom with emergency matters, Roberts offered no explanation.

“This may be Chief Justice Roberts taking very seriously his role as the median justice and perhaps the beginning of his being the swing justice,” said Erwin Chemerinsky, dean of the University of California’s Berkeley Law. “But I would not come to that conclusion too quickly.”

Chemerinsky pointed out that the death penalty ruling Roberts joined Feb. 27 was narrow, sending the case back to a lower court rather than barring the inmate’s execution.

Roberts has also provided key conservative votes. In January he voted to let Trump start barring most transgender people from serving in the military. In June, Roberts joined a barrage of 5-4 conservative rulings, including one he wrote upholding Trump’s travel ban, which restricts entry into the U.S. by people from several predominantly Muslim countries. 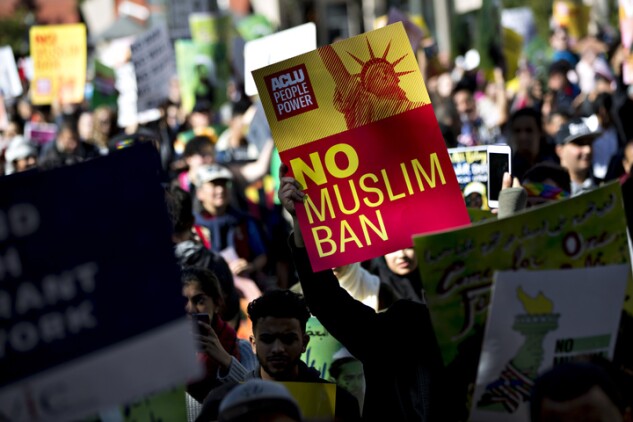 The chief justice has made little secret of his desire to protect the federal judiciary’s institutional reputation amid increasingly partisan confirmation battles.

Earlier, Roberts issued an unusual statement pushing back against Trump’s characterization of a jurist as an “Obama judge.” Roberts said that “we do not have Obama judges or Trump judges, Bush judges or Clinton judges.”

Roberts’s wariness of politics may explain why the court has spent much of the current term ducking or deferring contentious issues. The court has delayed acting on appeals concerning discrimination against gay workers and on Trump’s bid to end President Barack Obama’s deferred-deportation program for some young immigrants.

“My surmise has been that after the bruising Kavanaugh fight, Roberts has decided to make this a low-profile year as much as possible,” Chemerinsky said.

Roberts’s approach has opened him to criticism. Blackman said the chief justice’s effort to avoid the appearance of partisanship “necessarily entails political calculations,” signaling that “public perception, and not the law, drives the direction of the court.”

Roberts’s recent votes are actually a continuation of a pattern that has developed over several years, says Brianne Gorod, chief counsel of the progressive Constitutional Accountability Center.

“I think his overall record is likely to remain very conservative, but I also think he will occasionally surprise us,” she said.

The prospect of a Roberts slide conjures up bad memories for conservatives. Over the past 50 years, Republicans have repeatedly seen justices appointed by Republican presidents—Harry Blackmun, John Paul Stevens, David Souter and, to a lesser extent, Kennedy—prove more liberal than expected.

Few court-watchers expect anything nearly so dramatic from Roberts.

“I don’t think this means he’s changing his mind on the substance of big important issues on which he’s written opinions -- voting rights, campaign finance, abortion, gay marriage, etc.,” said Ilya Shapiro, a lawyer at the libertarian Cato Institute. “But at the margin he’s trying to make fewer partisan splits.”

To contact the editors responsible for this story: Joe Sobczyk at jsobczyk@bloomberg.net Laurie Asséo, John Harney