Democrats are watching the Supreme Court warily in the last week of its term to see if its oldest member will retire, allowing President to name a replacement while the party still holds a narrow majority in the Senate.

But Justice , 82, is giving no indication that he will step down. In a speech in April, he underscored the need to keep the court separate from politics, making arguments that might be hard to square with a retirement decision timed to help Democrats.

“If the public sees judges as politicians in robes, its confidence in the courts and in the rule of law itself can only diminish,” Breyer said in a speech sponsored by Harvard Law School in April. 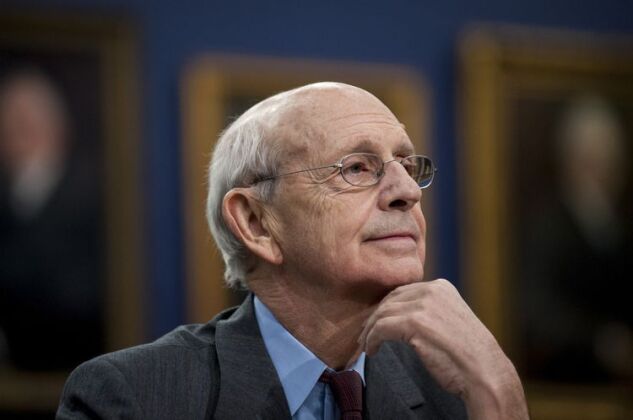 White House officials and congressional leaders haven’t seen any sign that Breyer might retire. Outside groups have privately mulled over their wish list for a replacement while some progressives have been openly demanding that he quit now so Democrats can use their fragile hold on the Senate to confirm his successor.

The 50-50 party split means the illness or death of a single senator could leave Democrats short of the votes needed to muscle through a Biden pick, and Republicans could retake the Senate in the 2022 elections.

If Breyer were to make an announcement, court-watchers say they expect it would come next week. In recent decades, retiring justices have timed their decisions to coincide with the end of the court’s term in late June. When Justice retired in 2018, he did so hours after the last opinion was released.

It’s possible that Breyer will simply stay on the job, angering progressives who say his insistence on remaining is a missed opportunity to keep a liberal justice in his seat, given the likelihood of Republicans regaining control of the Senate in 2022. They’d hoped Biden would have a chance to fulfill a campaign pledge to seat the first Black woman to the Supreme Court and shore up the 6-3 liberal minority with a younger justice.

The White House has resisted putting public pressure on Breyer. Asked Friday if Biden hopes to see a justice retire, Press Secretary said: “It’s a decision for them to make as an individual, and he still would support whatever decision they make.”

One of the most talked-about contenders for the nomination is , a former Breyer clerk who sits on the U.S. Court of Appeals for the D.C. Circuit. Another possibility is California Supreme Court Justice .

Appointed by President in 1994, Breyer is just one year younger than the average age that a justice now leaves the court either by death or retirement, according to a database maintained by Washington University in St. Louis professor Lee Epstein.

But he’s also serving at a time when political figures in the U.S. are increasingly staying on the job at advanced ages. Speaker is 81, Senate Minority Leader is 79 and Biden is 78. Breyer is still younger than four U.S. senators, including Senator , who has filed paperwork to seek another term in 2022, when he will be 89.

Former Supreme Court Justice , who also faced pressure to retire under a Democratic president, worked until her death at age 87.

One sign Breyer may stick around: He has hired a full complement of four law clerks for the 2021-22 term, according to the legal writer David Lat, who runs the website Original Jurisdiction.

By some measures, his influence on the high court is as great as it’s ever been. Though Breyer is on the short side of the court’s 6-3 conservative-liberal split, he has played a key role this term in stitching together the type of consensus rulings he relishes.

Breyer wrote the court’s 6-2 ruling favoring ’s Google in a multibillion-dollar copyright clash with , its 7-2 decision rejecting a Republican challenge to the Affordable Care Act and its 8-1 ruling backing a high-school cheerleader punished by her school for a social media post.

In all three cases, the court’s normal practices suggest he got the writing assignment from Chief Justice , who has come to rely on Breyer to help forge broad agreements among the justices.

Nor has Breyer shown signs of slowing down off the court. In the April speech sponsored by Harvard Law School, he voiced concern that proposals to add seats to the court -- pressed by liberal groups eager to offset the conservative shift -- would erode public trust.

The speech is now being converted to a book that its publisher, Harvard University Press, is touting as coming from a “sitting justice.” The book, “The Authority of the Court and the Peril of Politics,” is set to be released Sept. 14.

Although Breyer spent much of the pandemic working from his home in Massachusetts -- and missed the presidential inauguration in January -- he has been at the court at least some of the time in recent months. 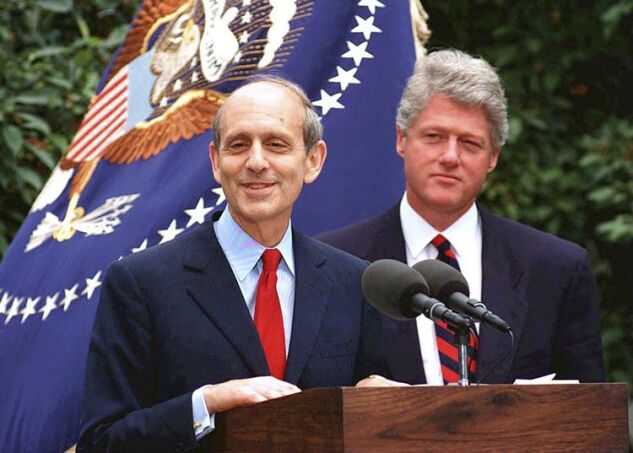 U.S. Supreme Court Justice nominee Stephen Breyer speaks in the Rose Garden of the White House while being introduced by President Bill Clinton on May 16, 1994.
Photographer: Robert Giroux/AFP via Getty Images

McConnell has already indicated that if Republicans retake the majority in 2022, he may enforce another blockade to any 2024 Biden high-court pick like the one he used to keep former President from filling an open seat in 2016.

Speaking on Hugh Hewitt’s syndicated radio show on June 14, the Kentucky Republican said he’d apply the same rationale as he did then -- that a court vacancy shouldn’t be filled in a presidential election year when control of the Senate and the White House is split between the two parties.

He also refused to say if he would try to thwart a Biden nominee should a vacancy on the high court occur in 2023 with a GOP Senate. “We’d have to wait and see what happens,” McConnell said.

A confirmation before the 2022 midterm elections holds out at least some prospect of seeing a nominee gain some bipartisan support, while a vacancy after that is risky, given McConnell’s proven ability to unite the Senate’s Republicans on the most hot-button matters.

Senate Democrats who would lead any drive to fill Breyer’s seat are being careful not to join the calls for his retirement from outside progressive groups, but they’re not hiding their desire to avoid another fight over a Democratic high-court nominee, especially as the court considers rolling back abortion rights and bolstering the Second Amendment in its upcoming term.

Senator of Hawaii, a member of the Judiciary Committee, joked that Breyer is probably aware by now of hopes from some on the left that he’ll exit the bench.

“He’s getting karmic messages from a lot of people I’m sure,” she said.

Senator of Connecticut, another panel member, was more blunt.

“He knows as well as anyone around here what the risks are of staying on the court, and I have a lot of trust in his wisdom and common sense,” he said.

Blumenthal said the Senate would be ready to act quickly if Breyer decides to retire.

“First the president needs to nominate someone, but we’re ready, willing and able to move quickly,” he said.

The D.C. appellate court, to which Jackson was confirmed this month, is traditionally a steppingstone to the Supreme Court because it considers appeals of cases involving Congress and federal agencies. She was confirmed in a 53-44 vote that included three Republicans: moderate Senators and as well as conservative Senator , a former Judiciary Committee chairman.

Graham, now a senior Republican on Judiciary, voted for both of Obama’s Supreme Court nominees, and . He indicated this week he might do the same for Jackson were she nominated to the high court.

“I’m inclined to honor elections,” Graham said. “I thought she was qualified for the job she has. We’ll see.”

Asked if he thinks McConnell’s recent comments might force Breyer’s hand, Graham responded, “If he’s going to do it, I’d do it sooner rather than later. Why wait, right?”