A view of a gate to Harvard Yard on the campus of Harvard University on July 08, 2020 in Cambridge, Mass.
Photographer: Maddie Meyer/Getty Images

The U.S. reversed a new policy on student visas after a high-profile confrontation with , and hundreds of other colleges, ending a standoff that could have sent thousands of students back to their home countries and left schools scrambling to plan for the fall.

U.S. District Judge announced at an online hearing on Tuesday that the government had agreed to rescind last week’s requirement that international students take at least one in-person class, even amid the resurgent coronavirus pandemic and as colleges prepare online-only coursework.

But she said the case isn’t closed, raising questions about the nature of the agreement and whether U.S. had abandoned its position or was retreating and regrouping to fight another day.

“I don’t think this is necessarily over,” said Theresa Cardinal Brown, director of immigration and cross-border policy at the Bipartisan Policy Center. “I guarantee you, they’re probably saying, OK, well, we’ll do something slightly different or maybe we’ll just apply it to people who haven’t arrived yet. Maybe the president issues an executive order -- it comes from the White House this time rather than from an agency.” 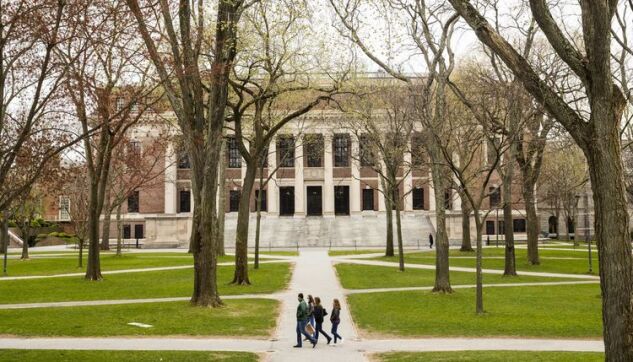 At the hearing, which was attended by hundreds of journalists and others but lasted only minutes, the judge asked Assistant U.S. Attorney Rayford Farquhar if she had described the case’s resolution correctly.

“That is correct, your honor, no change,” he replied

“The motion is mooted,” Burroughs declared, referring to Harvard and MIT’s request to put a freeze on the new policy while the two sides continued to battle. “The hearing will be adjourned.”

She added: “The case will remain open on my docket pending further motion practice from the parties.”

Neither ICE nor the White House responded to emails seeking comment on the outcome.

The hearing followed a separate lawsuit by 17 states and a dozen multi-party “friend of the court” briefs filed in support of the schools from universities, trade groups and some of the country’s biggest tech companies. In the end, the government agreed to rescind the July 6 directive, the question-and-answer document it issued the next day and any implementation of the new guidance, returning to a March 9 policy permitting the students to take online-only classes during the health crisis.

Schools can now resume planning for the fall semester, said , senior vice president of government and public affairs for the , which represents more than 1,700 colleges and trade groups.

“Colleges and universities can get back to the business of reopening higher education,” Hartle said. “Their education plans for the fall can continue unabated. This is unreservedly good news.”

“While the government may attempt to issue a new directive, our legal arguments remain strong and the court has retained jurisdiction, which would allow us to seek judicial relief immediately to protect our international students,” he said in a statement.

Harvard is conducting almost all its classes online in the fall semester, while MIT has a hybrid model. The two said in a lawsuit filed last week that the government had failed to consider the harm to students from the new directive. They also noted the impact on businesses, pointing to the role foreign students play in American innovation, and on the U.S. gross domestic product, citing “the loss of the tens of billions of dollars that international students contribute to U.S. GDP each year.”

They acknowledged that some students could, in theory, take part in online classes from their home countries, but not without serious disruption. They cited time zone differences, unreliable or state-managed Internet and armed conflict in some of the students’ homelands.

The new policy also stirred widespread concern at colleges that reap billions of dollars in revenue from international students each year at a time when some schools are issuing refunds over closures amid the pandemic and as public university systems see decreased state funding.

ICE said in court filings that it weighed the impact on students before it issued the new guidance, choosing not to simply go back to its earlier strictures.

Before the pandemic, international students on F-1 visas were required to take most of their classes in person, allowed only a single online course per semester. After the virus appeared and some universities stopped offering in-person classes, ICE adjusted its rules “for the remainder of the emergency,” allowing fully online coursework.

Last week’s new order ratcheted that back, requiring students at colleges that have announced online models, including Harvard and the California State University system, to transfer or go back to their home countries.

ICE also contended that a full slate of virtual coursework compromised national security by giving foreign students free rein within the U.S., and says a freeze would undermine “the deference afforded administrative agencies in complex and interrelated fields like immigration enforcement.”

And it may yet press the point. As Brown of the Bipartisan Policy Center looks at it, “It’s rare that this administration would do something like this and then not try again.”