A classroom sits empty at University of Baltimore in Maryland on April 25, 2020.
Photographer: Alex Wroblewski/Bloomberg via Getty Images

and the are seeking a court order to stop the U.S. from enforcing new visa guidelines that could cast international students out of the country if schools offer only online classes.

“It appears that it was designed purposefully to place pressure on colleges and universities to open their on-campus classrooms for in-person instruction this fall, without regard to concerns for the health and safety of students, instructors, and others” amid the coronavirus pandemic, Harvard President said Wednesday in a statement. 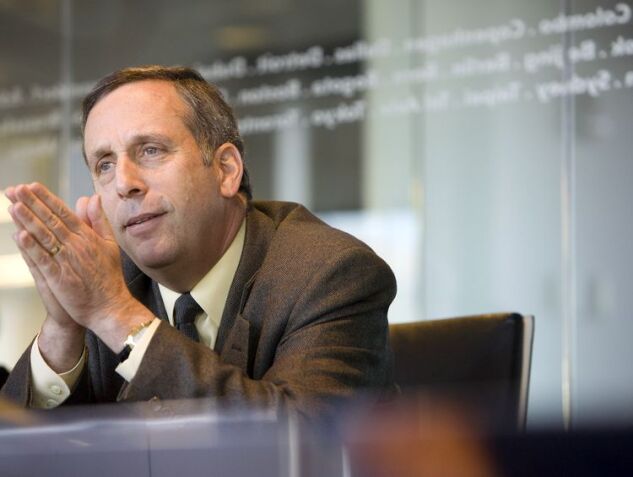 The U.S. agency issued the Monday, barring visas for applicants studying at colleges offering only virtual instruction. Students on existing visas who want to remain in the U.S. must transfer to a school with in-person instruction or attend an institution that offers both remote and on-campus learning, according to ICE.

Harvard is seeking a temporary restraining order against the new guidelines. Presiding over the case is U.S. District Judge in Boston, who ruled for Harvard in alleging it discriminates against Asian-Americans in admissions. She scheduled a status conference for Thursday.

Colleges have begun rolling out pandemic plans for the fall semester, with many offering some form of limited in-person classes. Harvard said about 40% of students would return to its campus in Cambridge, Massachusetts, while all courses will be taught remotely.

As it is, universities that rely heavily on international students, who typically pay full price, are uncertain how many undergraduates will come if their college experience is altered by coronavirus testing, masks and limited social interaction. About 1.1 million international students were studying at U.S. colleges in the 2018-19 school year, according to the most recent data from the . The highest number, more than a third, come from China, followed by India and South Korea.

Since the visas are for study in the U.S., an exclusively online education defeats the purpose, Acting Secretary of Homeland Security said in on Fox Business, adding that the new requirements are “actually providing them more flexibility” by increasing the number of online classes they can take from one to three.

In the wide-ranging interview, Wolf also said Chinese espionage and theft of intellectual property included sending researchers to the U.S. to spy and report back to Beijing.

“China is really playing that long game, and we’ve got to be very, very concerned about that, whether they’re using our immigration system and our visa system, whether they’re coming over as researchers, as students and then they’re sending that information back,” he said.

“It makes no sense whatsoever to have international students penalized because institutions have made the best possible decisions regarding the health and safety of their campuses in a pandemic,” Martin said in a statement. “The inability to predict the course of the pandemic also means that colleges and universities across the country may have to move all classes online at some point.”

, first vice chair of the Foundation of the , said in a statement that the directive is “the latest in a string of attacks against both immigrant and international students, as well as institutions of higher education.”

The new rule “forces colleges and universities nationwide into a state of disarray” and will “remove the tuition dollars that are needed to ensure that students will be returning to safe facilities when they do reopen,” said Calcaterra, founding partner of Calcaterra Pollack LLP, which isn’t involved in the litigation.

The directive undermines decades of collaboration between the U.S. and other countries, especially in fields that bolster the country’s economy, University of California President said in a statement on Tuesday. Napolitano, who led the Department of Homeland Security under President Barack Obama, said colleges need to “protect the safety and well-being of their communities and the public at large” and called the new rules “perplexing.”

(Updates with Wolf interview and statements from Amherst and Calcaterra)

To contact the reporter on this story:
in New York at jlorin@bloomberg.net

To contact the editors responsible for this story:
at smamudi@bloomberg.net