Terry Winston knew the credit-card bills were nonsense, but her difficulty proving it in court shows how America’s two-tiered justice system -- one for those who can pay for a lawyer, the other for those who can’t -- has spread to civil litigation.

had sued Winston for unpaid debt in what she saw as a clear case of identity theft. She couldn’t afford an attorney so she defended herself. What followed was months of tripping through a bewildering legal maze. 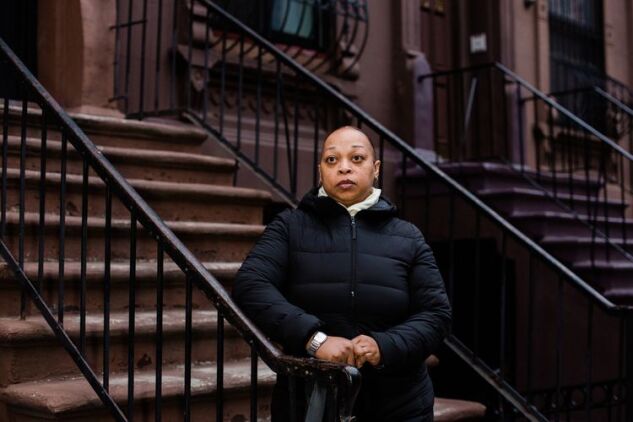 “You’re finding yourself trying to know what question to ask,” said Winston, a 53-year-old medical assistant who lives in New York.

Americans are guaranteed legal counsel in criminal cases. But when it comes to civil suits, they’re not. Many go without because they can’t pay for it and, like Winston, they’re increasingly representing themselves -- with unequal outcomes. Just one in four civil defendants has a lawyer, down from nearly all of them in 1992, according to a 2015 study, its most recent, by the . The number of litigants without lawyers has continued to rise in the four years since the report, according to a dozen experts interviewed for this story.

A fair shot at justice is a bedrock value of the American legal system, yet litigants who represent themselves against attorneys are unlikely to win their cases or settle on beneficial terms, according to Bonnie Hough, an attorney at the , the rule-making arm of the state’s court system. This reinforces the reality that America is split into two camps -- the haves and the have-no-lawyers.

“It’s really a crisis,” said Trish McAllister, head of the Texas Access to Justice Commission. “People aren’t able to get into the courts and they’re not able to navigate them once they’re there.”

The most common snag is no surprise: money. Many litigants can’t afford counsel, and most attorneys won’t take cases where potential payoffs are too meager to justify the effort, said Stuart Rossman, director of litigation at the .

Last year, the Trump administration effectively closed the Justice Department’s Office for Access to Justice, designed in 2010 to make lawyers available to everyone.

Many civil cases involve debt collection, landlord-tenant disputes and home foreclosures. With the frequency of self-representation, lawyers build their strategies around their opponents’ inexperience, said Terry Lawson, a legal aid attorney in Missouri.

“These guys know they’re going to win,” Lawson said. “Their hope of hopes is that nobody will go get lawyers.”

In Winston’s dispute, Asset Recovery Solutions didn’t have all the paperwork it needed to prove its case, she said. Exposing that was her biggest challenge.

It’s true, of course, that not every person who self-represents has a winnable claim, and getting an attorney doesn’t assure victory in court.

But the issue isn’t always simply winning or losing, said Silvana Naguib, an attorney at Public Counsel, a California pro bono legal firm. Lawyers can help negotiate better settlements, she said, adding that there’s a “stark difference” between the agreements signed by self-representing litigants versus what she gets for clients.

Under procedural rules, courts have little mercy for litigants who go pro se, a Latin term meaning “for him.” Some of them offer resources, such as volunteers who can explain procedures without offering legal advice, and third parties make forms available online. Judges, however, are required to hold the do-it-yourselfers to the same standards as licensed lawyers, though they may be more tolerant of mistakes.

Linda Leyva, who last year lost her Yorktown, Texas, home to foreclosure, said judges could be perplexing. In October 2017, she said the court rejected the motion for continuance she filed so she could have more time to prepare. But a month later it approved the other side’s continuance motion so the attorney could take a vacation.

There are efforts to change self-representation rates. Civil Gideon, an organization named after the 1963 Supreme Court case establishing free legal counsel for indigent defendants in criminal cases, is trying to expand the right to certain civil disputes. The backed the effort in 2006, but questions remain about how states would fund it.

Months into her case, Winston was getting nowhere. She’d provided an identity-theft report from the to show the debt wasn’t hers, but the case continued.

Winston finally found a lawyer to represent her without pay. Soon after, Asset Recovery Solutions dropped the charges.

“This wasn’t a case that involved a complicated legal defense,” said Ariana Lindermayer, Winston’s attorney. If any dispute could’ve been resolved by a self-representing litigant, this was the one, she said.

That leaves Lindermayer with a nagging fear: “What’s going on with all the other cases?”

To contact the reporter on this story:
in New York at geverett10@bloomberg.net