Georgia Governor and the state’s elections chief were ordered by a federal judge to explain their opposition to allowing inspections of voting machines that President has claimed “switched” votes in favor of President-elect .

U.S. District Judge in Atlanta gave Kemp and Georgia Secretary of State until Wednesday to file a brief in response to inspection demands by former Trump campaign lawyer , who filed a suit alleging Dominion Voting Systems Inc. machines are part of a vast election-rigging scheme involving Democratic-run cities, billionaire and “communist money” from Venezuela and Cuba. 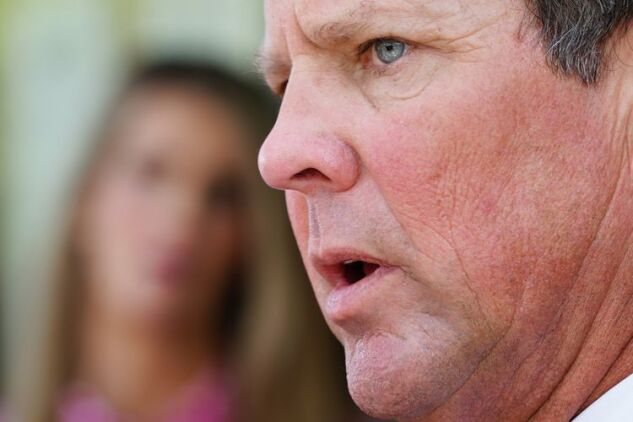 Powell, who seeks to decertify Biden’s victory in the state, has produced scant evidence. Dominion has denied all claims made by Powell and other Trump allies concerning the election.

Biden’s victory in Georgia was certified on Nov. 20 following a hand recount confirmed the results. A machine recount requested by Trump’s campaign is underway.

On Monday, the state Democratic Party sought to intervene in the case, filing a proposed motion to dismiss the suit. The party accused Powell of trying to overturn the will of voters and pushing “debunked conspiracy theories, wild speculation, and unsupported allegations of procedural improprieties recycled from other unsuccessful lawsuits.”

Kemp and Raffensperger, both Republicans, said at a Sunday hearing that the inspections sought in Cobb, Gwinnett, and Cherokee counties posed serious security and intellectual property risks, according to the Sunday ruling. The judge, a appointee, asked the state officials to explain their assertions and also ordered the state not to alter or erase any of the data.

Batten set a hearing on the matter for Friday at 10 a.m.

Though Trump has continued to promote it, Powell’s conspiracy theory was widely panned, including on the right, after she detailed it during a Nov. 19 press conference alongside . Conservative commentators and have criticized Powell for failing to back up her wild claims, and the Trump campaign last week cut ties with her.