US Attorney General Merrick Garland speaks during a meeting at the Eisenhower Executive Office Building, next to the White House, in Washington, D.C., on Aug. 3, 2022.
Photographer: Mandel Ngan/AFP via Getty Images

US Attorney General said he personally approved a decision to seek a search warrant for former President ’s Mar-a-Lago residence and is asking a judge to unseal the warrant, as well as what FBI agents seized.

“The department does not take such a decision lightly,” Garland said Thursday, in his first public comments about the search.

The Federal Bureau of Investigation Trump’s estate in Palm Beach, Florida, on Monday looking for classified documents that Trump may have improperly removed from the White House.

Garland’s comments about the search marked a sharp departure from the department’s usual practice of not discussing an ongoing investigation, and rebutted the torrent of criticism from Trump and his Republican allies over the unprecedented search of a former president’s home.

The Washington Post reported Thursday that documents relating to nuclear weapons were among the items agents searched for, according to people familiar with the investigation. The people didn’t say whether those items were recovered in the search.

Representatives for the DOJ and FBI declined to comment on the report, and Trump’s personal attorney Alina Habba didn’t respond to a message seeking comment.

The docket initially indicated Aug. 25 would be the deadline for Trump to say whether he objected to the unsealing of the warrant. The judge then entered an order setting a 3pm Friday deadline for DOJ to check with Trump’s attorneys and tell the court if Trump would oppose it. 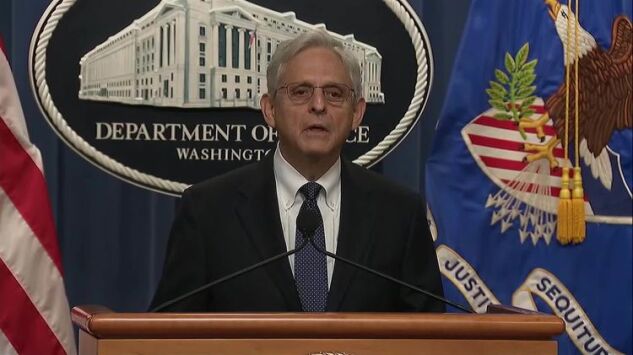 Justice Department lawyers wrote in a court filing that the original reasons for sealing some of the warrant materials were no longer relevant now that the search had been executed and Trump and his representatives had spoken publicly about it.

“The public’s clear and powerful interest in understanding what occurred under these circumstances weighs heavily in favor of unsealing,” the Justice Department said in the filing.

If the judge grants the government’s request, the public would get to see a copy of the search warrant -- including attachments that explain the general contours of the search and may reference what federal crimes are under investigation -- and a receipt that FBI agents left behind listing what exactly they took. A separate affidavit that prosecutors have to file in court as part of a search warrant application would remain under seal.

The search and seizure of documents from Mar-a-Lago was part of an investigation into whether Trump unlawfully held onto presidential records, including classified materials, after leaving office in January 2021. Removing presidential records without authorization potentially violates .

The Justice Department had written that they wouldn’t take any steps to release the documents until Trump had a chance to raise objections based on “legitimate privacy interests” or some other possible harm.

The government’s unsealing request was signed by the head of the National Security Division’s counterintellience and export control section, Jay Bratt, signaling investigators’ interest in the potential sensitivity of any documents in Trump’s possession. CNN previously reported that Bratt had visited Mar-a-Lago earlier in the summer to review documents and speak with Trump’s lawyers. The US attorney in Miami, Juan Gonzalez, also signed the document, another indication that this was no ordinary court filing from the government.

The filing comes after several news outlets and advocacy groups argued that a federal magistrate judge in Florida should unseal the docket for the search warrant. US Magistrate Judge had given the government until early next week to respond.

Habba also didn’t respond to a request for comment on the government’s motion to unseal the warrant.

Trump allies suggested the search warrant -- which a federal judge had to sign off on after finding probable cause that a search would yield evidence of crimes -- was politically motivated. Some conservative commentators also floated baseless conspiracy theories that FBI agents might have planted evidence.

Trump said on his Truth Social Media after Garland’s comments that his attorneys and representatives had been cooperating fully and that the search was a surprise.

“The government could have had whatever they wanted, if we had it. They asked us to put an additional lock on a certain area -- DONE! Everything was fine, better than that of most previous Presidents, and then, out of nowhere and with no warning, Mar-a-Lago was raided,” Trump posted.

The Justice Department wrote in its court filing that they notified a lawyer for Trump “at the time the warrant was initially executed.” Garland pushed back on what he called unfounded attacks on the professionalism of the FBI and Justice Department agents and prosecutors.

“I will not stand by silently when their integrity is unfairly attacked,” Garland said. “The men and women of the FBI and the Justice Department are dedicated, patriotic public servants.”

Garland, who had served as a top Justice Department official before becoming a federal appeals judge, vowed as attorney general to restore and defend the department’s institutional norms following what Democrats regarded as Trump’s attempts to politicize federal law enforcement.

But over the past few days, Republicans have turned that accusation back upon Garland, with House Minority Leader accusing him in a tweet Monday of “weaponized politicization” of the Justice Department. That echoed an earlier statement by Trump calling the search “prosecutorial misconduct, the weaponization of the Justice System, and an attack by Radical Left Democrats who desperately don’t want me to run for President in 2024.”

McCarthy warned Garland to “preserve documents and clear your calendar,” hinting Republicans would subject the attorney general to grueling hearings if they win back control of the House in November.

Senate Republican Leader was more measured in his response but called for an explanation for why the former president’s home had been searched. “Attorney General Garland and the Department of Justice should already have provided answers to the American people and must do so immediately,” McConnell said on Tuesday.

To contact the reporter on this story:
in Washington at ztillman2@bloomberg.net