Gov. Ron DeSantis (R) vetoed a map drawn by lawmakers to make room for a new district added by reapportionment after the 2020 Census. Now, Republicans who control the Florida Legislature have indicated they’ll accept a counter-proposal created by the governor’s own staff when they meet for a special session starting Tuesday.

The map that DeSantis vetoed “followed the Voting Rights Act to ensure that we have representation for minority communities, which is completely the opposite of what the governor is doing,” she said.

DeSantis said he wanted to give state courts ammunition to challenge anti-gerrymandering amendments to Florida’s constitution, approved by voters in 2010.

His map targets the sprawling northern Florida district held by Rep. (D), one of five Black members of Florida’s congressional delegation, four of whom are Democrats. The current 5th Congressional District, which runs across the state’s northern boundary from Jacksonville to Tallahassee, was imposed by a court in 2015 to remedy partisan gerrymandering by Republican lawmakers.

Now the map has “North Florida drawn in a race-neutral manner,” the governor said last week, and would confine the new 5th District to a northeast section of the state. 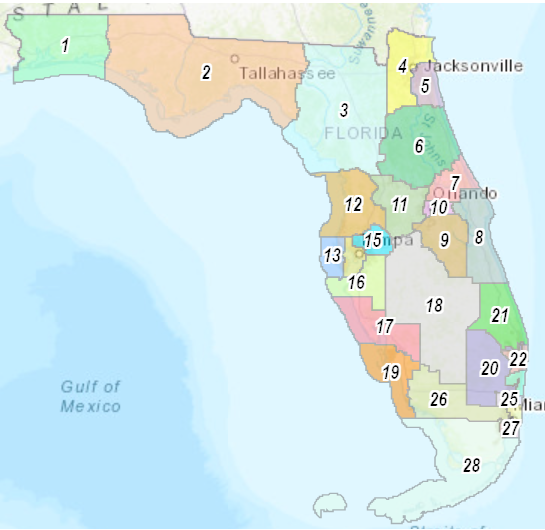 “We are not going to have a 200-mile gerrymander that divvies up people based on the color of their skin,” said DeSantis, a potential 2024 Republican candidate for president. “There has never been a district of that length and that shape that has been justifiable under the federal constitution.”

Lawson said in a statement that the DeSantis map “clearly violates the Voting Rights Act as well as the U.S. and Florida Constitutions.”

Doug Spencer, an election law expert at the University of Colorado, said DeSantis was trying to attract the attention of the U.S. Supreme Court.

‘Wants To Pick a Fight’

Already a federal judge has declared that minorities’ right to vote and the landmark 1965 federal law are “under siege” in Florida.

A Florida-focused gerrymandering case would present different legal arguments than an Alabama case scheduled for argument next term, in which the U.S. Supreme Court allowed maps to stand pending oral arguments.

The Alabama case tests whether states with racially polarized voting patterns have the right to pack minority voters in a small number of districts rather than give them the opportunity to influence the choices in additional districts.

It hinges on lawmakers’ interpretation of federal law, Spencer said, while Florida would set up arguments about intentional discrimination.

“It feels like DeSantis wants to pick a fight with the idea that Black voters get to have a say for themselves,” said Spencer.

The governor’s map also would dismantle the Orlando-area district now held by Rep. , also a Black Democrat. It would leave Florida with just two districts that would reliably elect Black candidates. The state’s other Black member of the House is Rep. , a Republican elected in 2020 from the 19th Congressional District.

Overall, DeSantis’s proposal would give Republicans four more likely seats in Congress, enough to eliminate gerrymander gains Democrats made in other states, including New York. It would create 20 districts that went for Donald Trump in the 2020 election and stack voters who favored Joe Biden into eight districts.

Republicans hold 16 of the 27 current districts.

State Sen. Jeff Brandes (R) agreed that the new version from the governor’s office sets up a challenge to the Voting Rights Act, but he said he’s able to support it based on the Senate legal counsel’s guidance.

“If the counsel, which I trust, can look me in the eye and tell me that they believe that this is a constitutional map, and there are no other maps offered—which to date has not happened—then I plan to support it,” Brandes said.

It would provide the compact districts required by Section 2 of the Voting Rights Act, DeSantis said. “Don’t go from Jacksonville all the way to rural northwest Florida,” as Lawson’s district does, he said.

In a voting-rights case being litigated, the state is asking the U.S. Court of Appeals for the 11th Circuit to reject a lower court’s order that Florida needs permission before enacting new laws on absentee ballot drop boxes, third-party voter registration groups, or “line warming” activities.

“This Court recognizes that the right to vote, and the VRA particularly, are under siege,” Chief Judge Mark Walker of the U.S. District Court for the Northern District of Florida wrote in a March 31 order throwing out parts of a 2021 voting law. 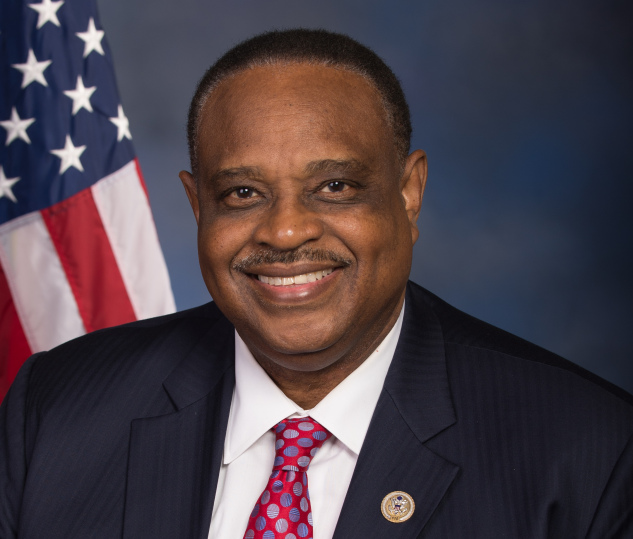 Florida Republicans repeatedly target Black voters because they tend to vote for Democrats, he wrote, and “the toxic mixture of racially polarized voting and close elections amplifies the risk that Florida’s elected officials will target voters based on their race.”

“That really highlights the importance of judges, of courts, when we don’t have Section 5 anymore, because this is the exact reason that Section 5 of the Voting Rights Act was put into place. It was to prevent laws like this,” Short said.

Attorneys for the state are “arguing for the narrowest possible interpretation and to strip the Voting Rights Act of any potential teeth that it could have,” said Jeremy Karpatkin, an Arnold & Porter attorney representing Florida Rising Together and other groups challenging the 2021 law.

If the 11th Circuit judges agree with Florida’s interpretation, “virtually any obstacle could be justified,” Karpatkin said.

“It would be extremely challenging to ever show that a state election law impermissibly and disproportionately impacted the ability of African American voters to exercise their right to vote,” Karpatkin said.

In an earlier voting rights case, the 11th Circuit let stand a state law that requires felons to pay all debts related to their convictions before they can vote. That law was enacted after Florida voters approved a state constitutional amendment in 2018 to restore most ex-felons’ right to vote once sentences were completed.

“In Florida, the judges who are appointed by Democrats tend to vote against the state,” Spencer said. “And then the 11th Circuit, which is more conservative, tends to vote in favor of the states.

And Florida isn’t done making election-related changes that could end up in court.

A bill awaiting DeSantis’s signature (S.B. 524) would repeal a requirement imposed on third-party voter registration groups by the 2021 law and create a special state office to investigate allegations of voter fraud

To contact the editors responsible for this story: at krizzo@bgov.com; at ghenderson@bloombergindustry.com