A conservative judge on the influential federal appeals court in Washington used his dissent in a defamation case to lambaste most U.S. media outlets for trumpeting “shocking” anti-Republican views and call for libel laws to be revised to make it easier to sue the press.

The New York Times and The Washington Post are “virtually Democratic Party broadsheets,” while the news section of the Wall Street Journal “leans in the same direction,” U.S. Circuit Judge said. He said the major television outlets and Silicon Valley giants were similarly biased. 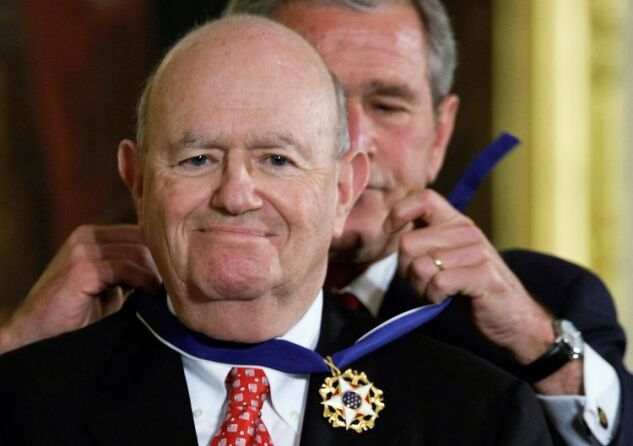 “One-party control of the press and media is a threat to a viable democracy,” Silberman wrote. He exempted from his criticism of “Democratic ideological control” Fox News, The New York Post, and The Wall Street Journal’s editorial page. But he lamented that these outlets are “controlled by a single man and his son,” a reference to and , and questioned how long they could hold out.

“After all, there are serious efforts to muzzle Fox News,” the appointee wrote, without elaborating.

Silberman’s comments came in a case in which none of those companies were involved. He dissented in a 2-1 decision tossing a suit filed by two former Liberian officials against environmental group Global Witness, which published a report suggesting they may have accepted bribes. He said the group’s support for its claims was so flimsy it should not have been protected under the Supreme Court’s landmark libel ruling in New York Times v. Sullivan.

Silberman then called for that 1964 precedent, which established parties suing media outlets for libel must show false reports were published with “actual malice,” to be overturned. The judge said its protections were allowing a press aligned with the Democratic Party “to cast false aspersions on public figures with near impunity.”

Silberman’s not the first conservative judge to target New York Times v. Sullivan. He noted that Supreme Court Justice in 2019 called for the decision to be reconsidered as having no basis in the Constitution.

But Silberman went further than Thomas in echoing right-wing claims about the media being heavily biased. He said the press often “manufactures scandals involving political conservatives.”

Former President frequently made similar accusations and regularly suggested libel laws should be “opened up” to make it easier to sue media outlets.

In New York Times v. Sullivan, the police commissioner of Montgomery, Alabama, sued the newspaper for publishing a civil rights movement ad that he said made false claims about the treatment of African Americans in the state. A unanimous high court said the plaintiffs failed to show the newspaper acted with “actual malice.”

Silberman ended his treatise with a warning that democracy could be thwarted by liberal control of the media.

“The first step taken by any potential authoritarian or dictatorial regime is to gain control of communications, particularly the delivery of news,” he wrote.

(Updates with detail from decision.)