On a phone call with the mastermind of the biggest college-admissions scam in U.S. history, asked what would happen if his daughter got caught cheating on her entrance exam.

“I’m not worried about the moral issues here,” Caplan, then co-chairman of the prestigious New York law firm , said with a laugh, according to an FBI transcript of the call. “I’m worried about the, if she’s caught doing that, you know, she’s finished.”

But it was Caplan, the American Lawyer’s Dealmaker of the Year in 2018, who got caught. In federal court in Boston on Thursday, he was sentenced to one month in prison after pleading guilty in May to a fraud-conspiracy charge for paying $75,000 to fix his daughter’s test scores.

“What has been exposed by the government is the tip of the iceberg,” U.S. District Judge said of the sprawling plot in which 35 parents and a smattering of testing personnel and college athletic coaches have been charged. Her sentencing has included time behind bars for each of the parents punished so far.

“If ever there was a case of a need for general deterrence,” the judge said, “this is one of those examples.”

“Desperate Housewives” star was the first parent to be sentenced, followed by two Los Angeles businessmen, who drew four-month prison terms for paying hundreds of thousands of dollars to get their sons into elite schools, one as a bogus water polo recruit and the other as a fake tennis star.

Caplan’s sentencing marked a dizzying descent for the once-highflying New York M&A lawyer. When he rang in the new year, he was a star at Willkie, which ranks 50th on the American Lawyer’s 2019 list of the top 100 law firms. The ranking cited profit per equity partner of $3.1 million. 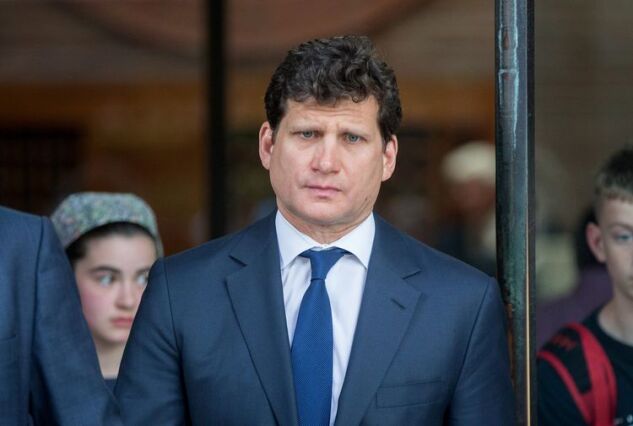 Now he is due to report for incarceration on Nov. 6 -- a shuddering ride from top Wall Street lawyer to convicted felon and federal inmate all in the space of eight months.

“I disregarded the values I’ve had throughout my life,” Caplan told Talwani just before she sentenced him. He said “the real victims of this crime are the kids and parents who play by the rules in the college admissions process.”

The 53-year-old attorney must also pay a $50,000 fine and do 250 hours of community service. In July, the Attorney Grievance Committee in New York imposed an interim suspension and will order full disciplinary action soon after the sentencing, his lawyers said.

Caplan had asked for 14 days in jail, if he had to be incarcerated at all. He noted that the judge gave Huffman two weeks behind bars for having her own daughter’s scores rigged. Prosecutors had asked for a prison term of eight months, arguing Caplan showed a striking moral indifference, especially for a lawyer at the top of his profession.

In a phone conversation that the scheme’s ringleader, Rick Singer, secretly recorded as part of a deal with the government, he assured Caplan that lots of wealthy families were using his services. Walking him through the racket, he said his daughter would “be stupid” in a psychological evaluation in order to get a learning-disability designation. That way, she could take the exam over two days at a special center where Singer had placed one of his confederates.

“That a lawyer who has reached the apex of his profession could engage in such blatant criminality reveals a staggering disdain for the law,” Assistant U.S. Attorney Eric Rosen said in a court filing before the sentencing.

The defense had blamed the stress of Caplan’s “family situation,” referring to circumstances redacted in court papers, and pointed to “the outsized role that money and special advantages already play” in college admissions.

“Gordon knows now that he allowed himself to fall prey to his own ego and ambitions for his children, confusing a desired result with what was best for his daughter,” Caplan’s lawyers wrote in a court filing before the hearing.

“The court is faced with the daunting task of deciding what additional punishment -- beyond his reputation, the fundamental breach of his daughter’s trust, his forfeited livelihood, and the destruction of his legal career -- is sufficient,” they wrote to Talwani. They said he was now “a broken man.”

In court on Thursday, Caplan’s lawyer Joshua Levy took aim at the government’s claim that Caplan’s good character, burnished by his high standing in the law, were an act.

“That’s a cheap shot,” he said. He pointed to dozens of letters written in support of Caplan, many under seal because they involve his helping others get through “mental illness, suicide and sexual abuse.”

“He’s a man who made a grave error in judgment, but he’s not a man who faked it through all the work he’s done,” Levy told the court.

(Updates with judge’s reasoning in the fourth and fifth paragraphs and details of the case under the blue Read More line.)

To contact the editors responsible for this story:
at dglovin@bloomberg.net; Peter Jeffrey, Peter Blumberg