A showdown over college affirmative action at the US Supreme Court next week pits the court’s liberal wing against Chief Justice and his dream of a constitutional ban on racial preferences. 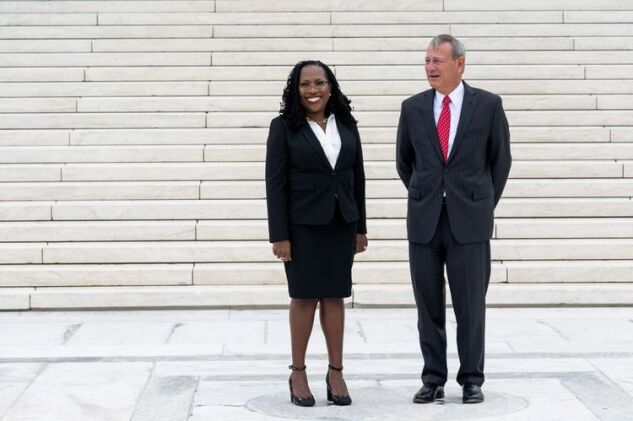 The court will hear arguments Monday on admissions policies at Harvard College and the University of North Carolina in cases that could mean fewer Black and Hispanic students at selective universities. The schools are battling an interest group that seeks to overturn decades-old precedents letting colleges consider race in choosing students.

Proponents say the practices help create a diverse campus, benefiting students of all races, while critics say the universities are simply engaging in racial discrimination. The broader question is whether the Constitution and federal civil rights laws are colorblind, banning discrimination no matter what race the victim is.

New Justice signaled the opposite conclusion earlier this month in a voting rights , saying constitutional amendments enacted after the Civil War were designed to authorize race-based governmental policies.

“The framers themselves adopted the equal protection clause, the Fourteenth Amendment, the Fifteenth Amendment, in a race-conscious way,” said Jackson, the court’s first Black female justice.

The cases threaten to drive yet another wedge through a divided country. They will test whether constitutional provisions enacted to protect newly freed slaves can be used to thwart policies that benefit those slaves’ descendants -- but arguably penalize others.

They could also recast the 1964 Civil Rights Act, a law that was aimed at eradicating racial segregation and is now being wielded as a tool to dismantle affirmative action.

Roberts and Jackson will be part of what could be an ideological chasm on the court. The six-member conservative wing includes , the court’s only other Black justice and a fierce critic of racial preferences. Thomas, who was admitted to Yale Law School when it had a robust affirmative action program, has argued that preferences stigmatize Black people.

It also features Justice , who as a private lawyer in 1999 predicted that within 20 years, the court would reach the “inevitable conclusion” that “we are all one race in the eyes of government.”

On the liberal side, Justice tangled with Roberts in a dissent to the court’s 2014 ruling upholding Michigan’s ban on race-based admissions at public colleges, blasting his remarks about racial discrimination as “out of touch with reality.” Sotomayor, the only Latina justice, has said she benefited from affirmative action.

Jackson will take part only in the North Carolina case, having herself from the Harvard fight after a six-year term on that university’s Board of Overseers.

The universities are fighting lawsuits by Students for Fair Admissions, an anti-preferences organization that says its members include unsuccessful applicants to both schools. Run by former stockbroker Edward Blum, the group seeks to overturn decades-old Supreme Court precedents that let universities consider race to help create a diverse student body.

Each party says American history is on its side. Blum’s group says the landmark 1954 Brown v. Board of Education decision established that the Constitution is colorblind, prohibiting officials from favoring one race over another.

“The same Fourteenth Amendment that required public schools to dismantle segregation after Brown cannot be defeated by the whims of university administrators,” the group argued.

Defenders of affirmative action call that a perversion of Brown, which outlawed “separate but equal” racial discrimination in public schools. In court papers, Harvard said Brown addressed laws that “excluded and separated African Americans solely on the basis of race, relegating them to an inferior caste for no reason other than race.”

, president of the American Civil Liberties Union, says the notion of a colorblind Constitution defies reality in a country where race still matters.

“This kind of relentless insistence on colorblindness despite what’s going on in the world does real damage in a world that continues to be shaped by race and racism,” said Archer, who teaches at New York University School of Law and filed a brief backing the universities for the Black Law Students Association. “Ignoring race doesn’t make racism go away.”

But preference opponents are eyeing a chance to reverse decades of precedent and university practice. Race-based admissions have been constitutional since 1978, when a splintered Supreme Court gave them a partial endorsement. Justice ’s pivotal opinion said universities had a First Amendment right to seek diversity in selecting their student bodies.

The Supreme Court reaffirmed that right in 2003. Justice wrote that “in order to cultivate a set of leaders with legitimacy in the eyes of the citizenry, it is necessary that the path to leadership be visibly opened to talented and qualified individuals of every race and ethnicity.”

At the same time, O’Connor suggested affirmative action’s time was running out. “We expect that 25 years from now, the use of racial preferences will no longer be necessary,” said O’Connor, who retired in 2006.

The two cases present distinct issues that will give the conservative majority a menu of ways to rule. The Harvard lawsuit focused heavily on claims that the school’s admissions practices systematically penalize Asian-American applicants.

“What’s involved at Harvard is one minority or two minorities being given preference over yet another minority that has in fact faced discrimination,” said , chairman of the Center for Equal Opportunity. “Not to be too simplistic about it, but it makes it no longer just a black-white issue.”

US District Judge wrote that “there is no credible evidence that corroborates” the claims of discrimination against Asian-American applicants. A federal appeals court upheld her ruling.

The two cases also harbor what could be a significant legal distinction. As a private institution, Harvard isn’t bound by the equal protection clause, which applies only to government actors. The suit against Harvard involves the Civil Rights Act’s Title VI, which covers recipients of federal funds and bars discrimination “on the basis of race, color or national origin.”

The North Carolina lawsuit also invokes Title VI, so the court could strike down both policies on statutory grounds without issuing a broad constitutional ruling that could affect other areas of law, including voting rights.

Either way, the court’s 6-3 conservative majority means Roberts is likely to have the upper hand over Jackson and the court’s liberals.

The outcome is almost “preordained,” said , a Washington appellate lawyer at Akin Gump. “This is the chief’s court on this issue.”