The Justice Department’s inspector general has opened an investigation into whether department staff members sought to use the agency to alter the outcome of the 2020 election and overturn President ’s victory.

The department didn’t say what prompted Inspector General to open the inquiry, but it came after the New York Times reported that Jeffrey Clark, the acting head of its civil division, had discussed a plan with former President to pressure politicians in Georgia to overturn the state’s results. 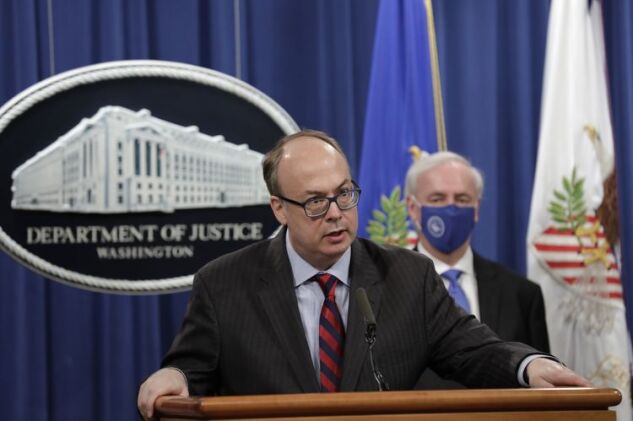 Clark’s name wasn’t mentioned in the department’s two-paragraph release on Monday. He resigned from the Justice Department on Jan. 14, less than a week before the end of Trump’s presidency, and didn’t have a new job lined up at the time. The Times reported on Friday that Clark’s efforts included an attempt to remove then acting Attorney General Jeffrey Rosen, who had deflected Trump’s attempts to use the Justice Department in a baseless attack on the election results.

The inspector general’s office “is making this statement, consistent with DOJ policy, to reassure the public that an appropriate agency is investigating the allegations,” spokeswoman Stephanie Logan said in a statement Monday.

Clark acknowledged meeting with Trump but said he didn’t devise a plan to oust Rosen, or “formulate recommendations for action based on factual inaccuracies.”

“There was a candid discussion of options and pros and cons with the president,” he told Bloomberg Law on Friday, adding that legal privileges prevented him from “divulging specifics regarding the conversation.”

The Justice Department’s role in Trump’s months-long effort to reverse the results of the election adds to a growing list of examples of the former president’s bold attempts to pressure government officials to ignore the law in order to throw out the will of voters.

Clark’s alleged role in this effort has been cited by Democrats in Congress who are seeking to convict Trump in a Senate impeachment trial for inciting the Jan. 6 invasion of the Capitol. They have vowed to open their own investigation.

Before stepping down last month, Attorney General known as a Trump loyalist, told the Associated Press that he had “not seen fraud on a scale that could have effected a different outcome in the election.”

Horowitz, who was nominated for the watchdog post by President Barack Obama and confirmed by the Senate in 2012, has overseen numerous politically charged investigations into the conduct of Justice Department and Federal Bureau of Investigation employees, including fallout from the probe into Russia’s interference in the 2016 election. Investigations by the inspector general, who can make referrals to criminal authorities, can take years to conclude and for the results to be made public.

The investigation into potential meddling in the 2020 presidential election is limited to current and former Justice Department employees, according to the statement Monday.