President Donald Trump is coming under criticism for balking at taking full advantage of Obamacare as the number of people infected with the new coronavirus in the U.S. tops 200,000.

Several congressional Democrats warned Wednesday the decision could leave millions of Americans without health insurance and in need of health services. Critics say that could be Trump’s goal, aligned with his efforts to repeal Obamacare.

“This decision is the height of callousness and irresponsibility,” Sen. (D-N.J.) said in a statement. “We’re in the midst of a global pandemic and people need health care coverage, yet the President is denying people access to it.” 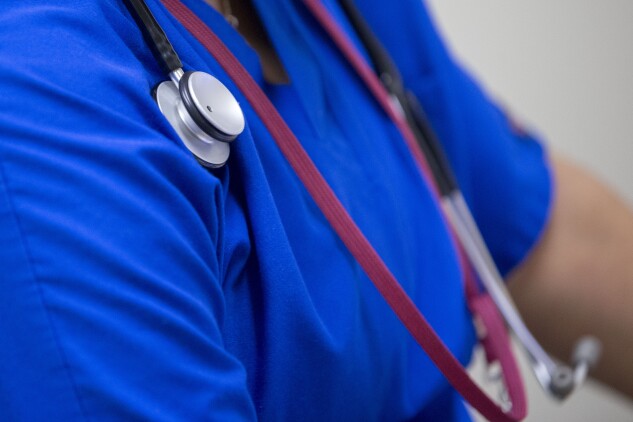 More than 3 million Americans filed for unemployment in mid-March, a historic number prompted by the economic standstill triggered by shutdowns and stay-at-home orders in an effort to slow the spread of the virus. How many of those who lost their jobs are now uninsured remains to be determined, but the number of uninsured Americans began rising again in 2018 after years of historic drops, according to Census figures.

“There’s little doubt that more people are now uninsured as unemployment rises dramatically, but the sad truth is that many people becoming unemployed were in the kinds of jobs that didn’t come with health benefits,” Larry Levitt, executive vice president for health policy for the Kaiser Family Foundation, said. “The retail sector is being hit particularly hard, and it has the lowest rate of health insurance offering of any industry by far.”

People who lose their jobs can already qualify to buy insurance on the individual market or other public programs, a senior White House official said.

If a person had an employer-sponsored health plan but loses their position and that coverage, they would still be able to sign up for health insurance on HealthCare.gov even though there is no special enrollment period.

The White House official also pointed out Trump has supported implementing a program to cover the costs of evaluating and testing those who think they may have the virus.

California recently extended its open enrollment period, and eight others—Colorado, Connecticut, Maryland, Massachusetts, Nevada, New York, Rhode Island, and Washington—have allowed their residents to sign up for insurance on their individual marketplaces because of the coronavirus outbreak. There are 32 states that rely on the federal marketplace, controlled by the White House.

Some of the newly unemployed could get on the Medicaid program, the public health insurance program for the poor.

Lisa Lacasse, president of the American Cancer Society Cancer Action Network, said she will “strongly urge” federal officials to reconsider their decision not to reopen the marketplace.

“The health of our country is dependent on being able to access health care without delay—a need that is heightened as the COVID-19 pandemic spreads,” she said in a statement. “The administration should reverse course and create a special enrollment period immediately.”

Trump may be balking at opening the federal exchange because he doesn’t want to do anything to expand the number of people who benefit from the Affordable Care Act while his administration is trying to get the Supreme Court to strike down the law, said Abbe Gluck, a professor at Yale Law School.

“Politically the more people who benefit from the ACA, the worse it looks for him to be trying to wipe it off the books and possibly harder for the Supreme Court to get rid of a statute on which, at this point, mostly the entire country is relying very heavily on,” she said.

The Supreme Court has agreed to weigh the constitutionality of the ACA in the next term scheduled to start in October. The coalition of Democratic-led states, which stepped in to defend the ACA after the Justice Department refused to, is appealing the U.S. Court of Appeals for the Fifth Circuit decision that left the fate of the law in limbo.

The appeals court found the provision requiring everyone to buy health insurance unconstitutional after the 2017 Congress dropped the tax penalty for those who fail to comply to zero. The panel failed to rule on whether the rest of the law could survive on its own. Instead, the court kicked that question back to the federal judge in Texas who had already found the entire law unconstitutional.

Though California and the other Democratic leaning states would likely use it as ammunition against the administration in this legal battle, some health law scholars say opening a special enrollment period wouldn’t hurt the administration’s case because the ACA is still on the books.

“This is still within their authority,” said Keith. “We’re not going to have a decision on the ACA until next year.”

Many of the states leading the charge to defend the law have their own marketplaces that they’ve been able to reopen, Keith said. The administration’s decision not to open HealthCare.gov is more about political optics than the litigation, she said.

“Is anyone, including the court, really going to hold it against them if they leverage the tools in their toolbox to fight the pandemic?” she asked. “Legally, I don’t know that it has any bearing. Politically it does.”

Allowing people to get health insurance during a crisis even when you didn’t have to shouldn’t, in theory, bear on the constitutionality of the law or whether one provision can be severed from the remainder of the law, she said.

The Trump administration, however, is arguing that the 2017 Congress wanted to get rid of the entire Affordable Care Act when it eliminated the penalty.