Cases and Controversies’ latest Deep Dive episode looks ahead to what may be the biggest argument of the term: the census case, Department of Commerce v. New York.

The justices will hear argumentsApril 23 from lawyers from the Trump administration and New York State on the hot-button issue of whether Commerce Secretary Wilbur Ross was within his rights to add a question for the 2020 census asking whether people are U.S. citizens.

It follows last term’s controversial decision in the travel ban case, where a majority of the court deferred to Trump’s executive judgment, looking past arguments of racial animus.

Bloomberg Law reporters Kimberly Robinson and Jordan Rubin get you up to speed on the census case and discuss, among other things, whether it will turn into a “Travel Ban, Part Two.”

They also talk to Oklahoma Solicitor General Mithun Mansinghani, who filed an amicus brief supporting the federal government on behalf of a coalition of states.

Listen here and stay tuned for more Cases and Controversies. 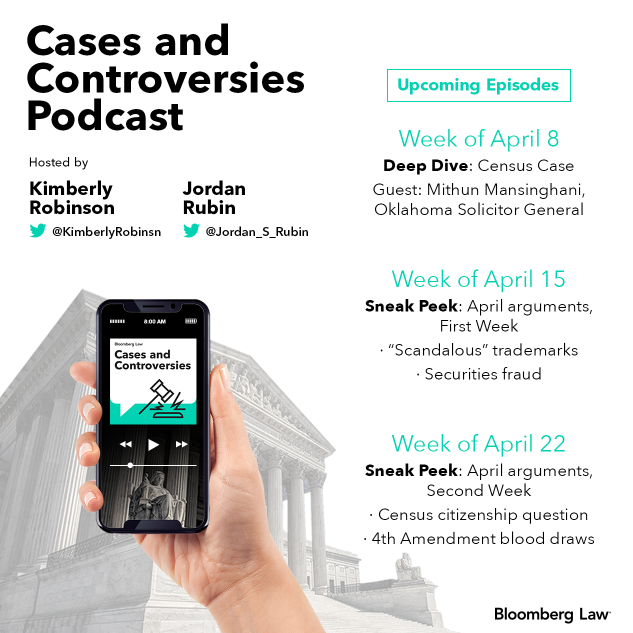