While Democrats have pushed to support expanding the number of justices on the Supreme Court, the presidential nominee has approached the idea warily, saying last week he is “not a fan” of so-called court packing.

Yet Biden signaled that he could support making other changes to the high court as President ’s nominee heads toward certain confirmation by the Senate just days before the Nov. 3 election. 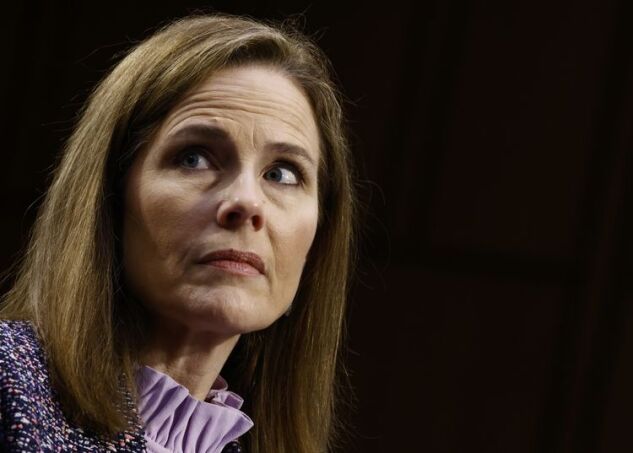 If Democrats take both the White House and Senate, they would have a wide array of options to consider. The idea with the most momentum is expanding the number of seats on the court. The Constitution has never specified the number, and it has changed over time. A handful of high-profile Democrats have voiced support for the proposal, including House Judiciary Committee Chairman and former Attorney General .

Here are five other proposals gaining traction with Democrats.

The push to introduce term limits for Supreme Court justices got a major boost last month, when House Democrats introduced a bill proposing 18-year terms for new justices, instead of the lifetime appointments justices have now. Under the proposal, every president would get to nominate two justices per term.

Proponents argue that Supreme Court term limits would reduce the stakes of individual confirmation battles and create an orderly, predictable transition process. “The future direction of the law shouldn’t be based on the arbitrariness of when 79-year-olds and 87-year-olds die,” said Gabe Roth, who runs the judicial reform group Fix The Court. Term limits would not alter the balance of the current court, however, which would have a 6-3 conservative majority if Barrett is seated. It’s also not entirely clear whether term limits themselves would be constitutional.

A handful of academics and liberal thinkers are arguing for drastic -- and controversial -- structural changes that would limit the power of the court to review laws, rather than simply alter its ideological makeup. One of the most popular ideas is known as “jurisdiction stripping.”

In theory, a Democratic Congress could pass laws like the Affordable Care Act or the Green New Deal with a provision stipulating that the legislation lies outside the bounds of Supreme Court review. Under variations of the jurisdiction-stripping proposal, Democratic lawmakers could also limit the ability of lower courts to review legislation or could confine legal challenges to geographic regions where courts are generally sympathetic.

Scholars have long debated whether such jurisdiction stripping would be constitutional. But as Chief Justice noted when he worked for the Justice Department in the 1980s, Article 3 of the Constitution gives the Supreme Court jurisdiction over constitutional issues with “such Exceptions, and under such Regulations as the Congress shall make.”

But one party’s control of Congress doesn’t always last long, and if Democrats pass such measures, a Republican-led Congress could also strip the court of the ability to review its laws.

Many of the Supreme Court’s most consequential decisions are decided in tight 5-4 votes, split along ideological lines. Some have proposed instituting a supermajority requirement for the court’s vote in certain high-profile cases, especially challenges to legislation passed by Congress. Such a reform could protect ambitious progressive proposals, like Medicare for All or the Green New Deal. The exact terms of the rule are up for debate: In theory, Congress could require a two-thirds vote, or even unanimity.

“It would basically require so much agreement that it’s very unlikely that very controversial and divisive rulings could be issued,” said Sam Moyn, a law professor at Yale who has studied Supreme Court reforms.

When he was running for president, endorsed a variation on court packing that was first outlined in an influential paper by law professors Daniel Epps and Ganesh Sitaraman. Under the proposal, the court would start with 10 justices, five chosen by Democrats and five by Republicans, all with lifetime appointments. Then those 10 justices would select an additional five from the federal appeals courts, who would join the Supreme Court for one-year terms.

An ideologically balanced, 15-member bench “brings back the possibility of a Supreme Court that is not wholly partisan,” Epps and Sitaraman wrote in the 2018 paper. “The permanent, partisan-affiliated Justices would have to agree on colleagues who have a reputation for fairness, independence, and centrism.”

Epps and Sitaraman argue that Congress would have the authority to enact a “balanced bench” system through legislation. But when Buttigeg endorsed the proposal, critics called it overly complicated and argued that it would require a constitutional amendment.

In the same 2018 paper, Epps and Sitaraman also proposed a lottery system for Supreme Court appointments. The proposal calls for every judge on the federal appeals courts to also be appointed as an associate justice on the Supreme Court. Every two weeks, a panel of nine justices would be selected randomly from that pool to hear cases, with each panel limited to no more than five judges nominated by a president of the same political party.

Senator endorsed the lottery proposal in early 2020. In theory, the idea is simply a variation on court packing, which is generally accepted as constitutional. “The proposal formally expands the size of the court to some 180 judges, then provides for how the court would hear the cases,” Epps and Sitaraman wrote.