was freed from prison after his conviction for sexually assaulting a employee in 2004 was overturned by Pennsylvania’s highest court, in a startling epilogue to a case that became an emblem of the #MeToo movement.

Cosby was released from Phoenix state prison outside Philadelphia, where he’s served two years, nine months of a prison sentence of up to 10 years. The ruled Wednesday that the state violated his rights when it failed to follow through on an agreement not to prosecute him. The court said Cosby, 83, can’t be retried on the charges.

After his release, Cosby appeared briefly outside his home, standing with his legal team and wearing a t-shirt from Philadelphia’s Central High School, which he attended years ago.

“We always thought that, eventually, this is where we would end up,” Brian Perry, a lawyer for Cosby, told reporters. “It’s a good day for the Cosby family.” 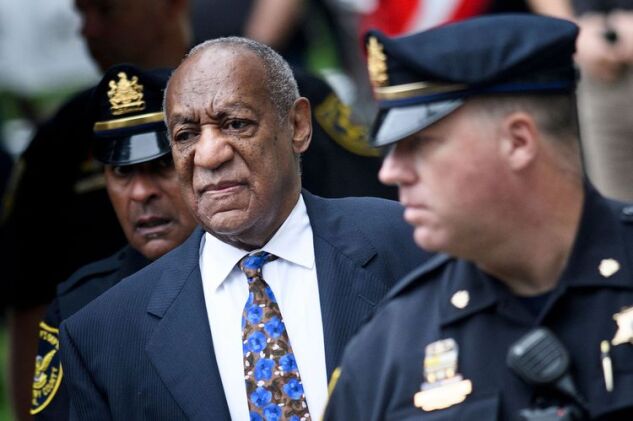 The court faulted the district attorney’s office, which had said it wouldn’t prosecute Cosby for the sexual assault of Andrea Constand. Constand, 37 years his junior, claimed the entertainer had attacked her at his home in Cheltenham, Pennsylvania. With prosecution ruled out, Cosby was forced to give testimony in Constand’s civil suit, without the risk his statements could be used against him criminally.

“There is only one remedy that can completely restore Cosby to the status quo ante,” Justice wrote for a majority of the court. “He must be discharged, and any future prosecution on these particular charges must barred. We do not dispute that this remedy is both severe and rare. But it is warranted here, indeed compelled.”

Cosby was initially tried in 2017, but that ended in a mistrial when jurors deadlocked on the charges. He was convicted in April 2018 in a retrial.

“He was found guilty by a jury and now goes free on a procedural issue that is irrelevant to the facts of the crime,” Kevin R. Steele, district attorney for Montgomery County, Pennsylvania, said in a statement. “I want to commend Cosby’s victim Andrea Constand for her bravery in coming forward and remaining steadfast throughout this long ordeal, as well as all of the other women who have shared similar experiences.”

Four of the court’s seven justices signed onto the lead opinion ordering Cosby’s release. Two judges agreed that Cosby was forced to give up his Fifth Amendment right against forced self-incrimination, but said he could be retried without his testimony from the civil cases. The remaining judge disagreed with the others on Cosby’s Fifth Amendment claim but voiced concerns about the introduction, at his trial, of testimony from five women who claimed they had also been sexually assaulted by him.

The case was the first time Cosby had faced a criminal charge after years of complaints from dozens of women who said he had drugged and assaulted them. Cosby has consistently denied the sexual-assault allegations.

Cosby, formerly a successful comedian and actor, is best known for playing Dr. Cliff Huxtable on the family-friendly television hit “The Cosby Show” for eight seasons beginning in 1984. The myriad assault allegations led to the cancellation of some of Cosby’s one-man shows, stopped the development of a TV project and resulted in his resignation from the board of trustees of Temple University.

Cosby has been sued in numerous civil cases. Most of the women who have accused him were allegedly assaulted too long ago to fall within statutes of limitation that bar prosecutions for crimes that are too old.

“It does not appear that there are any other criminal cases that could be filed,” , who represented most of the women who testified about their assaults in Cosby’s trial, said in a Zoom press conference Wednesday. One of her clients told her she was “stunned by the decision,” she said.

Constand met Cosby through the basketball department at Temple University in Philadelphia, where she was the director of operations for the women’s team, and came to think of him a mentor and a friend, according to prosecutors. She reported his alleged attack on her in January 2005, almost a year later. The initial investigation resulted in no criminal charges. The probe was reopened after a federal judge unsealed court papers in Constand’s civil suit, which was filed in March 2005 and settled in 2006.