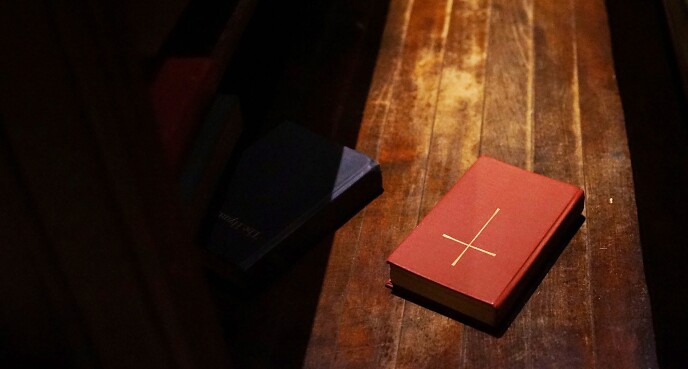 A suit claiming an Oklahoma church violated a man's rights when it publicized his conversion to Christianity is at the U.S. Supreme Court.
Spencer Platt/Getty Images

John Doe knew he’d be a marked man in his native Syria if word got out that he’d converted from Islam to Christianity in the United States, where he’s lived for most of his adult life.

So, he says, he asked The First Presbyterian Church USA of Tulsa, Okla., to keep his conversion secret. The church’s practice, though, is to publicize its baptisms. Four days after Doe arrived in Damascus, notice of his conversion hit the internet. Then what Doe feared, happened: a relative discovered the baptism in a web search of his name.

He says he was kidnapped, forced into a 55-gallon electrified drum, tortured and told he’d be beheaded. Doe says he managed to escape after “several days” by killing one of his captors— his uncle. The ordeal never would have happened, he says, if the church had kept his secret.

Sensational as his allegations are, Doe’s legal case against the church has centered less on his tort and breach of contract claims than on whether he has the right to sue at all. That question has landed at the U.S. Supreme Court, which on Jan. 18 will consider whether to take up the church’s appeal of a 2017 Oklahoma Supreme Court ruling in Doe’s favor.

While the court “has more frequently had cases about government aid to religion or public displays, these cases about preserving the autonomy of religious organizations are another important aspect” of the court’s jurisprudence under the First Amendment’s religion clauses, said Clement, of Kirkland & Ellis LLP in Washington.

Mayer Brown LLP, Washington, represents Doe. An attorney for Doe, whose case was filed under a pseudonym for his protection, declined to comment.

Under a so-called religious autonomy doctrine rooted in the First Amendment’s free exercise and establishment clauses, civil “authorities are not to probe into the meaning, importance, or validity of religious questions,” Carl H. Esbeck, a law professor at the University of Missouri School of Law who focuses on church-state relations, said.

Scholars disagree over whether the doctrine even exists, and Doe argues that adopting the church’s interpretation of religious autonomy would lead to absurd results. Extremists could assert that female genital mutilation is a requirement of religious doctrine that is protected from state interference, Doe says in court papers.

Establishing a right of church autonomy could affect sex abuse cases in which religious organizations assert a right to be free from government interference, said attorney Marci A. Hamilton, a senior fellow in the Program for Research on Religion at the University of Pennsylvania and an advocate for child sex abuse prevention.

“There is no such thing as a church autonomy doctrine,” and the Supreme Court has never embraced it, she said.

A critical question in Doe’s case is whether it matters that he wasn’t an official member of the Tulsa church.

The church wants the high court to decide if the religious autonomy doctrine applies only to a church’s actions involving one of its members. The Oklahoma Supreme Court placed that limitation on the doctrine, according to the church.

That limitation would require courts to decide who is a member, and would leave unprotected those religious organizations that don’t have membership requirements, the church said.

Doe argues that the state court ruling revolves around consent rather than membership. The doctrine doesn’t protect the church because he never consented to the church’s authority over him on the matter of being baptized, he says.

But that narrow protection didn’t equate to saying courts can’t touch anything church-related, Tuttle said. Though state courts may recognize the religious autonomy doctrine, the high court hasn’t, he said.

But “as the Supreme Court has long recognized, it is a foundational principle of religious liberty that ensures religious institutions are able to determine matters of religious doctrine and internal governance free from government interference.”