"I Voted" stickers are seen at a polling station at Rose Hill Elementary School during the midterm primary election on June 21, 2022, in Alexandria, Va.
Photographer: Alex Wong/Getty Images

State supreme court elections—including some where control could change with the flip of a single seat—are driving $57 million in political ads as Republicans and Democrats vie for judicial power.

Roughly a quarter of all state supreme court seats are on the line, with 84 races across 30 states. Those courts can define, protect, or nullify laws touching every major policy, including abortion, redistricting, voting rules, and taxes.

The races attracting the most attention—and money—are “where democracy in general is going to run through state courts,” said Garrett Arwa, interim executive director for the National Democratic Redistricting Committee.

“These are battlegrounds for everything,” said Arwa, whose group has spent about $1 million on state Supreme Court contests. “Abortion heightens the partisanship in the races.” 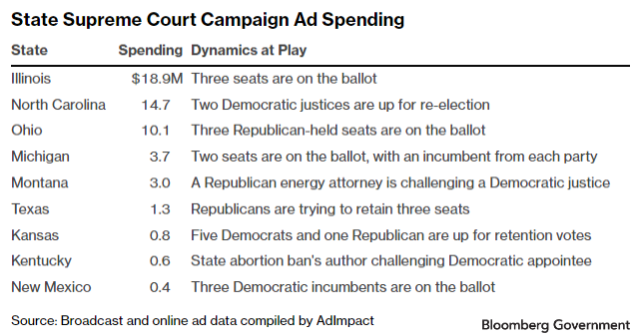 Of the $57 million in ads logged so far by the tracking firm AdImpact, roughly $47 million is concentrated in Illinois, North Carolina, Ohio, and Michigan—states where the flip of just one seat could change which party’s in the majority.

So far, Republican campaigns and groups supporting them have bought $31 million worth of ads, versus $24 million from Democratic judicial candidates and their backers.

The Democrats’ advertising “highlights issues that aren’t top of mind for voters or even issues state courts have agency on,” said Andrew Romeo, spokesman for the Republican State Leadership Committee, which is spending at least $5 million this cycle.

“We are laser-focused on educating voters about how conservative judges are the best choice for improving their financial and physical security, which are the two most important things driving Americans to the polls this November,” he said.

Of that, roughly $18.9 million worth of TV and social media spots were placed in Illinois, where Republicans are within striking distance of flipping a Democratic Party-dominated court for the first time in 50 years.

One Democrat, Mary Jane Theis, is up for a retention election. Two other seats, held by Democrat Robert Carter and Republican Michael Burke, are up for partisan elections. If Republicans win both they’ll take the majority of seats on the court.

Ken Griffin, the billionaire founder of hedge fund Citadel and richest man in Chicago, has given more than $10 million in the past two years to a group supporting Republican justices. Frustrated by city and state politics, Griffin has said he’s moving Citadel to Miami.

Gov. JB Priztker (D), also a billionaire, has given $1 million to both of his party’s candidates for the contested seats. His gubernatorial campaign transferred $500,000 to each judge’s campaigns in September and in late October he sent another $500,000 to each campaign from a trust fund. 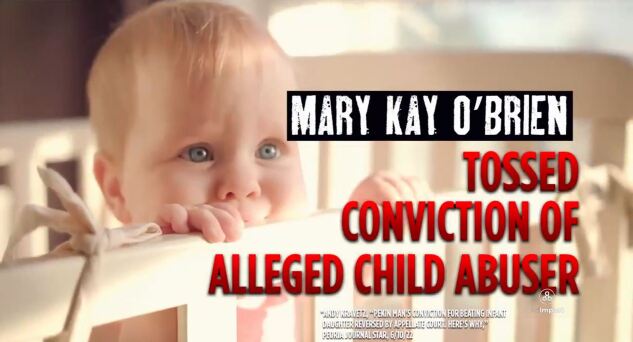 Republicans and aligned outside groups are spending $7.7 million in these races. They’re running ads supporting Burke, saying the justice is “tough on crime” while his opponent, Mary Kay O’Brien is “dangerous” for reversing some convictions as a state appellate judge.

Another ad links O’Brien to former state House speaker Michael Madigan, who was indicted this year in connection with a bribery scheme.

Democrats are outspending the GOP with more than $11.2 million in ads. One representative spot says “women’s freedom to choose in Illinois is at risk,” and touts O’Brien’s endorsement by abortion-rights groups.

Democratic nominees hold a 4-3 majority, and two Democratic justices, Robin Hudson and Sam Ervin, are up for re-election.

The biggest spender, an outside group called Stop Liberal Judges, has put roughly $5 million into its ad campaign. One ad features a worried mother watching as her child leaves home for trick-or-treating while she accuses Democratic incumbents of being “soft on crime” for invalidating a state law that required monitoring of people convicted with sexual assault crimes. 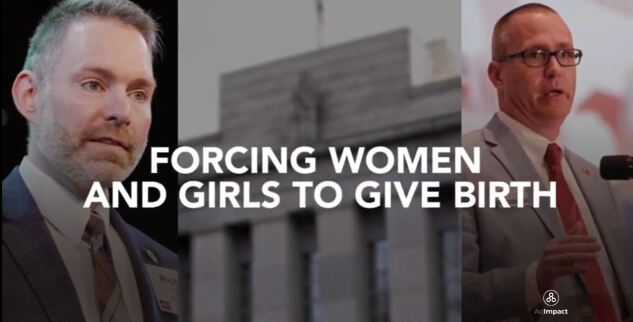 One of their ads says GOP contenders could allow the state legislature to “criminalize abortions, forcing women and children to give birth.” The ad also touts how the Democratic justices received endorsements from Planned Parenthood.

The state’s Republican party didn’t respond to a request for comment.

In Ohio, where ad spending eclipsed $10 million, Republicans are playing defense in three races. If they lose even one, Democrats will gain a court majority.

Ohio Democratic Party Chair Liz Walters said redistricting and abortion rights are the two biggest questions that will come before the court, and those issues are driving “a kind of consciousness about the court from voters that we hadn’t seen before.”

The group Ohioans For Justice and Integrity’s ad campaign says Republican judicial candidates “aren’t tough on crime, they’re tough on victims” because the justices didn’t act on a suit challenging Ohio’s abortion ban, which has no exception for rape or incest.

Ad by Ohioans For Justice and Integrity

“There has never been a more important election for the Ohio Supreme Court, and Ohioans will elect thoughtful jurists who will rule based on how the law is written, not what they think it should say,” Ohio Republican Party chairman Bob Paduchik said in an email.

The Ohio State Bar Association urged the Republican State Leadership Committee to take down an that calls the Democratic candidates “soft on crime” and “reckless” due to legal decisions siding with criminal defendants against prosecutors. 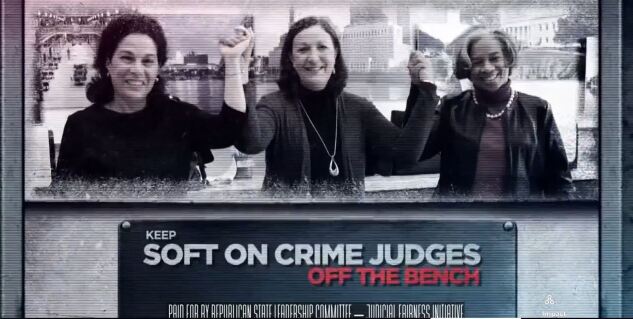 The committee, which has spent $2 million in Ohio, will “stand behind our ad and this request only makes us all the more confident that our efforts are working,” spokesman Romeo said in an email.

Liberal group Forward Justice cut its own ad claiming that two of the Republican candidates “sided with pedophiles and the people that fund their campaigns instead of victims.” The group cites a dissent from the candidates to taking an appeal challenging Ohio’s damages-capping statute as applied to children subjected to sexual abuse.

Roughly $3.7 million has been spent in Michigan, with liberal groups outspending conservatives roughly $2.4 million to $1.2 million.

The 4-3 majority Democrat-controlled court is considering a challenge to a 1931 abortion ban that doesn’t include exceptions for rape or incest, and redistricting challenges are likely to be settled by that court as well.

Republicans would have to win both contested seats to retake a majority they lost two years ago. 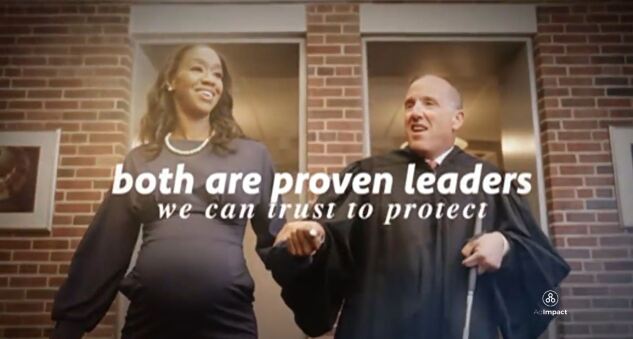 Justice for All broadcast ad

The group Justice for All is running an ad promoting Democratic incumbent Richard Bernstein, the first blind member of the state high court, and candidate Kyra Harris Bolden, vying to become the first Black woman on the court. The ad says they’ll protect “reproductive freedom, voting rights, and justice for working families.”

Republican contender Paul Hudson’s ad shows him playing baseball with his son and pledging, “I’ll be fair, I’ll be impartial. I’ll block out the noise and just call those balls and strikes.” 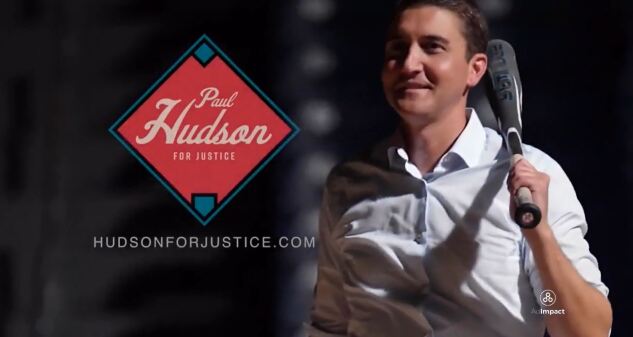 Along with the big-spending states, AdImpact has tracked broadcast and social media ads in Alabama, where a primary garnered $3.4 million in Republican ad spending, and Arkansas, where $125,8000 in ads have aired in a technically nonpartisan election in which a Republican-aligned candidate seeks to oust an incumbent justice.

Spending in state judicial races will continue to rise because of state courts’ growing importance in election law, redistricting, and abortion litigation, said Christina Polizzi, spokeswoman for the Democratic Legislative Campaign Committee, which added state supreme court spending into their strategy for the first time this year.

“We as a committee are trying to bring more attention to these levers of power that are often overlooked,” she said.

(Updates with ad from liberal group criticizing GOP Ohio justices for voting against hearing a case about sexual abuse and children.)

To contact the editors responsible for this story: at krizzo@bgov.com; at sstern@bloomberglaw.com