A pair of self-described conservative lawyers are leading the fight to shut down the U.S. election conspiracy theory, pitting themselves against some of the loudest voices on the right.

Tom Clare and Libby Locke, a married couple who run their own boutique firm, represent in lawsuits against , and MyPillow CEO seeking a total of $3.9 billion for falsely claiming its voting machines were used to steal the 2020 election. Their battle is at the heart of an effort to stop a continuing stream of disinformation from ’s supporters—and they haven’t ruled out suing Trump himself.

The two lawyers, whose clients have included and Project Veritas, stress that their firm is apolitical, representing high-profile Democrats, too.

“Reputation and truth are nonpartisan issues, and that’s how we are too,” Clare said of the firm he and Locke set up in 2014 after leaving white shoe . “The meta issues in the party are way above my pay grade. I’m going to leave it to Congress to sort that out. My piece of this is to set the record straight.” 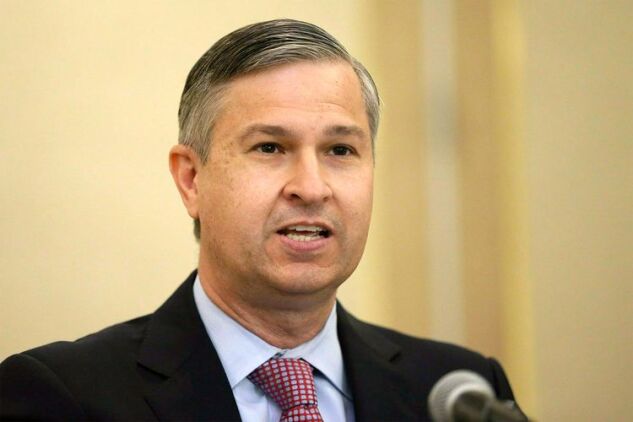 Clare Locke LLP’s trio of $1.3 billion defamation suits is already having an impact beyond the courtroom. Right-wing news outlets One America News Network and Newsmax as well as Fox have distanced themselves from the wilder assertions. The Alexandria, Virginia, firm sent all three cease-and-desist letters, possibly the prelude to lawsuits against them.

“Their echoing of the false claims clearly had a big effect on the public,” Lawrence Norden, director of the election reform program at NYU Law School’s Brennan Center for Justice, said of the networks. “Ultimately the truth is important, and the more we can get truth on the record, the better,” said Norden, who isn’t involved in the litigation.

Clare says his priority is to save Dominion’s reputation but that if the company wins, it would also help “vindicate” the U.S. election system in the minds of future voters.

And if he loses? The defendants would almost certainly trumpet their legal victory as proof of their broader theory, doing still greater damage to Dominion’s reputation—and voters’ faith in elections. Even if Dominion prevails, it risks potentially embarrassing public disclosures from the litigation process, as in any case, and may end up spending a small fortune only to find that the defendants can’t afford to pay the damages.

Risks and all, Zipursky thinks Dominion has an “extremely powerful” case that the conspiracy theory is false and “fantastically injurious” to its reputation. The key question is whether it can prove the defendants knew the allegations were false or were reckless in making them. Dominion has “pretty powerful evidence of at least recklessness” and seems to have a strong case that the defendants “knew it was all made up,” he said.

The theory is that Dominion employees conspired with thousands of election workers to flip millions of votes away from Trump as part of a plan conceived by “globalists” and financed by communists, and that Dominion’s software goes back to fraudulent Venezuelan elections to keep in power.

Neither Giuliani, Powell nor Lindell responded to messages seeking comment on the lawsuits.

Clare, the son of a U.S. Navy aerospace engineer and a homemaker, is loath to criticize Trump, or the Republican Party, for embracing the fantasy that the election was stolen. The 50-year-old litigator, who has practiced defamation law for more than two decades, emphasized that the 11-lawyer firm takes on work from the left, right and center. In addition to hidden-camera provocateur Project Veritas, it represents Democrat , and Locke advises Virginia Lieutenant Governor , also a Democrat, whose against CBS was dismissed.

Still, politics has a way of finding the two, who married after jumping ship together at Kirkland. Facing off against the likes of Powell and Giuliani has brought threats to the young firm as well as to its new client’s employees.

“These lies resonate with people,” indicating “the damage that’s been done to Dominion,” Clare said. 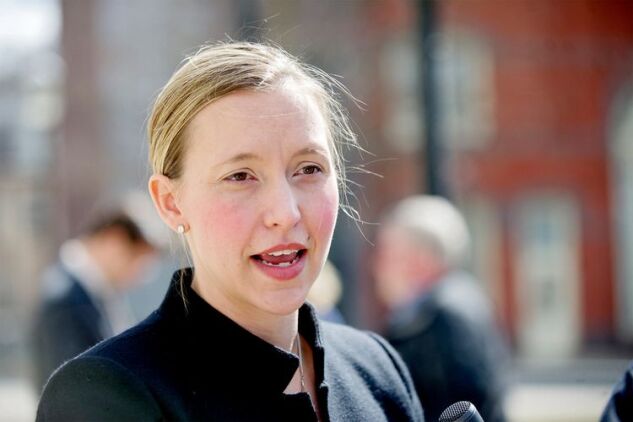 Locke, a 50-50 equity partner in the firm, joked that her husband’s name comes first because “he has more gray hairs.” Founding the firm was a thrill for Locke, 41, who was following her entrepreneurial parents, she said. Her father started a small insurance company when she was an infant, and her mother, who enlisted in the Army and volunteered to go to Saigon during the Vietnam War, was a pediatric emergency room nurse for years before she launched a business breeding Labrador Retrievers. Her dad served, too, in the Georgia Air National Guard.

“One of my early memories is of helping my mom answer the phones and filing client applications in my dad’s insurance business when he deployed stateside as a reservist during Operation Desert Storm,” Locke said. “I was in the fifth grade, and even at that early age I remember being excited by both the freedom and responsibility that comes with owning a small business.”

The couple have five children, including two each from previous marriages. Locke says she has the same hobbies as her daughters—dressage and gymnastics. Clare, who got a pilot’s license in college, enjoys flying.

They decided to found their own shop after realizing how much business they were losing in turning down cases that posed conflicts of interest with Kirkland’s other clients.

Marrying your business partner has its rewards, Clare said. The couple took their two-year-old daughter with them when they went to trial for Republican donor against over false comments made about him during a proxy contest. The kid stayed at the hotel with a nanny. The parents won a $26 million jury verdict.

Other notable Clare Locke victories include one on behalf of Palin—a champion of Trump who has supported the baseless story of rampant voter fraud. Palin sued the in 2017 for publishing an article she claims falsely linked her to the 2011 shooting of former U.S. representative . The suit was dismissed, and Palin hired Clare Locke to represent her on appeal. In 2019, a federal appeals court revived the case, which is heading for trial as soon as this year with her earlier lawyers.

Project Veritas is also battling the Times. In a complaint filed in November, it disputes an article that said one of its investigative pieces alleging voter fraud in Minnesota’s Somali community was deceptive. The newspaper’s motion to dismiss the suit is pending.

Palin’s lawyers didn’t return a call seeking comment. Project Veritas didn’t respond to a message. The Times has said Palin’s suit is without merit and that Project Veritas has a long history of deceptive publication.

Bloomberg News is among the media outlets the law firm has battled with in court.

Dominion hired Clare Locke off a string of high-profile victories including the Eshelman award and a $3 million jury verdict against Rolling Stone in 2016 in a brought by a University of Virginia dean over a fabricated account of a gang rape at a frat house. Like those suits, Clare said, the Dominion case is a simple matter of fact versus fiction.

Dominion wants to keep the case clear of politics too. Its customers, about 1,200 counties in more than two dozen states, are often heavily Republican, and many went for Trump in November, according to the company’s founder and chief executive officer, John Poulos. Choosing a firm that could achieve that apolitical approach “was a non-negotiable for us,” Poulos said, adding that Clare stood out on a short list of top national defamation attorneys.

“We were impressed with his knowledge and his instinct for defamation law,” as well as his “understanding of how important this was to the future viability of the company,” said Poulos, who started Dominion in a Toronto basement in 2002 and now employs about 300 people.

Clare said the claims about Dominion are unusual in how demonstrably false they are. No evidence beyond unverifiable affidavits has been presented, he said, and those were shot down by judges, appointed by Democrats and Republicans alike, in numerous lawsuits, including several filed by Powell.

That doesn’t mean it will be fast. The Dominion cases could work their way through the courts for years, and even if Dominion wins, it’s not clear whether it has already been permanently damaged, said Zipursky, the Fordham defamation expert.

Just going to court is risky, he said. Dominion is taking the chance that confidential corporate documents and communications will be made public in the exchange of evidence between the two sides. Financial information and details about executives could come to the fore even if they have nothing to do with the allegations in the suits, he said.

“The evidence will show there were people who were working together to spread the lie, and each of them had a different role in its creation, its amplification, its broadcast and its marketing to the people,” he said.

As for a suit against Trump, who tweeted on Nov. 12 that Dominion was “horrible, inaccurate and anything but secure,” Clare said he needed more information.

“We know what people have written about his knowledge and involvement in that, but we don’t know exactly what those interactions were yet,” he said. “We will know when we get people under oath.”

To contact the editor responsible for this story:
at pjeffrey@bloomberg.net