The Senate confirmed as U.S. attorney general, filling a major position in President ’s cabinet and ushering in a new era at the Justice Department.

The 70-30 vote Wednesday in the evenly divided Senate reflected substantial Republican support for Garland, who pledged to make decisions and pursue investigations independently from Biden and the White House. His predecessors and came under withering criticism for bending to political pressure from former President and his allies.

Garland will “restore integrity to the Justice Department,” making sure it “stays out of the fray” while working toward equal justice, Democratic Senator of Delaware said on the Senate floor. 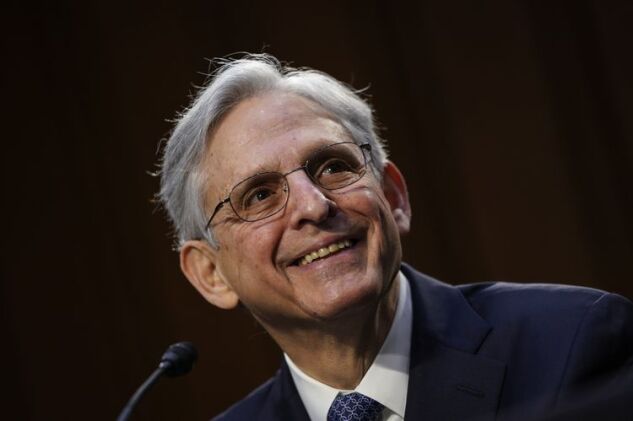 “I’m voting to confirm Judge Garland because of his long reputation as a straight shooter and a legal expert,” Senate Republican Leader said. “Let’s hope that he controls the bureaucrats and leftist subordinates that the president proposes to place under him, rather than the other way around.”

But Senator of Arkansas was among Republicans opposing the nomination, saying Garland “would bow to the radical left” and criticizing his refusal to make commitments sought by Republicans during his confirmation hearing. “Now is not the time for weakness, evasion and obfuscation,” he said.

Garland, 68, is giving up a lifetime appointment to the U.S. Court of Appeals for the District of Columbia, considered second in prestige only to the Supreme Court. The confirmation vote is something of a vindication for Garland, who was nominated to the Supreme Court by President only to have Republicans who then controlled the Senate refuse to take up the nomination.

Garland’s independence will be tested early as he arrives at the department facing a growing list of thorny policy and personnel issues -- from managing the investigation into the deadly Jan. 6 riot at the U.S. Capitol to appointing new U.S. attorneys across the country, and from retooling antitrust oversight of social media giants to considering a possible plea deal in the prosecution of a top executive of Huawei Technologies Co.

He also has pledged to reinvigorate the department’s role in civil rights and voting rights enforcement and is expected to revive “pattern-or-practice” inquiries into potential abuses by police departments. The Senate has yet to confirm the nominations of as deputy attorney general and civil rights attorney as associate attorney general, with some Republicans portraying Gupta as a leftist despite her endorsement by major law enforcement organizations.

Garland said at his confirmation hearing that one of his first acts as attorney general will be getting a briefing on the investigation into the Capitol riot, which was carried out by a mob of Trump supporters trying to prevent the certification of Biden’s election win.

The probe is one of the largest and most complicated ever conducted by the Justice Department and the Federal Bureau of Investigation. As attorney general, Garland will be responsible for deciding whether to issue indictments for inciting the riot, including against Trump.

Garland made no direct reference during his confirmation hearing to calls for criminal charges against the former president for inciting the attack, but he said he’d pursue leads “wherever they take us.”

During a previous stint at the department, Garland led the prosecution of the worst domestic attack in the U.S., the truck bombing of the federal building in Oklahoma City in 1995.

As attorney general he’ll be in charge of reorganizing the department to confront the growing threat of domestic violent extremism. The FBI assesses that racially or ethnically motivated extremists, as well as those with an anti-government and anti-authority bent, pose the greatest terrorist threat in the months ahead.

Garland also plans to meet with who is probing the origins of the FBI’s investigation into Trump’s dealings with Russia. The Durham investigation became a flash point during Garland’s confirmation hearing because he wouldn’t give Republicans an ironclad commitment to let Durham finish the probe and make his findings public.

“I don’t have any information about the investigation,” Garland said. “I understand he has been permitted to remain in his position, and sitting here today, I have no reason to think that that was not the correct decision.”

Garland also will confront decisions about other politically sensitive investigations, including a tax probe into Biden’s son, Hunter, and an inquiry into Trump’s former personal lawyer .

“Decisions about investigations and prosecutions will be left to the Justice Department,” Garland said during his confirmation hearing. “That was the reason I was willing to take on this job.”