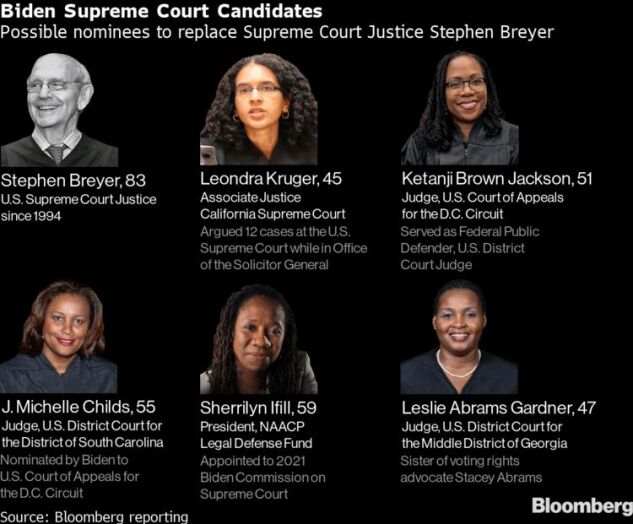 If that happens, Biden’s pick would be the third Black justice and the sixth woman in the court’s history of more than 230 years. Biden could also heed calls from his liberal base to add professional diversity to a court without any former public defenders or civil rights lawyers.

Although the White House has been tight-lipped about its short list, U.S. Court of Appeals Judge and California Supreme Court Justice are the consensus front-runners among Biden’s progressive allies.

Jackson, 51, is a rising star in Washington legal circles, she is a former Breyer clerk and a federal appeals court judge who was in the middle of politically charged disputes during the Donald Trump era. She would bring another dimension of diversity to the Supreme Court as a former public defender.

Jackson was nominated by Obama to the federal district court in Washington, winning Senate confirmation in 2013. In her most prominent case, she ruled in 2019 that former White House counsel Don McGahn had to testify at a House impeachment hearing. 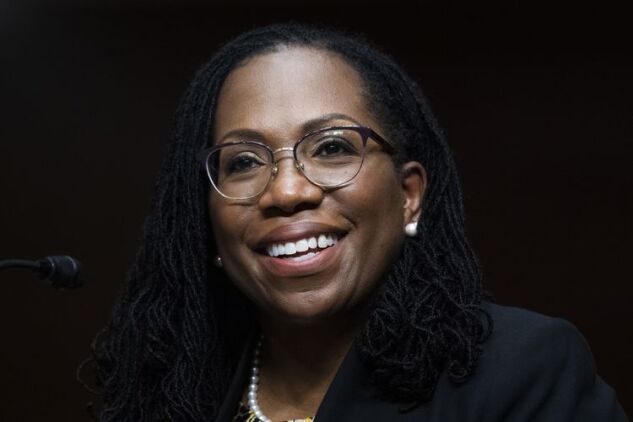 Jackson was nominated by Biden and confirmed last year by the Senate to the powerful D.C. Circuit to take the seat held by now-Attorney General . The D.C. Circuit served as a springboard for future justices, including Chief Justice and Justices and .

Jackson, who grew up in Miami, graduated from Harvard College and Harvard Law School and clerked for two lower court judges before working for Breyer during the Supreme Court’s 1999-2000 term. During Jackson’s district court confirmation hearing, Breyer was quoted as having raved about her intellect and thoughtfulness.

In addition to working in the appeals unit of Washington, D.C.’s federal public defender office, she served on the U.S. sentencing commission and worked for multiple large law firms.

Kruger, 45, offers a mix of strengths that make her one of the odds-on favorites. As a California Supreme Court justice since 2015, she has developed a reputation as a careful, incremental jurist -- a trait that might disappoint some liberal advocates while potentially attracting Republican support.

She would be the youngest Supreme Court nominee since 43-year-old Thomas was selected in 1991. Her age -- she is the youngest of Biden’s potential picks -- means she could easily serve for three decades or more on the high court.

The southern California native has traditional bona fides, including 12 Supreme Court arguments. Kruger clerked for the late Justice and Judge of the U.S. Court of Appeals for the D.C. Circuit and worked in President ’s Justice Department as a deputy assistant attorney general in the Office of Legal Counsel. Her Supreme Court cases came while she was in the solicitor general’s office, where she was named acting principal deputy solicitor general. 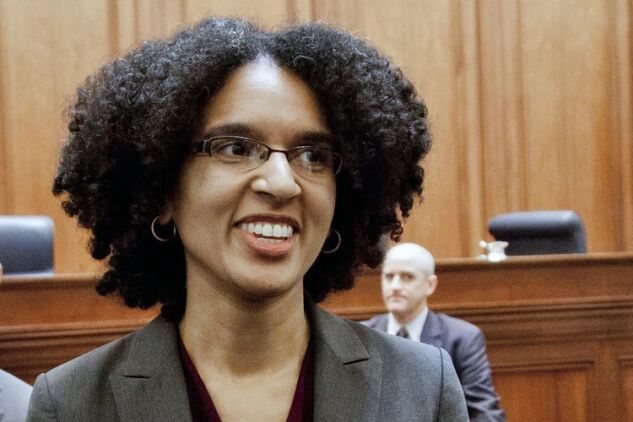 She would stand out as the first justice nominated in three decades with experience as a state supreme court justice. She was appointed by former California Governor and is the second-ever Black woman on that state’s Supreme Court. She is the daughter of a Jamaican immigrant mother and a Jewish father, both pediatricians.

Kruger has written a decision that overturned a precedent and required a warrant for vehicle searches. Another opinion let CNN and other media organizations use a state free speech law to block lawsuits alleging workplace bias or retaliation.

In a 2018 interview, Kruger told the Los Angeles Times that her approach as a judge reflects “the fact that we operate in a system of precedent.”

, 55, may have been considered a long shot given that no federal district judge has been directly elevated to the Supreme Court since 1923. But in December she was nominated by Biden for the D.C. Circuit.

She also has an influential backer in Representative , the South Carolina Democrat whose endorsement of Biden in the 2020 presidential primary helped rescue his flailing campaign. Clyburn told the New York Times in February Childs would be a “good addition to the Supreme Court.”

Childs would bring a different set of experiences to the Supreme Court as a non-Ivy League law school graduate -- she graduated from the University of South Carolina -- and a former South Carolina labor official. 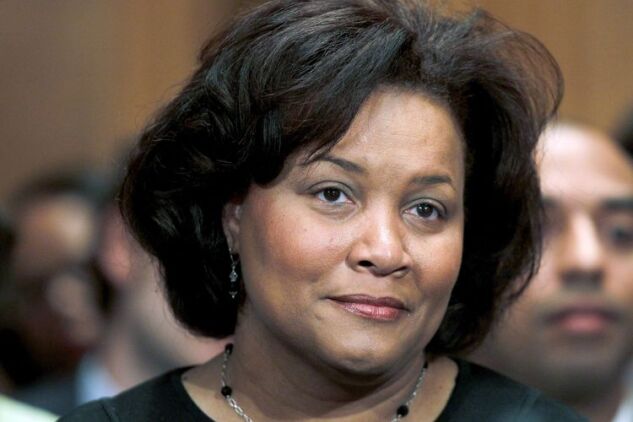 Childs has been a federal judge in South Carolina since 2010 when she was appointed by Obama. Childs’ noteworthy decisions include a 2014 ruling in favor of a lesbian couple who sought to have South Carolina recognize an out-of-state marriage.

Before becoming a federal judge, Childs was a South Carolina state judge, a commissioner on the state workers’ compensation commission, and an official in the South Carolina labor department. She was also a law firm partner, focusing on labor and employment law.

, 59, would be a bold choice and send a strong statement about Biden’s prioritization of civil rights. As president and director-counsel of the NAACP Legal Defense and Educational Fund -- a position once held by the late Justice Thurgood Marshall before he was nominated -- Ifill has been at the center of policy debates and pressure campaigns involving voting rights, police brutality and job discrimination.

“I have a pretty unrelenting view of justice,” she said in a 2013 interview with NYU Law Magazine. “You have to be willing to fight and lose the battle sometimes in order to win the war.”

She has also been involved in recent efforts to push and other social media platforms to do more to combat racism and voter suppression on their sites. 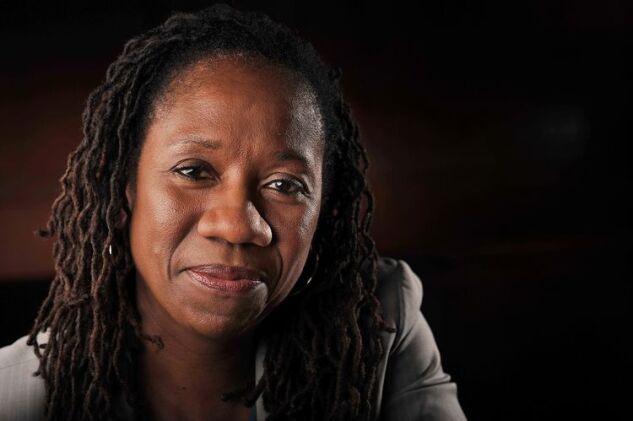 Biden in April selected Ifill to serve on a panel convened to study potential changes to the high court. She is a former professor who spent 20 years at the University of Maryland School of Law in Baltimore. She has written about the importance of diversity among judges in federal and state courts.

Ifill, who spent part of her career at the American Civil Liberties Union, has an undergraduate degree from Vassar College and a law degree from New York University School of Law.

Her age will almost certainly work against her given the push by both parties for younger justices who can serve longer. She would be the oldest new justice since was appointed at age 60 in 1993.

, 47, is another judge who would be making an unlikely leap from serving on a federal district court. A former prosecutor nominated by Obama in 2014, she became the first Black female federal judge in Georgia, winning confirmation 100-0.

She graduated from Brown University and Yale Law School and, as a private attorney, represented big corporations including Alphabet Inc.’s Google and Bank of America Corp.

Although her resume may not excite progressives seeking more professional diversity on the federal bench, Gardner understands the criminal justice system in a way few justices have.

Her husband was wrongly imprisoned for 26 years for a rape and robbery he didn’t commit before getting exonerated. Jimmie and Leslie Gardner met and were married after his release. Her brother, Walter, has been incarcerated and experienced mental health and substance abuse problems.

Conservatives would likely focus on her ties to her sister, voting rights activist , who ran for governor of Georgia in 2018 and was behind get-out-the-vote efforts that flipped the state blue in 2020.

(Updates with graphic on contenders.)