won the presidency promising to bring Americans together. But now his administration is sure to come under pressure from some Democrats to risk exacerbating divisions by investigating and prosecuting

It would be a turnabout of the “Lock him up!” chants regularly directed at Biden by Trump’s supporters at campaign rallies.

Although Biden has said that prosecuting a former president would be a “very unusual thing and probably not very good for democracy,” he also vowed in an NPR interview in August that he wouldn’t “interfere with the Justice Department’s judgment of whether or not they think they should pursue the prosecution of anyone that they think has violated the law.” 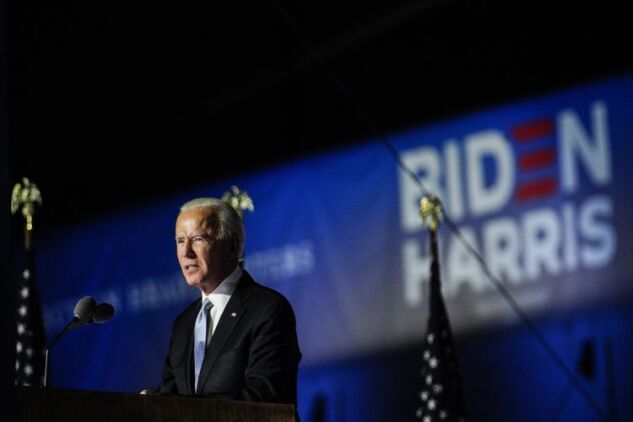 Joe Biden said he wouldn’t “interfere with the Justice Department’s judgment of whether or not they think they should pursue the prosecution of anyone that they think has violated the law.”
Photographer: Sarah Silbiger/Bloomberg

With Republicans likely to retain control of the Senate, Biden’s nominee for attorney general will be sure to face tough questioning during confirmation hearings about the new administration’s intentions toward Trump. And Republican-led committees could strike back by amping up the investigations of Biden and his family’s finances that they’d already begun.

It’s a real question because on Jan. 20 Trump will lose the immunity from federal criminal indictment that sitting presidents are granted under Justice Department policy. Prosecutors could revive the investigation into campaign-finance violations that resulted in a three-year sentence for Trump’s former lawyer and fixer and re-examine the instances of possible obstruction of justice that former Special Counsel uncovered in his probe into Russia’s 2016 election interference.

Democratic lawmakers who led congressional investigations of Trump and backed his impeachment have long vowed to press on once he was out of office. Among them: Senator , Biden’s vice president-elect, who as a candidate in the Democratic presidential primaries said that her Justice Department would likely pursue criminal obstruction of justice charges against Trump.

Now, though, she’s echoing Biden’s formulation, saying last month on ABC’s “The View” that the Justice Department’s leaders will make the decision based on the evidence and “without any interference from the White House -- period.”

Before the election, Trump publicly prodded Attorney General to prosecute Biden and former President , asserting without evidence that they joined with “deep state” forces in the FBI to spy on his 2016 campaign. Former federal prosecutors who criticized Trump and Barr for politicizing law enforcement say Biden should stay out of any investigation of Trump. 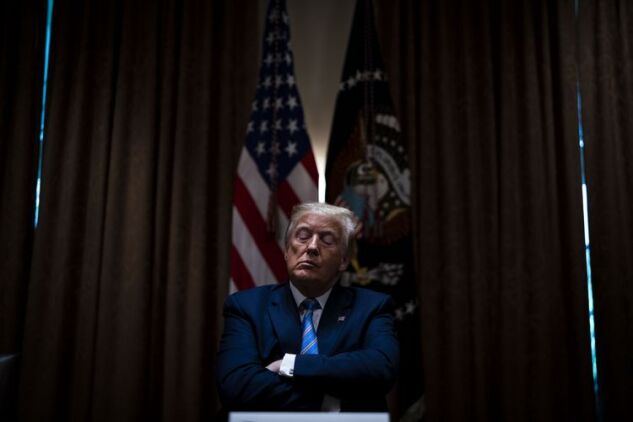 But that doesn’t mean prosecutors won’t take broader considerations into account on their own. A Biden-nominated attorney general would probably be wary of distracting from other policy goals or setting a dangerous precedent.

Democratic Representative of Maryland, a House Judiciary Committee member and a constitutional law professor, said the Justice Department “should do its job without prejudice or favor.” Any involvement by the White House, he said, would be a “banana republic formulation and a sad hallmark of the Trump era that we should leave behind.”

Still, some Democrats argue that not pursuing a criminal investigation of Trump would amount to special treatment that no ordinary citizen would receive. “Either we are a nation of laws or we are not,” said Representative of Virginia. “And no one -- either a president or ex-president -- is above the law.”

Representative of Illinois, a Democrat on the House Intelligence Committee, which investigated Trump, said he believes some of the president’s actions warrant further scrutiny.

“No one wants to give the perception of being vindictive,” Quigley said. “But, you know, I think there’s genuine concern with ongoing criminal activities. So, at the very least those should be looked at.”

Senator of Massachusetts has suggested forming an independent commission within the Justice Department to investigate the Trump administration and pursue criminal charges if appropriate.

But Republican lawmakers, conservative media figures and many of the voters who supported the president would see a prosecution of Trump as a political attack, just as they viewed the Mueller probe and the House impeachment effort before it.

Representative of Kentucky, the top Republican on the House Oversight Committee, declined to address a hypothetical prosecution of Trump, but he warned Democrats against continuing to target the departing president.

“Democrats for the past four years have wasted time and taxpayer dollars on sham investigations,” Comer said. “It’s past time for Democrats to put Americans and country first instead of playing politics and wasting time on fake crises.”

The closest historical parallel to the choice facing the Biden administration is President ’s pardoning of fellow Republican in 1974. In his speech announcing his decision, Ford expressed concern that Nixon’s status as a former president meant he might receive excessively harsh, rather than equal, treatment under the law. Ford also said he wanted to draw a line under “years of bitter controversy and divisive national debate,” which he feared a drawn-out prosecution of Nixon would continue to inflame.

As a freshman senator, Biden -- who has said he wouldn’t pardon Trump -- urged caution in the rush to impeach Nixon. Instead, Nixon resigned to avert an impeachment vote.

, a Harvard law professor, said some potential charges against Trump would probably be seen as far more political than others. The Biden administration should go after only the most “egregious” crimes, Tushnet said, rather than pursue charges based on Mueller’s findings, which the president’s supporters have dismissed as a hoax. “If there is classical bribery, that should be prosecuted,” he said.

An ongoing investigation into Trump and his business by Manhattan District Attorney could remove some of the pressure on the Biden Justice Department to act, said , one of the top prosecutors on Mueller’s team. Vance has suggested in court filings that he’s examining a range of potential charges, including bank or tax fraud.

“There may be less of an interest if you know that, let’s say, New York has brought a criminal case,” Weissmann said. “That will be an important factor.”

A state-level prosecution would also be impervious to any last-minute deployment of presidential pardon power, which applies only to federal cases. Trump has previously suggested he could pardon himself, an act that might actually spur prosecutors to pursue a case against him in order to challenge its constitutionality.

Some liberal academics and former government officials have proposed another alternative to a federal criminal investigation: a bipartisan fact-finding panel, often described as a “truth and reconciliation committee,” that would focus on documenting any abuses that may have taken place during the Trump administration rather than recommending charges.

Tushnet, the Harvard law professor, said he sees such a panel as a middle path between prosecuting Trump and granting him impunity -- a way to hold the previous administration accountable without creating a partisan firestorm.

“We need to get back to normal,” Tushnet said. “The question is, ‘What’s the best way?’”