The acknowledged as the apparent winner of the presidential election on Monday, following weeks of inaction, and President called on his agencies to cooperate.

“I am recommending that Emily and her team do what needs to be done with regard to initial protocols, and have told my team to do the same,” Trump said of Emily Murphy, the General Services Administration chief. Still, he said he would continue to contest the outcome of the election.

The designation triggers a formal transition process, giving Biden and his team access to current agency officials, briefing books and other government resources, including some $6 million in funding.

The letter was sent after nine Republican senators had called for the transition process to begin, and hours after Michigan’s Board of State Canvassers had voted to certify the election’s results, practically ensuring Biden’s victory in the key battleground state.

“Because of recent developments involving legal challenges and certifications of election results, I have determined that you may access the post-election resources and services described in Section 3 of the Act upon request,” Murphy said in a letter to Biden, citing the Presidential Transition Act of 1963. 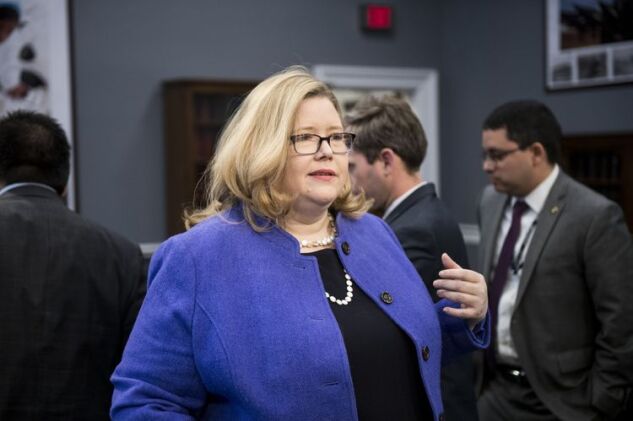 The announcement is a “needed step” to “getting the pandemic under control and our economy back on track,” Yohannes Abraham, the executive director of the Biden-Harris transition, said in an emailed statement. “In the days ahead, transition officials will begin meeting with federal officials to discuss the pandemic response, have a full accounting of our national security interests, and gain complete understanding of the Trump administration’s efforts to hollow out government agencies.”

For weeks, the Biden transition team has worked informally to establish a new administration, including assembling a coronavirus task force and consulting with public health officials outside of the federal government, mimicking the approach former Vice President took during the disputed 2000 election.

Blocked from interacting with federal agencies, Biden’s staff sought out other experts from academia, state governments and Capitol Hill.

The biggest change now is that the transition team will be able to flood federal agencies with officials focused on preparing the way for his administration. They will have access to agency staff and briefing books assembled earlier this year, as well as details on what administrative issues must be addressed right away.

Transition aides also will get details about which positions are most critical, as the incoming administration seeks to fill more than 7,000 jobs across the federal government.

“Fortunately, federal career civil servants have done an outstanding job preparing for this year’s transition by producing fact-based information on critical agency issues and by designating acting officials who will lead agency operations until new political appointees are confirmed,” said , director of the Center for Presidential Transition. “They now need space to do their jobs.”

Biden and Vice President-elect may also swiftly begin receiving classified intelligence briefings. Lawmakers and national security experts had warned that without the information, the incoming administration was being kept in the dark about threats to the U.S. -- a lapse that could make the country more vulnerable.

Biden’s team can now dig into work essential to running the federal government and bolstering the economy, from developing a budget plan to coordinating unemployment benefits guidance with the Labor Department.

Executive-branch departments working on the pandemic response can also the Biden team on the systems for distributing protective equipment and coronavirus vaccines.

Trump praised the GSA administrator on Twitter. “I want to thank Emily Murphy at GSA for her steadfast dedication and loyalty to our Country. She has been harassed, threatened, and abused – and I do not want to see this happen to her, her family, or employees of GSA. Our case STRONGLY continues,” he wrote.

Murphy, in the letter, which was reported earlier by CNN, told Biden that she had received “threats online, by phone, and by mail directed at my safety, my family, my staff, and even my pets in an effort to coerce me into making this determination prematurely.”

She added that she was not “directly or indirectly pressured by any Executive Branch official” on the making or timing of a decision on the presidential transition.

Murphy’s decision came after a series of defeats for Trump’s campaign, including the of results in Michigan. There also was to launch a transition process, with Senator , an Ohio Republican, on Monday saying it is time to “move forward” and West Virginia Republican Senator calling for Biden’s team to get “all appropriate” briefings related to national security and the pandemic.

(Updates with details on transition process, from 9th paragraph)