was chosen by President to take charge of the U.S. attorney’s office in Manhattan.

If confirmed, he will be the first Black person to lead what is considered the Justice Department’s highest-profile branch office. The White House announced the nomination Tuesday, along with Biden’s pick of as U.S. attorney in Brooklyn. Both choices were . 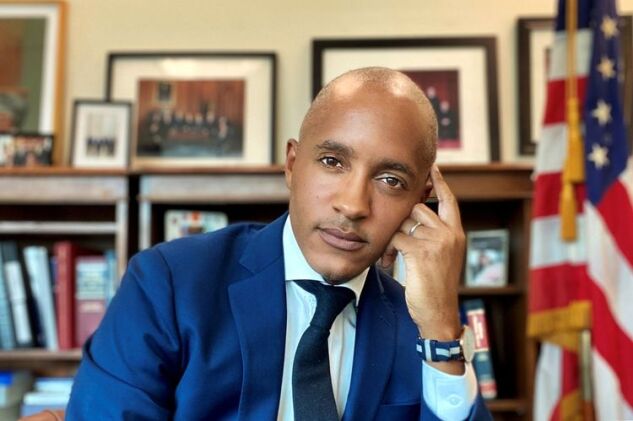 Williams is currently an assistant U.S. attorney in the Manhattan office, where he has served since 2012. Prior to that he worked at the New York-based law firm Paul, Weiss, Rifkind, Wharton & Garrison LLP. He served as a law clerk for U.S. Supreme Court Justice 2008 to 2009 and for on the U.S. Court of Appeals. Garland now serves as U.S. Attorney General under Biden.

The U.S. Attorney’s Office for the Southern District of New York is well-known for its white-collar and Wall Street prosecutions, and previous officeholders like , and built national reputations with insider-trading cases against figures like Michael Milken, Raj Rajaratnam and Martha Stewart. It is often referred to as the “Sovereign District of New York,” a play on its official name, in a reference to the office’s independence from the Justice Department in Washington.

Peace is a partner at New York law firm and a former Brooklyn federal prosecutor. The Eastern District of New York in recent years has taken on more securities fraud and foreign bribery cases like the pending prosecution of former banker Roger Ng for allegedly conspiring with financier Jho Low and others to embezzle at least $2.7 billion from sovereign wealth fund , or 1MDB.

Peace is also Black, as is Alvin Bragg, the Democratic nominee almost certain to become the . That means, by next year, three of the top law-enforcement jobs in New York City could be held by African Americans.