The U.S. Department of Justice seal is displayed on a podium in Washington, D.C., on Dec. 20, 2018.
Photographer: Yuri Gripas/Bloomberg

President is expected to nominate veteran federal prosecutor Damian Williams to be U.S. attorney for Manhattan. He would be the first Black person to lead the nation’s highest-profile outpost of the Justice Department if confirmed.

Senate Majority Leader said he will recommend Williams for the job, following the traditional process in which senators select candidates to serve as U.S. attorneys and judges for their states. Williams must still be formally nominated by the White House and put forth for Senate consideration.

Several people with knowledge of Schumer’s selection process said in recent months that there was a for a woman or person of color as a candidate, as well as someone with a deep background prosecuting financial-fraud cases.

Schumer also said he was recommending Breon Peace as U.S. attorney in Brooklyn. A partner at New York law firm and former Brooklyn federal prosecutor, Peace is also Black, meaning two of the top law-enforcement jobs in New York City could soon be held by African Americans. Trini Ross, a former Justice Department official, was Schumer’s pick to be the first Black U.S. attorney in Buffalo.

“I am confident all three of these legal leaders will pursue the facts and justice without fear or favor and will greatly help rebuild public confidence in an unbiased and professional Department of Justice,” Schumer said in a prepared statement. “I am particularly proud to recommend the first African American to lead what many consider the most consequential prosecutorial office in America, the Southern District.” 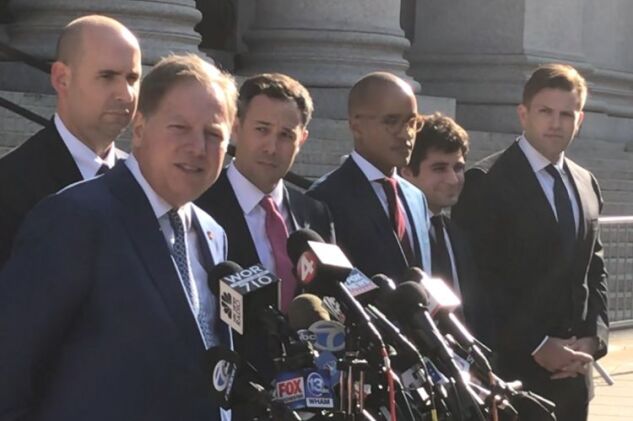 The U.S. Attorney’s Office for the Southern District of New York is well-known for its white-collar and Wall Street prosecutions, and previous officeholders like , and built national reputations with insider-trading cases against figures like , and . It is often referred to as the “Sovereign District of New York,” a play on its official name, in a reference to the office’s independence from the Justice Department in Washington.

The selection of Williams, a current Manhattan federal prosecutor who leads the office’s securities-fraud unit, signals a strong desire on the part of policy makers to bolster white-collar enforcement in New York, which waned during the Trump administration. He’s also a rare internal candidate. Though most Manhattan U.S. attorneys served in the office earlier in their careers, they more typically return to the top job after lucrative stints in private practice.

The Brooklyn-born son of Jamaican immigrants, Williams, 40, studied economics as an undergraduate at Harvard University and received his law degree from Yale. He served as a judicial clerk to then-appeals court judge , who is now Biden’s attorney general, and joined the U.S. attorney’s office 2012.

Williams prosecuted several securities-fraud cases in the aftermath of the financial crisis, including over mis-marking valuations at hedge funds and reliance on political intelligence to inform trading strategies. He prosecuted then-New York Congressman for insider trading. Collins, a Republican and outspoken supporter of , was eventually granted a presidential pardon.

The office has been led since last summer by , a veteran prosecutor who was elevated from her position as deputy U.S. attorney after then-U.S. Attorney was forced out by Attorney General in June. Its next leader will need to restore order and morale after the pandemic and the tumult of the Trump years, according to several veterans of the office.

Ng is accused of conspiring with financier Jho Low and others to embezzle at least $2.7 billion from sovereign wealth fund , or 1MDB, which is scheduled to go to trial later this year. The office is also prosecuting and its Chief Financial Officer who are accused of violating U.S. sanctions against Iran. That case is also pending but no trial date has been set.

In private practice, Peace has represented in investigations by the Justice Department and other authorities of manipulation of the LIBOR benchmark rate.

(Updates with background on Williams and Peace)

To contact the reporters on this story:
in New York at cberthelsen1@bloomberg.net;
in Federal Court in Manhattan at pathurtado@bloomberg.net