Law firms are adding resources and even entire practice groups to handle behavioral health, an area of the law that has grown due to increasing urgency around drug addiction and mental health in the U.S. and legislation that has followed those developments.

Behavioral health law is a very specialized area that’s in its “relative infancy,” but is “poised to explode,” one practitioner told Bloomberg Law.

Behavioral health practices cover issues like substance use disorders and mental health. Their clients are typically insurers and healthcare service providers, as well as investors in businesses that assist those who suffer from mental illness and addiction.

Only a “relatively small number of firms” have formalized the practice, Paul A. Gomez, an attorney with Polsinelli in Los Angeles who practices behavioral health law, told Bloomberg Law. Polsinelli formed its practice group in 2018.

But a number of factors have come together in the past several years to make it a “very fast growing area,” Eric J. Neiman told Bloomberg Law.

Neiman is vice chair of membership for the American Health Lawyers Association’s behavioral health task force, which was formed in 2014 as AHLA members recognized attorneys in this growing field needed resources.

Neiman, who is also chair of Lewis Brisbois’ behavioral health practice in Portland, Ore., said behavioral health became a significant part of his work around 10 years ago, but the area has really taken off more recently.

One major factor behind the growth of behavioral health is the growing epidemic of addiction in the U.S. According to the Centers for Disease Control and Prevention, overdose deaths involving opioids were six times higher in 2017 than they were in 1999.

Addiction along with growing awareness around other mental health issues has spurred recent legislation that in turn creates more work for lawyers with these specific healthcare specialties, attorneys say.

These include amendments to the Mental Health Parity Act and passage of the Comprehensive Opioid Legislation, Jackie Selby, a behavioral health practitioner at Epstein Becker Green, which created a practice group in this area about three years ago, told Bloomberg Law.

The Mental Health Parity and Addiction Equity Act of 2008 requires health insurers and group health plans to provide the same level of benefits for mental and substance use treatment and services that they do for medical and surgical care. 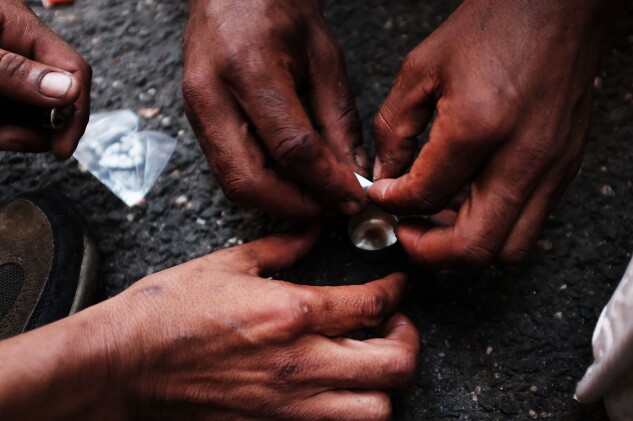 The opioid legislation, also known as the SUPPORT for Patients and Communities Act, which was signed into law in October 2018, includes an expansion of Medicare coverage for services rendered at opioid treatment programs and for medication assisted treatment at these programs. It also makes more funds available to promote telehealth technology, which involves dispensing information and treatment for mental or substance use disorders over the phone or internet.

Because of more Medicare and Medicaid coverage and broader funding for behavioral health, providers, insurers, and investors are eager to stake a claim in the industry—with attorneys’ help.

One relevant area is data privacy. Providers need counsel on how to handle patient data while still remaining in compliance with federal confidentiality laws for substance use disorders, which haven’t been updated in a while and don’t exactly align with the Health Insurance Portability and Accountability Act, Selby said.

Attorneys well-suited to this kind of work have some regulatory background; experience in the industry; and need an entrepreneurial mindset because the industry’s changing so much, said Selby.

Neiman said there’s more change and growth to come, and predicted an increase in M&A, another area for behavioral health practices to help tackle.

The industry’s very fragmented still. “There aren’t a lot of large behavioral health providers out there,” Gomez said. But a lot of private investors, he noted, like the idea of mergers because consolidation leads to greater economies of scale.

Projected growth in telehealth could also drive demand for more lawyers with expertise in mental health and addiction issues.

It’s “the biggest development in behavioral health now,” and will keep growing, Neiman said, adding it could completely transform delivery of care.

Telehealth has had the effect of expanding services to new patients, including those in rural areas who may not have had access before. It has also attracted more people to behavioral health treatment as the lack of a physical treatment center reduces the stigma around seeking help for these issues.

This ongoing expansion, attorneys say, will lead to more work.

The amount of work is only increasing and there’s “so much more room for growth,” said Gomez.