U.S. Supreme Court Justice ’s reported $2 million book deal is drawing criticism from legal experts who say its size and timing create bad optics for a court that is already in the political crosshairs.

The advance, first reported by Politico, would be the largest ever for a Supreme Court justice, topping the $1.5 million Justice received for his 2007 memoir and the $1.175 million advance Justice got for hers, published in 2013.

This book would emerge unusually soon for a justice who joined the court only six months ago and has just two majority opinions to her name. Barrett, 49, won Senate confirmation to succeed the late Justice right before the election after a rushed and bitter fight. The third and final nominee of President , she didn’t receive any Democratic support. 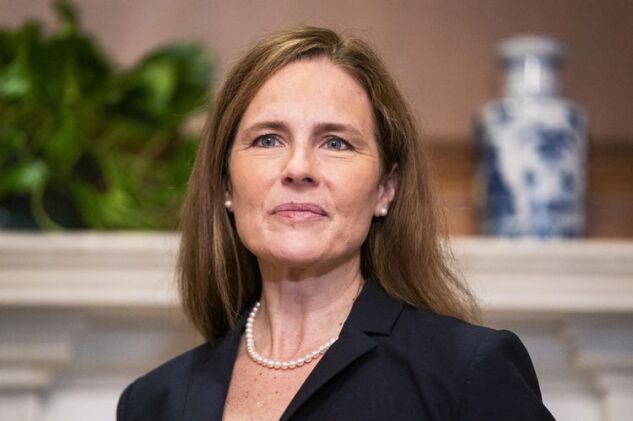 Although federal law doesn’t preclude judges from being paid for writing books, such a large advance would raise appearance issues, says Charles Geyh, who specializes in judicial ethics as a professor at Indiana University’s Maurer School of Law.

“Judge Barrett may be confident that the book project will not detract from her focus on her judicial duties, and she may well be right,” Geyh said in an email. “But from the perspective of the average American who is grinding out a living at 40k a year, the optics of a judge -- who is paid $250,000 in tax dollars to do the people’s business as a justice -- moonlighting for $2 million on a book deal, are problematic.”

The scope of the book isn’t yet clear. Politico described it as covering the duty of judges to keep their personal views out of their rulings, but David Lat, founder of the Above the Law website, said on Twitter the book will also include personal information. The Associated Press reported the book will be published by Sentinel, a conservative imprint of .

“The fact of the deal and the amount of the advance by themselves raise no judicial ethics problem, although she will have to recuse herself in cases in which the publisher is a party,” Gillers said in an email. “There are also limits on a judge or justice’s public statements, whether made in a speech or a book. We won’t know the contents for a while.”

But Josh Blackman, a constitutional law professor at the South Texas College of Law Houston, said the book would create “perverse incentives” for Barrett, given that Sentinel will be trying to sell it to a conservative audience and recoup the advance.

In addition to Thomas and Sotomayor, Justices and have also written books while on the court. Their works focused on legal and civic issues rather than their personal stories.

Her quick confirmation by the Republican-controlled Senate came four years after the GOP blocked any consideration of then-President ’s selection of to fill a vacancy left when Justice died. Garland is now President ’s attorney general.

Some Democrats are now pushing to add seats to the court, and Biden has a commission to explore that and other proposed changes.