is starting to show an independent streak.

The newest U.S. Supreme Court justice joined three liberal colleagues late Thursday in an opinion that said Alabama can’t execute a convicted murderer unless he can have his pastor by his side. That came less than a week after she took a somewhat nuanced stance on California’s Covid-19 restrictions on religious services.

Together, the votes offer early indications that the appointee may be harder to pigeonhole than some predicted during her rushed Senate confirmation process in October. Barrett succeeded the late Justice , giving the court a 6-3 Republican-appointed majority. 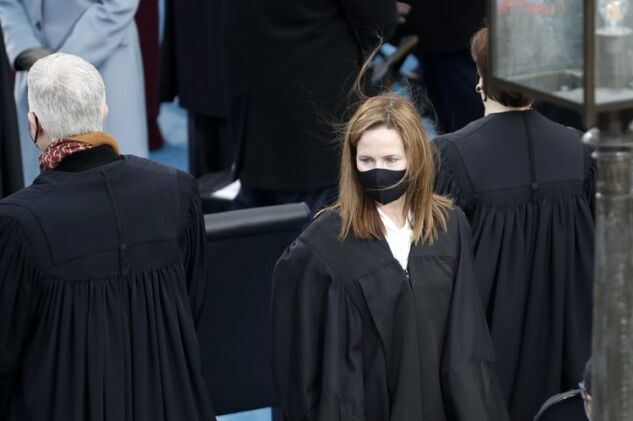 “She has a mind of her own,” said Josh Blackman, a constitutional law professor at the South Texas College of Law Houston. He called Barrett’s decision to join Justice ’s opinion in the Alabama case “significant.”

Barrett’s vote helped produce an unusual lineup to the state from executing Willie B. Smith III as scheduled for the 1991 murder of Sharma Ruth Johnson. Three of the court’s conservatives -- Chief Justice and Justices and -- said they would have let the execution go forward.

Two other justices, and , were silent, though the outcome of the case means at least one of them must have joined the majority.

But Barrett was the only conservative to join Kagan’s concurring opinion, which said death-row inmates have broad rights under a federal law that protects prisoners’ religious liberty.

“The law guarantees Smith the right to practice his faith free from unnecessary interference, including at the moment the state puts him to death,” Kagan wrote. The court as a whole didn’t provide an explanation for the order, which left in force a federal appeals court decision that halted the execution.

Alabama officials cited security risks as grounds for barring outsiders from the chamber. 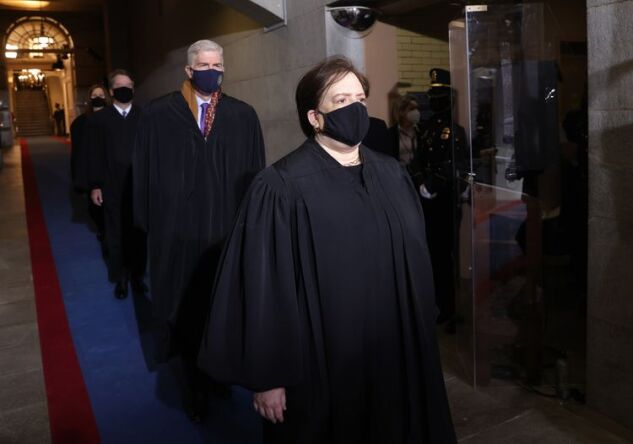 The issue of spiritual advisers at executions has been a vexing one for the court. Kavanaugh has said states should be able bar clerics as long as some religions aren’t singled out for favorable treatment.

But with the majority taking a contrary view, Kavanaugh and Roberts said Thursday that states seeking to avoid litigation “should figure out a way to allow spiritual advisers into the execution room.”

“I don’t think we can read much into it,” Dunham said. “She appears to have come to that position not by breaking with conservatism, but by being true to an even more conservative notion of individual rights to practice religion.”

In the California case, Barrett aligned with Kavanaugh as she wrote her first separate opinion. They joined their conservative colleagues in the state to let indoor worship services resume during the pandemic but voted to leave in force a ban on singing and chanting.

Barrett said a group of suing churches hadn’t shown that the singing ban discriminated against religion.

“Of course, if a chorister can sing in a Hollywood studio but not in her church, California’s regulations cannot be viewed as neutral,” Barrett wrote in a one-paragraph opinion. “But the record is uncertain, and the decisions below unfortunately shed little light on the issue.” 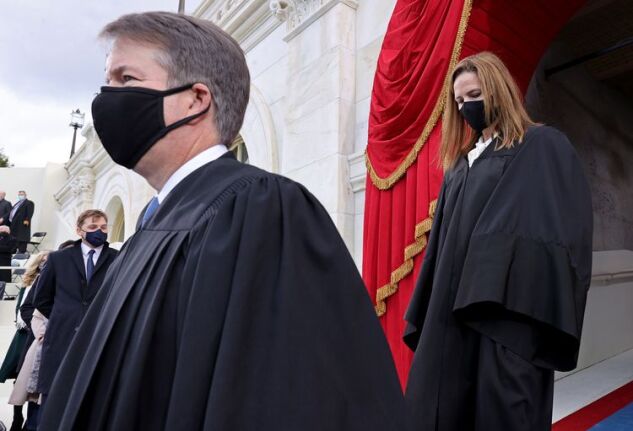 Barrett’s faith has been in the public eye to an unusual degree for a judge, with liberals questioning her independence and conservatives pointing to her Catholic faith as a strength.

During her 2017 Senate confirmation hearing to be a federal appeals court judge, Democratic Senator of California suggested the nominee’s religious “dogma” would guide her work as a judge. Feinstein’s comments drew criticism, and Democrats largely steered clear of the issue during Barrett’s Supreme Court hearing.

Her record overall since her October confirmation suggests Barrett will generally side with the conservative wing in ideologically divisive cases. In a 5-4 decision earlier this month siding with a railroad worker seeking disability benefits, Barrett was in dissent with Justices Thomas, Alito, and Gorsuch.

She joined the majority in November when the court voted 5-4 to block strict capacity limits on churches and synagogues in New York City. In that case Roberts joined the liberals in dissent.