Justice said the Supreme Court shouldn’t be seen as a partisan institution, as she made her first public remarks about the court since the day she won Senate confirmation on a strict party-line vote almost a year ago.

Appearing at an event Sunday to mark the 30th anniversary of the University of Louisville’s McConnell Center, Barrett told the crowd that “my goal today is to convince you that this court is not comprised of a bunch of partisan hacks,” according to the Louisville Courier Journal.

Barrett was introduced by Senator , the Senate Republican leader who helped engineer her confirmation eight days before Election Day and only 30 days after President announced would nominate her. She succeeded the late Justice , who had been the leader of the court’s liberal wing. 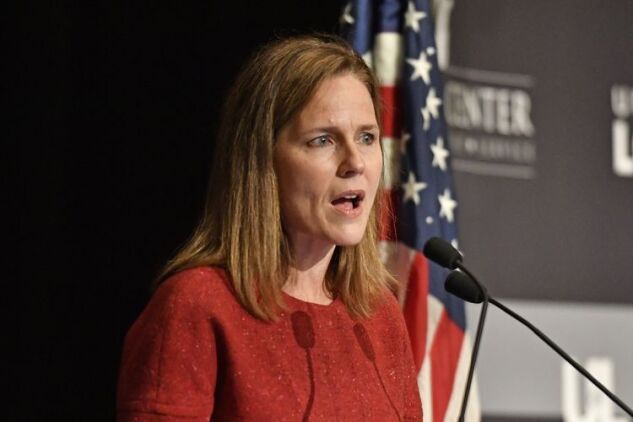 Justice Amy Coney Barrett speaks during an event to mark the 30th anniversary of the University of Louisville’s McConnell Center in Louisville, Kentucky, on Sept. 12.
Photographer: Timothy D. Easley/AP

Barrett said the media’s portrayal of the court’s decisions doesn’t capture the deliberative process that goes into them, according to the Associated Press. She said that “judicial philosophies are not the same as political parties.”

“To say the court’s reasoning is flawed is different from saying the court is acting in a partisan manner,” said Barrett, according to the AP. “I think we need to evaluate what the court is doing on its own terms.”

Though she has shown of independence, Barrett has typically aligned herself with the court’s conservative wing in ideologically divisive cases. She was part of the 5-4 majority that recently a Texas ban on most abortions after six weeks to take effect.