Maricopa County Republican leaders are done addressing allegations of wrongdoing lodged by Arizona state GOP senators about the 2020 election and ballots subpoenaed for an audit of President Joe Biden’s win, they said Monday in an impassioned rebuttal.

The Maricopa County Board of Supervisors meeting came weeks into an unprecedented audit led by a state Senate contractor that includes a recount of 2.1 million county ballots. Growing tensions between state and county leaders peaked after Senate President Karen Fann (R) sent a letter May 12 outlining concerns with the materials county officials provided and contending they deleted an election database—accusations highlighted as “unbelievable election crime” by former President Donald Trump over the weekend.

Fann, who has said the audit intends to restore voter confidence, asked county representatives to appear at the Capitol on Tuesday to answer questions. But supervisors instead voted to send a letter refuting the claims and deny the hearing request, saying the Senate should end an audit that has turned into political theater.

“I will not be responding to any more requests from this sham process,” board Chairman Jack Sellers (R) said at the county supervisors’ meeting. “Finish what you’re calling an audit and be ready to defend your report in a court of law. We all look forward to it.” 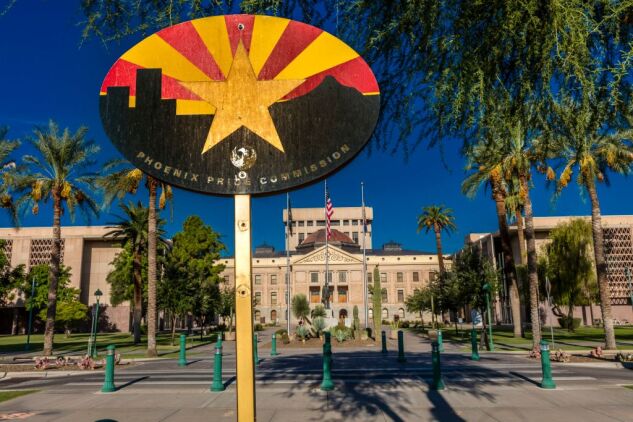 County supervisors—four out of five of whom are Republicans—said their GOP colleagues in the state Senate hired cybersecurity company Cyber Ninjas to complete the audit despite its lack of election experience. The “grift disguised as an audit” has created an environment where county officials are repeatedly answering the same questions, Sellers said.

“It’s time to be done with this craziness,” he said.

Cyber Ninjas, whose founder has been linked to spreading election fraud claims, is running the audit through a $150,000 contract with the Senate. The rest of the costs will rely on private donations, though the amount and sources haven’t been disclosed.

Fann’s letter to the county raised several concerns. She wrote that county officials were violating the terms of a subpoena by failing to provide routers used during the election.

She also said they would not provide the passwords needed to access tabulators. And she alleged “omissions, inconsistencies, and anomalies” related to boxes of ballots delivered to an arena at the Arizona State Fairgrounds for counting.

The county response addresses each claim and argues that the audit “is only interested in feeding the various festering conspiracy theories that fuel the fundraising schemes of those pulling your strings.” County officials already completed vote checks and contracted two independent audits that showed no signs of irregularities.

State Sen. Warren Petersen (R) tweeted that the letter “does not agree to comply with the subpoena or fully answer all of (Fann’s) questions.”

“President Fann asked important and serious questions about the audit,” he said in another Tweet. “I’m disappointed to hear that the County has said they will not show to answer questions.”

Fann tweeted immediately after the county meeting that the Senate hadn’t received a copy of the letter. She later said in a text message to a journalist for CBS5 News/3TV that she would review the letter Monday night and address the county claims Tuesday.

The Senate claims show a lack of knowledge about the audit process, said Maricopa County Recorder Stephen Richer (R), who took office this year after winning in 2020. Richer said he has reached his limit of hearing county employees ridiculed.

“This isn’t a game. These are real humans,” he said.

Richer joined county supervisors who implored other Republicans to start speaking out against election fraud claims. Supervisor Bill Gates (R) said he has friends in the state Senate and is considering how to repair relationships with people who voted to throw him in jail over the audit.

“I don’t know how to start working together until we turn the heat down,” he said.

Republicans need to talk about the future of the party instead of relitigating the 2020 election, Gates said. The audit is a black eye for Arizona, and the state needs to move on, he said.