U.S. Supreme Court Justices and ducked questions about Roe v. Wade during their Senate confirmation hearings. Now, with the court set to reconsider the landmark ruling, abortion-rights supporters are bracing to finally hear the answers.

And they have reason to worry.

Kavanaugh and Barrett will be key votes as the court on Wednesday takes up Mississippi’s ban on abortion after 15 weeks of pregnancy. The restrictions are far more stringent than any the court has previously upheld, and are all but impossible to square with Roe, which legalized abortion nationwide in 1973.

A decision upholding the law would give states new license to slash abortion access, and a ruling overturning Roe would render the procedure mostly illegal in much of the country. About a dozen states already have laws that would largely bar abortion -- and automatically take effect -- if Roe is overturned. 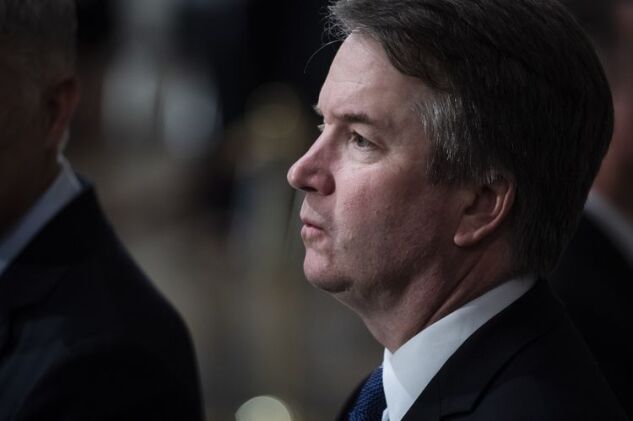 The outlook is “really bad” for abortion rights, said Mary Ziegler, a Florida State University law professor and author of a book on the history of U.S. abortion law. “It’s just a question of how bad.”

The fact that the court took the Mississippi case, rather than one involving a narrower restriction, means at least four of the nine justices want to reconsider the core holdings of Roe and the 1992 Planned Parenthood v. Casey ruling. Casey protects abortion rights until the fetus becomes viable, sometime after the 20th week of pregnancy.

Kavanaugh and Barrett were both nominated by then-President to replace justices who had backed abortion rights. Kavanaugh succeeded the former swing vote in 2018, while Barrett took the seat of the late liberal icon just before the 2020 election.

Their arrival gave the court a 6-3 conservative majority and three members selected by Trump, who had vowed to appoint only anti-abortion justices. The appointments put the conservative legal movement within striking distance of its long-held dream of overturning Roe.

While Kavanaugh and Barrett haven’t always gone as far as some of their conservative colleagues, their records suggest they are prepared to roll back, if not abolish, constitutional protections for abortion. They were part of a five-justice majority that an unusual Texas law take effect Sept. 1, barring most abortions there after about six weeks of pregnancy. 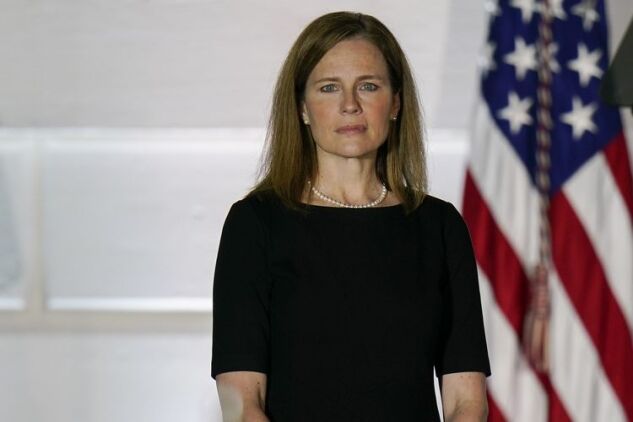 Neither justice has publicly opined about Roe, a 7-2 decision in which Justice said abortion protections were included within the “right to privacy” the court had established in previous cases, though the Constitution doesn’t expressly use those words.

No one expects Kavanaugh or Barrett to embrace the decision. Both hail from the school of constitutional interpretation that says judges should generally stick to the rights that are explicitly laid out in the document.

“They have a basic judicial philosophy that resists the Supreme Court making things up and taking to itself what properly belongs to the states,” said Thomas Jipping, senior legal fellow at the Heritage Foundation’s Edwin Meese III Center for Legal and Judicial Studies.

The bigger question is whether Kavanaugh and Barrett will be willing to discard Roe despite stare decisis, the legal doctrine that says the court normally will adhere to its precedents.

Barrett and Kavanaugh have been less eager to topple precedents than fellow Trump appointee . In June, they of overruling a precedent targeted by religious-rights advocates, prompting Gorsuch to say his colleagues lacked “fortitude.”

But Kavanaugh has voted to directly overturn precedents at least three times. In a 2020 case, he said justices should consider whether a previous decision was “egregiously wrong,” whether the precedent has had significant negative consequences, and whether people have come to rely on the ruling.

“Those three considerations set a high (but not insurmountable) bar for overruling a precedent,” Kavanaugh wrote. The ruling a 1972 decision that had allowed criminal convictions by non-unanimous juries.

During his 2018 confirmation hearing, Kavanaugh refused to characterize Roe as “settled law,” offering only that it is “settled as a precedent of the Supreme Court.”

At another point, he he understood “how passionate and how deeply people feel” about abortion rights. “I understand. I live in the real world,” he said.

Barrett in 2013 that a Supreme Court justice should “enforce her best understanding of the Constitution rather than a precedent she thinks clearly in conflict with it.” She said justices shouldn’t have to drop “deeply held interpretive commitments,” such as a belief that the original meaning of the Constitution’s words should govern.

But she also said her approach was similar to what the court had generally been doing for decades.

In her Senate testimony, Barrett refused to say whether she agreed with the late Justice , for whom she served as a law clerk, that Roe was wrongly decided. Barrett said she couldn’t “pre-commit” to how she would approach any case that might come before her.

“I have an agenda to stick to the rule of law and decide cases as they come,” Barrett testified.

Barrett’s earlier writings and activities alarmed abortion-rights advocates. She signed a 2013 newspaper ad that called Roe “infamous” and that said abortions had killed “55 million unborn children” over four decades. She also put her name on a 2006 ad that said signatories “oppose abortion on demand and defend the right to life from fertilization to natural death.”

Senate Judiciary Committee Chairman , the panel’s chairman, praised her during the hearing for being “unashamedly pro-life.”

Barrett and Kavanaugh may have dropped a hint when they joined Justices Gorsuch, and in letting the Texas six-week ban , largely shutting down abortion in the second most populous U.S. state. The court pointed to “complex and novel procedural questions” stemming from the law’s delegation of enforcement power to private parties. Chief Justice joined the court’s three liberals in dissent.

Although both Kavanaugh and Barrett suggested during on Nov. 1 that they would let providers challenge the Texas law, the court in the meantime hasn’t taken any steps to block the measure.

Ultimately, whether Kavanaugh and Barrett vote to overturn Roe may simply depend on how much they dislike it, says , a constitutional law professor at George Mason University’s Antonin Scalia Law School.

“Do you think that Roe v. Wade is just one of many badly reasoned decisions, or do you think it’s one of the worst ever?” Somin said. “If you think the second, then probably you’ll vote to get rid of it when you get the chance to do so.”

Mississippi Attorney General didn’t explicitly seek to overturn Roe and Casey when she filed her appeal in March 2020 -- she did so only after Barrett took her seat and the court accepted the case.

Fitch’s main brief focuses heavily on arguments for overturning Roe and Casey, suggesting only in passing that the court might be able to uphold the 15-week ban without explicitly tossing out those precedents. The state doesn’t argue that its law can be squared with the viability standard set out in Casey.

“The unelected judiciary don’t need to be making those decisions for us,” Fitch said on a recent podcast.

Julie Rikelman, the lawyer for the Center for Reproductive Rights who’ll be arguing against the law on Wednesday, said a decision upholding the Mississippi law would be “tantamount to overruling Roe.”