U.S. Supreme Court Justice canceled plans to attend a judicial conference in Tennessee just days after his draft opinion to eliminate the constitutional right to abortion was leaked to the public, according to a law professor at the event.

In brief remarks recorded on video, Alito told attendees at the Nashville conference on Friday that he had been looking forward to attending in person, but that it had become impractical to do so, according to Josh Blackman, a professor at South Texas College of Law. The justice didn’t explain why, Blackman said. 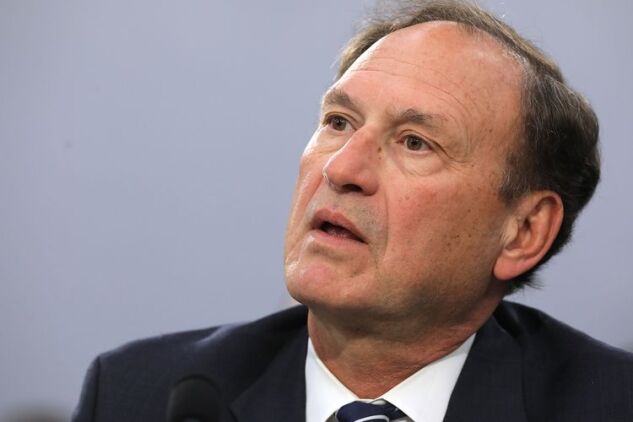 “Unfortunately, personal attendance became impractical, and I apologize for everyone for the change in plans,” Alito told the attendees, Blackman wrote on The Volokh Conspiracy, a blog hosted by Reason.

Politico’s publication Monday of the leaked opinion -- an unprecedented occurrence in modern U.S. history -- rocked the legal world and sparked protests by supporters of abortion rights. The Supreme Court this week erected fencing around the building, much like the barriers put up after the Jan. 6, 2021, attack on the Capitol.

Justice , the court’s longest-serving member, on Friday told a different judicial conference in Atlanta that the “events of earlier this week are one example” of a decline of civility among the country’s institutions.

“They can’t be institutions that give you outcomes that you want every time,” said Thomas, who didn’t explicitly mention the abortion case. “And they can’t be bullied into giving you a particular outcome. An institution has to have civility. And I think you’re losing that in this country.”

Speaking at the same Atlanta conference on Thursday, Chief Justice called the leak and said the person responsible would be “foolish” to think the disclosure will affect the court’s handling of the case. Roberts has ordered an investigation of the breach.

(Updates with Thomas comments in fifth and sixth paragraph.)

To contact the reporters on this story:
in Washington at gstohr@bloomberg.net;
in Atlanta at bpulley4@bloomberg.net