The U.S. Supreme Court term that starts Monday isn’t entirely about abortion. It only seems that way.

The explosive issue promised to top the agenda even before the court let Texas start banning abortion after six weeks of pregnancy a month ago. The court will consider a Mississippi case that could slash reproductive rights nationwide and even asks the justices to overturn Roe v. Wade, the 1973 ruling that legalized abortion nationwide.

But more broadly, Justice ’s first full term offers a menu of opportunities for the court’s conservative wing to exploit its 6-3 majority -- and give Republicans the type of payoff they envisioned when they pushed through her Senate confirmation just before the 2020 election.

Before the term ends in June, the justices will rule on guns, religion and federal regulation, and they could add cases on affirmative action, redistricting and President ’s vaccine mandate.

Those cases come against a backdrop of public approval for the court and efforts by justices from across its ideological spectrum to shore up public confidence. Four justices -- Barrett, , and -- have contended publicly in recent weeks that the court’s rulings are based on the law, not politics or personal preferences.

“The court’s legitimacy rests on being able to show the public that a change in personnel does not mean a dramatic change of law” in high-profile cases, said Farah Peterson, a legal historian who teaches at the University of Chicago Law School. “And that’s what’s going to be at stake in this term.” 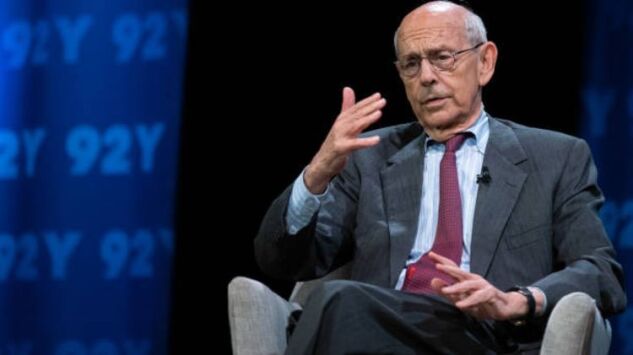 The term is already off to an inauspicious start, with Justice Brett Kavanaugh positive for Covid-19 Thursday, just days before the justices are set to hear their first in-person arguments in 19 months. Kavanaugh has no symptoms and is fully vaccinated, the court said Friday.

Here’s what’s on the court’s agenda so far for the next nine months:

The biggest abortion face-off in a generation will Dec. 1, when Mississippi defends its ban on the procedure after the 15th week of pregnancy. Upholding the law would require the court to gut the 1992 Planned Parenthood v. Casey ruling, which said states can’t impose significant restrictions before fetal viability, a point the court suggested was around 23 or 24 weeks at the time.

The stakes have only grown since Mississippi Attorney General filed her appeal in March 2020. At the time, she didn’t explicitly ask the court to overturn Roe and Casey. After Barrett took her seat and the court accepted the case, Fitch shifted course, in July that Roe was “egregiously wrong” and should be discarded. 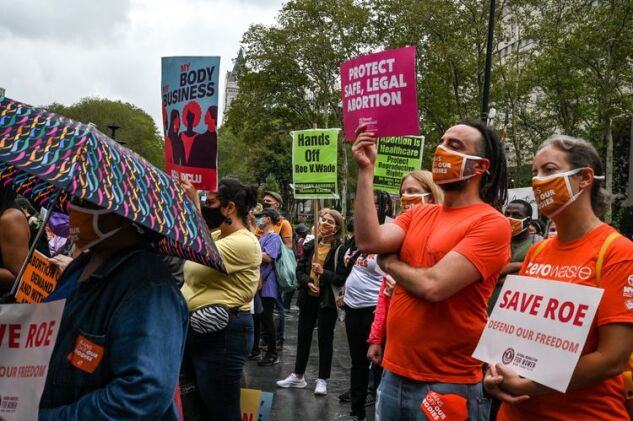 “There’s probably five votes to uphold the law,” said , who served as former President ’s solicitor general and now is an appellate lawyer at Jones Day. He said that overturning Roe and Casey is a “distinct possibility.”

About a dozen states have trigger bans that would take effect if Roe is overturned, while other states are poised to put in place their own sweeping restrictions, according to reproductive-rights advocates. They say a ruling favoring Mississippi would leave women in much of the South and Midwest without legal access to abortion.

The ongoing fight over the Texas law could add an important new dimension. Abortion providers are the court to hear an expedited appeal arguing that Texas improperly insulated its law from judicial review -- and nullified a federal right -- by making the measure enforceable only through private lawsuits. The appeal asks the court to take the unusual step of hearing the case even though a federal appeals court hasn’t resolved that issue.

The Supreme Court also could be called upon in the coming weeks to intervene in a Justice Department lawsuit that seeks to block the Texas law and is now pending at a federal district court.

The justices will separately hear arguments Oct. 12 in a case stemming from a Kentucky law that abortion-rights advocates say would effectively ban the procedure after 15 weeks of pregnancy. At issue is whether Kentucky Attorney General , a Republican, can take over defense of the law after an appointee of Democratic Governor decided to drop the matter when the state lost an appeals court decision.

The court will hear its first major gun case in a decade on Nov. 3, when the justices consider whether states must let most people carry a handgun in public for self-defense.

The court is an appeal by a National Rifle Association affiliate and two people who say New York is violating their Second Amendment rights by issuing concealed-carry licenses only to those who can show a special need for protection. New York is one of eight states the NRA says prevent most people from getting a carry license. 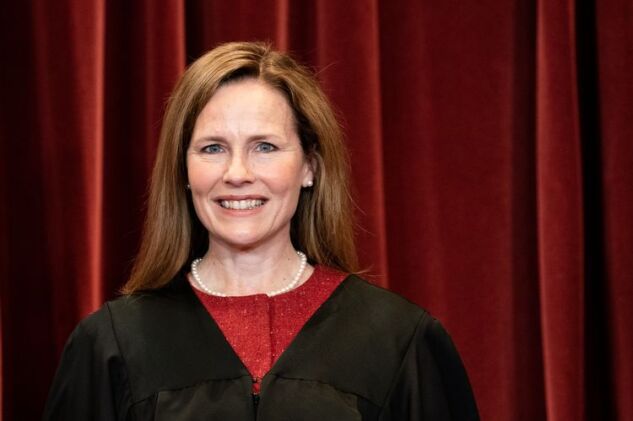 Although the court said in 2008 and 2010 that the Second Amendment guarantees most people can have a handgun at home for self-defense purposes, the justices have never said whether that right extends into the public arena.

As with abortion, the decision to take the case underscored the likely impact of Barrett, who backed gun rights as an appeals court judge. Until Barrett replaced the late Justice last year, the court had repeatedly turned away virtually identical appeals.

The court “seems poised” to say the Second Amendment extends beyond the home, said , an appellate lawyer at Akin Gump. “And if it does that, it’s hard to imagine a world in which this New York licensing scheme can continue to exist. So I think the real question here is: How far is the court willing to go?”

The court has repeatedly bolstered religious rights in recent years, and it could go even further with three scheduled cases.

In the newest case, which the court on Thursday, a Christian organization contends Boston is violating the Constitution by refusing to fly the group’s flag outside City Hall while agreeing to display the flags of other private parties. Boston contends it is engaging in government speech, which is exempt from First Amendment scrutiny.

The court will also decide whether Maine can exclude religious schools from a tuition-assistance program used by towns that don’t run their own public schools. Religious-rights advocates are looking to build on a 2020 that required Montana to let religious schools participate in a program that provides state-subsidized scholarships for private education.

And in a that could divide the justices along unusual lines, the court will rule on the religious rights of prisoners at the moment they are being executed. Texas inmate John Ramirez is seeking permission for his Baptist pastor to pray aloud and lay his hands on him as he died by lethal injection.

In a term that so far is light on business cases, companies will be looking at a that could limit the power of regulatory agencies to put their own spin on ambiguous federal statutes.

The case, set for argument Nov. 30, concerns cuts made by the Department of Health and Human Services to Medicare prescription-drug reimbursements for hospitals that serve low-income and underserved communities. A group led by the American Hospital Association contends the reductions can’t be squared with federal law.

More broadly, the case tests a legal doctrine known as Chevron deference that has drawn criticism in conservative circles in recent years. The doctrine, which draws its name from a 1984 Supreme Court ruling, requires courts to defer to agencies on the meaning of unclear laws if the regulators’ interpretation is reasonable.

The U.S. Chamber of Commerce is among those urging the court to rein in the use of Chevron deference, arguing that federal agencies “are only too happy to exploit openings to aggrandize their own powers.”

The court will also consider a Justice Department bid to reinstate the death sentence for , who was convicted in the 2013 Boston Marathon bombing.

Biden’s administration is defending the sentence even though the president has said he will work to end the federal death penalty.

Monday’s arguments will mark the court’s in-person cases after a year and a half of telephone sessions during the coronavirus pandemic. They will be the first courtroom arguments for Barrett as a justice, letting her finally sit in her designated seat at one end of the court’s winged mahogany bench.

The sessions will also be the first to include live audio from the courtroom, something transparency groups have long sought. The court allowed live audio of its telephone sessions, but it wasn’t clear until a few weeks ago whether the practice would continue into the new term.

The arguments will be closed the public, though about two dozen reporters who cover the court on a regular basis will be allowed to attend.

Among the unknowns is what Thomas will do with the new argument format the court is adopting. The longest-serving justice went years without asking a question during the traditional courtroom arguments. But when the court shifted to telephone arguments -- and the justices began taking turns asking questions rather than intervening at will -- Thomas surprised many observers by becoming an active participant.

Now that they are back in the courtroom, the justices will use a hybrid approach, starting with open questioning and giving each lawyer one-on-one time with the arguing lawyer at the end.

“This will be a little bit of a work in progress,” said , an appellate lawyer at .