Philip Hirschkop, a civil rights lawyer in Virginia who co-represented Mildred and Richard Loving in the 1967 Supreme Court decision Loving v. Virginia, argues that antipathy toward interracial marriage is playing a role in sending a severely mentally ill Black man to the execution chamber in Texas. He says he hopes the high court will hear the case and “send a clear message that … racial bigotry will not be tolerated.”

Fifty-four years ago, I represented Mildred and Richard Loving before the U.S. Supreme Court after they pleaded guilty to violating Virginia’s ban on interracial marriage and a court banished them from the state for 25 years. I argued that anti-miscegenation statutes were slave-era laws used to enforce White supremacy, rob Black citizens of their dignity, and make the children of these unions illegitimate.

In holding laws against interracial marriage unconstitutional, the court quoted the trial judge who imposed the criminal penalties on the Lovings: “Almighty God created the races white, black, yellow, malay and red, and he placed them on separate continents. And, but for the interference with his arrangement, there would be no cause for such marriage. The fact that he separated the races shows that he did not intend for the races to mix.”

The trial judge’s order should be part of our dark history, but sentiments like these are still influencing criminal punishments today. It is shocking to learn that antipathy toward interracial marriage is now playing a role in sending a Black man to the execution chamber in Texas—unless the U.S. Supreme Court intervenes.

The Case of Andre Thomas

In 2005, Andre Lee Thomas, a severely mentally ill Black man suffering from schizophrenia and psychosis, was on trial for murdering his estranged wife, who was White, their son, and her daughter.

The jurors were asked their views of interracial marriage and people of different races having children. According to the petition to the Supreme Court, three jurors expressed opposition to one or both. One said that “I don’t believe God intended for this.” Another said, “We should stay with our Blood Line.” A third said that interracial marriage was “harmful for the children involved because they do not have a specific race to belong to.”

Those jurors’ views on interracial marriage and people of different races having children were not harmless personal preferences, but a particular brand of racial prejudice that was directly related to the facts of Thomas’ case. Before Loving, interracial relationships were prohibited by law based on purported justifications such as “racial integrity” and preventing the “corruption of blood”—themes that echo loudly in the jurors’ statements.

According to the petition, at trial, the prosecution played on racial fears and solicited irrelevant testimony about sexual relationships Thomas had with other white women. In arguing to the jury that Thomas should be sentenced to death, the prosecutor asked, “Are you going to take the risk [that, if sentenced to life imprisonment and later released on parole] about him asking your daughter out, or your granddaughter out?” 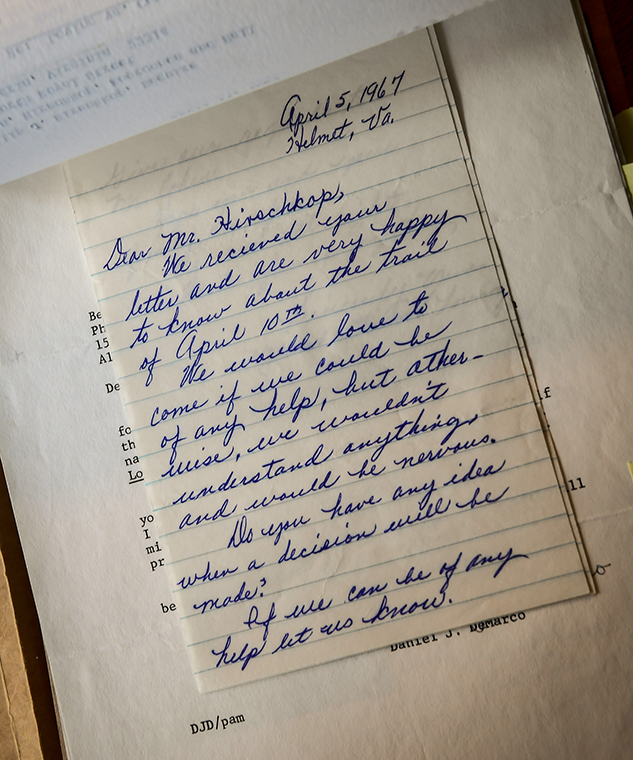 These features of Thomas’s trial are a frightening echo of what was at issue in the Lovings’ case, where it became clear that deep-seated hatred of interracial marriages shares roots with all other pernicious aspects of racism—including that which pervades our criminal justice system.

Thomas’ case is profoundly disturbing for another reason. There seems little doubt that Thomas is mentally ill. Five days after the murders, while in his jail cell, he followed the literal dictate of Matthew 5:29—“if thy right eye offend thee, pluck it out, and cast it from thee”—and gouged out his right eye.

After being convicted and sentenced to death, he gouged out his other eye and ate it. As a judge on the Texas Court of Criminal Appeal acknowledged, Thomas was “in laymen’s terms, ‘crazy.’”

One must wonder—if Thomas were not Black, and his wife not White; if he were not prosecuted in a region where such facts resonated so deeply in racist tropes—would the depth of his mental illness been given more credence?

Andre Thomas was not brought before 12 impartial jurors, as our constitution guarantees, but before a jury with the kinds of prejudices that were directly implicated by the facts of his case. Thomas’ petition is scheduled to be conferenced by the Supreme Court on Jan. 7.

Hopefully the court will grant Thomas’ petition to review the Fifth Circuit’s decision upholding the trial court decision and send a clear message that reiterates the values reflected in their holding from half a century ago: Racial bigotry will not be tolerated.

Philip Hirschkop is a civil rights lawyer in Virginia. He was the attorney for Mildred and Richard Loving who successfully argued to the U.S. Supreme Court that Virginia’s ban on interracial marriage was unconstitutional.