Senators are releasing the first bipartisan bill of the year to overhaul technology platforms’ liability shield a week before the chief executives from , and testify before Congress about the prevalence of misinformation online.

The Platform Accountability and Consumer Transparency (PACT) Act, reintroduced Wednesday by Sens. (D-Hawaii) and (R-S.D.), would hold technology companies accountable for moderating content on their platform by making changes to Section 230 of the Communications Decency Act of 1996, according to a Senate aide.

The bill would “preserve user-generated content and free speech on the internet, while increasing consumer transparency and the accountability of big internet platforms,” Thune said in an emailed statement.

Thune is the ranking member of the Senate Commerce, Science and Transportation Subcommittee on Communications, Media, and Broadband. He said the bill is “a big win for America’s ever-expanding digital landscape and the consumers who depend on it.” 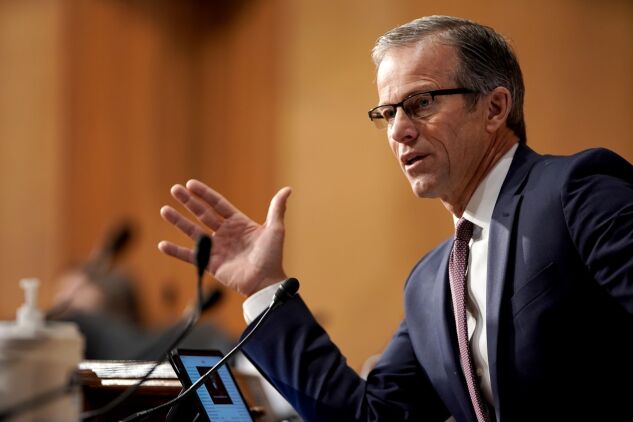 Tech’s Liability Shield Under Fire: 26 Words and What’s at Stake

The revised bill, which was originally introduced last Congress, would require large online platforms to remove content within four days if notified of a court determination that the content is illegal. Last year’s bill required companies to respond within 24 hours.

The updated legislation would require companies to issue biannual transparency reports—versus quarterly reports in the previous bill—that include data on content that’s been removed, demonetized, or deprioritized. It would allow consumers to appeal content moderation decisions. The U.S. Justice Department, Federal Trade Commission, and state attorneys general could also pursue civil lawsuits for online activity under the bill.

The legislation would let individuals lodge complaints with platforms, with the revised bill adding a requirement that complaints must be made in “good faith,” allowing platforms to filter out those from online trolls or spam. Revisions also give companies more times to respond to complaints requiring “extraordinary investigation.”

“By subjecting websites to federal civil liability, the bill is far more radical than it appears and would lead to legitimate speech being removed from the internet as websites take a better-safe-than-sorry approach in taking down user posts,” Chris Marchese, counsel at NetChoice, which represents Facebook Inc., Google LLC, and Twitter Inc., said in an emailed response.

The Internet Association, which represents a broader group of tech companies in addition to Facebook, Google, and Twitter, also criticized the civil liability expansion, as well as the bill’s impact on small companies. The group called for additional safeguards in the court order process.

Digital rights advocacy group Access Now said the bill doesn’t do enough to stop online civil rights harms. “We still have work to do to root out damaging content online, with an eye towards protecting marginalized communities,” Eric Null, the group’s U.S. policy manager, said in a statement.

Next week will be the first time the tech companies will appear before lawmakers since the Jan. 6 attack on the Capitol, which fed dissatisfaction with tech’s liability shield.

The House Energy and Commerce Committee has called Facebook CEO Mark Zuckerberg, Alphabet Inc. CEO Sundar Pichai, and Twitter CEO Jack Dorsey to testify about misinformation and disinformation on their platforms at a March 25 hearing.

To contact the editor responsible for this story: at zsherwood@bgov.com