A California congressman’s venue-shopping strategy for a $250 million defamation lawsuit survived an early hurdle because the tweets that got under his skin were posted from Virginia.

The Virginia Circuit Court for Henrico County decided that it has sufficient jurisdiction to consider whether Rep. (R-Calif.) can use that state court to sue the San Francisco-based company for facilitating defamation against him and censoring conservatives and viewpoints with which it disagrees.

That decision could help Nunes pursue his legal claims against Twitter, a political strategist, and social media accounts, including @DevinCow, a parody account. The lawmaker cited a number of tweets he says are false, including statements that he engaged in sexual acts with President Donald Trump, was racist, and tried to obstruct a federal investigation.

The defendants had argued the case belonged in California, where the company and congressman resided. 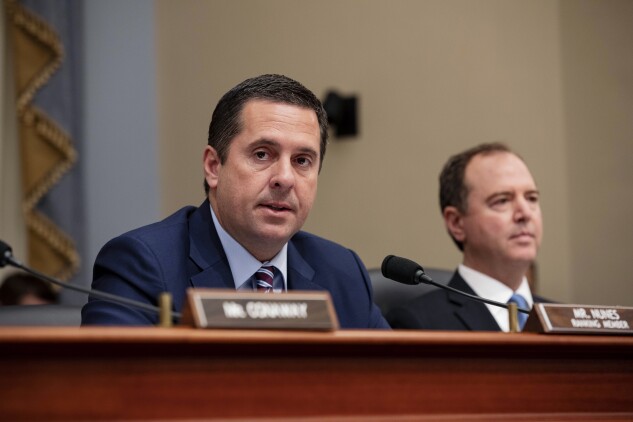 Judge John Marshall said the claims arose from tweets Liz Mair made while she lived in Virginia and the company did business there, so the state had enough jurisdiction to hear the lawsuit. The judge informed the parties by letter and an order is to follow.

While Marshall has yet to rule on the underlying claims of defamation and negligence, his ruling could prove helpful to Nunes.

“California has one of the strongest anti-SLAPP laws in the country and includes a mandatory attorney fee provision, where a defendant who successfully gets a lawsuit dismissed under the anti-SLAPP law is entitled to an award of attorney’s fees,” according to Evan Mascagni, the policy director of the Public Participation Project. Mascagni’s group advocates on free speech issues.

“Virginia, on the other hand, has a much weaker anti-SLAPP law, where an award of attorney’s fees is discretionary,” Mascagni said.

Max Mishkin, an attorney with Ballard Spahr in Washington, D.C., said he isn’t so sure that Virginia’s law was “any weaker on its face than California’s.” Rather, the Virginia statute is much newer so “California has a lot of good case law” that defendants can cite to which doesn’t exist for Virginia, he said.

Twitter said in an email that it “continues to dispute the claims raised by Congressman Nunes.”

The congressman and his representatives didn’t immediately respond to requests for comment on the venue ruling. Mair’s attorneys declined to do so.

Nunes has filed separate defamation lawsuits against Mair and the Sacramento, Calif.-based newspaper publishing company McClatchy in another Virginia state court and against New York-based Hearst Magazines Inc. and reporter Ryan Lizza over an Esquire article in the U.S. District Court for the Northern District of Iowa.

To contact the editors responsible for this story: at krizzo@bgov.com; at lduggan@bgov.com