His companies have submitted bid protests on everything from military space launches to a key piece of hardware for NASA’s Artemis program, delaying the first humans to go to the moon by another year.

Bloomberg News editor Brad Stone, who wrote a book about Bezos, characterized the Amazon founder’s approach to federal procurement as: “Fight every battle, don’t necessarily take no for an answer, and use every tool at your disposal, particularly the courts, to try to win contracts you lose or try to slow down the competition.”

Bezos isn’t afraid to “bring the full force of his relationship with the US government to bear” to reach a desired outcome, Stone said in an interview. Amazon and Bezos didn’t respond to requests for comment on this article.

protested a $10 billion award to for the Pentagon cloud program called JEDI and Bezos-owned Blue Origin protested a nearly $3 billion NASA award to SpaceX for a lunar lander.

The first challenge was successful in recouping lost contracting dollars.

With the second (and unrelated) protest, Bezos managed to secure the likely prospect of a second lunar lander contract following intense lobbying for additional competition.

Amazon Web Services was considered the favorite to win the Joint Enterprise Defense Infrastructure contest in 2019 to build the Pentagon a “general purpose” cloud, but the company lost out on the $10 billion, 10-year contract to competitor Bill Gates’s Microsoft.

AWS blamed President ‘s bias against Bezos, illustrated by the former president’s request to the Pentagon to look closely at the JEDI contract.

The company filed a lawsuit in federal court, bypassing a protest to the Government Accountability Office. The Pentagon ultimately canceled the JEDI award after the court rejected its motion to dismiss the protest.

JEDI’s replacement is the Joint Warfighter Cloud Capability, which will make at least two awards, likely to AWS and Microsoft, instead of JEDI’s winner-take-all approach.

“That is a best-case scenario for a bid protest,” Kennedy said.

AWS assembled a prestigious team of lawyers with Supreme Court experience and alleged that the Pentagon was “kowtowing” to Trump’s personal animus, Kennedy said, a case that’s not made frequently.

“They went after every little morsel and nuglet they could find,” he said.

Another defeat occurred in 2019 when Bezos missed the chance for his aerospace engineering company Blue Origin to land humans on the moon for the first time in more than 50 years, losing to competitor s SpaceX.

SpaceX won its $2.89 billion lunar lander bid as the sole awardee. Blue Origin, which had submitted a $5.99 billion proposal, protested to the GAO that NASA had “moved the goalposts at the last minute.”

NASA had worked with SpaceX, Blue Origin, and Dynetics on nearly $1 billion of concept development contracts before the final award, but the award went to SpaceX for its significantly lower price. 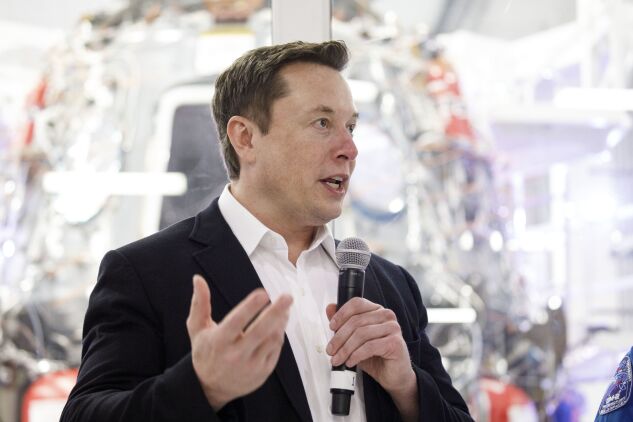 “That really surprised me because I think that really created some just very bad press for them, unnecessarily so,” said Barbara Kinosky, managing partner at Centre Law and Consulting, of Blue Origin. “They already knew what their technical capability was.”

Bezos lost his GAO protest, and the Court of Federal Claims dismissed the appeal last year.

Kinosky said the judge essentially told Bezos, “Why the heck are you coming now and saying that you have a different plan and a lower price?” She was referring to Bezos’ offer, in an open letter, of a $2 billion discount to NASA Administrator Bill Nelson after the SpaceX award was announced.

Bezos ultimately received his desired outcome through another channel: Blue Origin successfully lobbied for the creation of a second lunar lander contract worth $10 billion, which will likely go to Blue Origin, despite the protests of Sen. (I-Vt.), who called it a “Bezos bailout.”

Kinosky said government workers can get rankled when challenged. “Sometimes these protests can be quite nasty. So you are asking somebody that you basically called the village idiot to now award you a contract.”

Bezos watchers say his behavior reflects the stakes attached to winning his bids. “It’s not just losing a moon contract,” Stone said. “It’s losing a future where billions and billions of dollars might be awarded. NASA is crowning its partners for a new space age.”

For an immense contract worth billions of dollars, it would be surprising not to protest, Kennedy said. Even the government expects a high-stakes award to be protested, and the customer relationship calculation when contesting an award “is an age-old question that clients ask all the time.”

“Amazon and Bezos have always operated from a sense of—even as they’ve become one of the biggest companies in the world—a sense of being an underdog, a sense of having to use every technique, every tool at your disposal to try to out-maneuver competitors,” Stone said.

To contact the reporter on this story: in Washington at jaxelrod@bloombergindustry.com