The state’s Republicans crafted a law last year to ensure politicians could remain active on social media platforms such as and after those companies suspended former President ‘s accounts.

Monday’s decision is in separate litigation brought by tech trade groups. The Eleventh Circuit ruled that social media companies are private actors whose rights are protected by the First Amendment, upholding part of an injunction against the state law that sought to penalize social media companies for banning political candidates from their platforms.

But the state has a legitimate interest in ensuring that a platform’s users “aren’t misled about platforms’ content-moderation policies,” the appeals court said, lifting part of the preliminary injunction ordered June 30 by pertaining to the companies’ disclosure obligations.

“Put simply, with minor exceptions, the government can’t tell a private person or entity what to say or how to say it,” the appeals court said in an opinion signed by of the US Circuit Court of Appeals for the Eleventh Circuit.

“We further conclude that it is substantially likely that one of the law’s particularly onerous disclosure provisions—which would require covered platforms to provide a ‘thorough rationale’ for each and every content-moderation decision they make—violates the First Amendment,” the court said.

But the court lifted the preliminary injunction against the law’s other disclosure provisions regarding publishing a platform’s standards, changes to a platform’s rules, view counts, free advertising for candidates, or a user’s access to their data after receiving notice of removal from a platform.

“We will continue to vigorously defend Florida’s authority to demand accountability from Big Tech,” she said in a statement posted to her Twitter account.

The law (S.B. 7072) had been one of DeSantis’ legislative priorities last year. Had it taken effect July 1, it would have imposed $250,000 daily fines on social media companies that block a statewide candidate for more than 14 days. Blocking candidates in local elections would have carried a $25,000 daily fine.

It would have let individual users seek up to $100,000 in damages for claims that a platform’s content standards weren’t applied consistently to their posts or profiles. 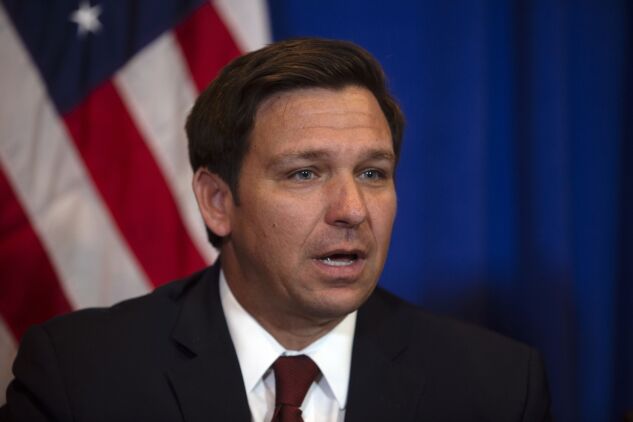 While promoting the measure, DeSantis and Florida’s Republican-led Legislature cited Twitter’s permanent suspension of Trump, and YouTube’s removal of a panel DeSantis hosted with scientists who opposed masks and business closures during the pandemic. They also said social media platforms function as public spaces and so must remain open to all.

“These platforms essentially assert that in their interactions with users they are a law unto themselves, assuming the authority to silence whomever they want,” attorneys for the state said in a Dec. 20 brief.

“Nothing in federal law requires States to meekly stand by when private interests assert such authority to restrict the ‘free flow of information and ideas.’”

A statement Monday from Bryan Griffin, deputy press secretary in the governor’s office, said, “Although the Eleventh Circuit approved some provisions of the law, we are nevertheless disappointed that the Court continues to permit censorship. The Court’s central holding that social media platforms are similar to newspapers and parades, rather than common carriers that transmit others’ messages, is stupefying. Floridians know differently. Our office is currently reviewing the options for appeal. We will continue to fight big tech censorship and protect the First Amendment rights of Floridians.”

The Computer & Communications Industry Association and NetChoice sued the state in May 2021. The trade groups’ members include , , , , and Pinterest.

The tech trade groups also challenged a 2021 Texas law restricting content moderation by social media companies, which they allege would force them to host extremist content. Earlier this month, the Fifth Circuit put on hold a temporary injunction against key parts of the law that a lower-court judge issued in December.

The tech groups filed an emergency request to the US Supreme Court seeking to block the Texas law.

CCIA and NetChoice applauded Monday’s opinion in the Florida case.

“The First Amendment protects platforms and their right to moderate content as they see fit—and the government can’t force them to host content they don’t want,” Carl Szabo, vice president and general counsel of NetChoice, said in an emailed statement. “This makes it even more likely that the US Supreme Court will overturn the 5th Circuit’s split decision on the similar Texas law.”