For years, brushed off complaints from civil rights groups that it didn’t do enough to combat racism, discrimination and voter suppression flourishing on its site. Now, pressure from a boycott by major advertisers is forcing the social media giant to address their concerns.

Facebook Chief Executive Officer has agreed to meet on Tuesday with leaders of the National Association for the Advancement of Colored People, the Anti-Defamation League and Color of Change to discuss their requests. Facebook is increasingly playing defense against a growing group of civil rights organizations, employees and companies demanding that the technology giant do more to fight injustice on its platform. 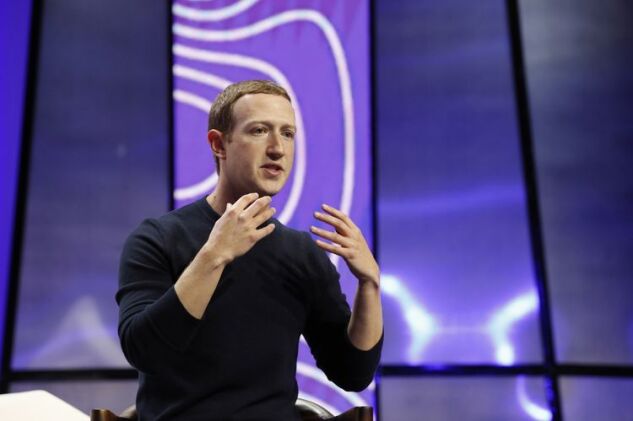 “Right now is a moment of real reckoning for the company,” said , chief executive officer of The Leadership Conference on Civil & Human Rights. “There’s a lot of pressure.”

The advocates led the campaign to persuade advertisers including and to halt spending on the platform, focusing attention on Facebook’s policies as public outrage swells over racial inequities in America following the shocking video of the death of George Floyd in police custody.

Civil rights groups have long been asking Facebook to make policy and staffing changes to address their grievances. Concerns have included how the platform has promoted discriminatory advertising, allowed foreign adversaries to try to suppress the Black vote, and let white supremacy groups organize rallies. 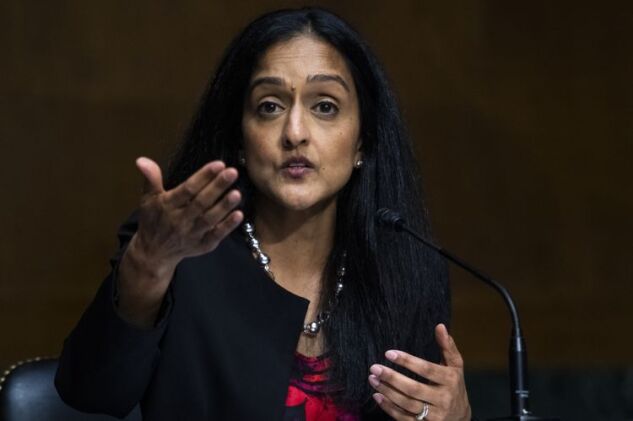 Leaders of the groups said their efforts to get the social media platform to change have often been only given lip-service, and, at times, even attacked.

Facebook declined to comment, but pointed to an Friday that it will attach to posts about voting a link to an information portal that explains how and when users can vote and how to register. The company has set a goal of helping to register 4 million new voters before the presidential election.

Facebook is also under increasing scrutiny in Washington. Zuckerberg has before a House antitrust panel along with CEOs of other large technology platforms and the company faces antitrust investigations by two federal agencies and nearly all 50 states.

Gupta and other advocates said Facebook has improved its response to concerns about Census misinformation and has curtailed discriminatory ads, but has fallen short in fighting voter suppression, election misinformation and moderating political speech.

“They are making many of the changes at our urging, but are missing the core piece,” Gupta said, pointing to Zuckerberg’s insistence on leaving misleading political speech unchecked because he deems the content newsworthy. 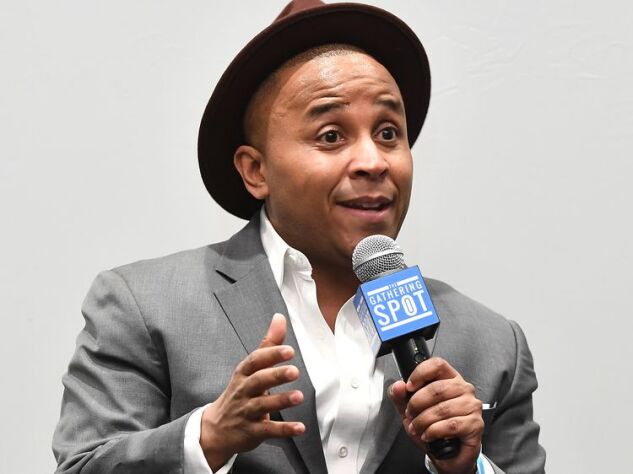 Gupta was on a call with Zuckerberg last month, along with , president of Color of Change, and , president of the NAACP Legal Defense and Educational Fund, to discuss Facebook’s plans to prepare for the upcoming elections. Donald Trump had recently threatened on social media to withhold funding from Michigan over the state’s mail-in balloting plans. When Gupta questioned Facebook’s policy on political speech, Zuckerberg told her Trump’s posts represented hard “edge cases,” she recalls. Gupta said she disagreed and told him “at every turn you should be making the decision to weigh in favor of fair elections and protecting voting rights.”

Civil rights advocates had been contacting Facebook as early as 2017 about issues such as hate speech and election interference, but intensified their outreach following reports that Russian operatives had exploited Facebook and other platforms to suppress Black voting, stir social unrest and help Trump win the 2016 election.

Madihha Ahussain, a special counsel for Washington-based group Muslim Advocates, said that while her group initially thought they were making progress with Facebook over anti-Muslim posts, they began to realize the company wasn’t taking systematic action. They were “just listening to us and nothing is changing on the platform itself,” Ahussain said. “We were just getting the runaround.” 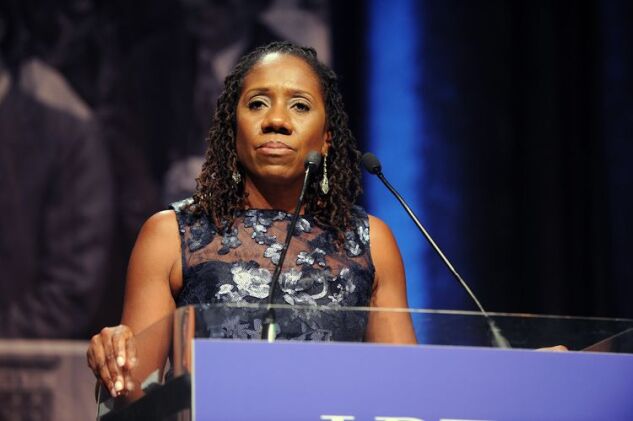 For Robinson, the turning point came in November 2018, when he got a call from a New York Times reporter asking him to comment on startling revelations: Facebook had hired Definers Public Affairs, a former Republican-linked firm, to compile opposition research about billionaire investor ’s funding of groups that were critical of Facebook -- including Color of Change -- and circulate it to reporters. Soros had attacked Facebook earlier that year as a to society.

“It became very clear that we had to reset the terms of the relationship,” with Facebook, said Robinson. “We knew that we must have been on to something if they were trying to spend their money to discredit us.”

The advocates sent an open letter to Zuckerberg and Chief Operating Officer calling for the creation of a C-suite position to advocate for users’ needs and work with civil rights groups. They also sought more transparency about a civil rights audit the company had initiated.

Facebook fired Definers and Sandberg later apologized in a meeting with the advocates. Facebook tapped , a veteran at the , to do the audit and agreed to release the results.

Meanwhile, the groups were growing increasingly concerned that Facebook wasn’t prepared to spot and eliminate voter-suppression campaigns or misinformation on its platform ahead of the 2018 midterms.

About two months before the election, groups including the National Urban League and the NAACP traveled to Facebook’s headquarters in Silicon Valley to see its election “war room” and discuss its election-integrity plan with company officials, including Sandberg, said LaShawn Warren, executive vice president of government affairs at the Leadership Conference on Civil and Human Rights, which also attended. 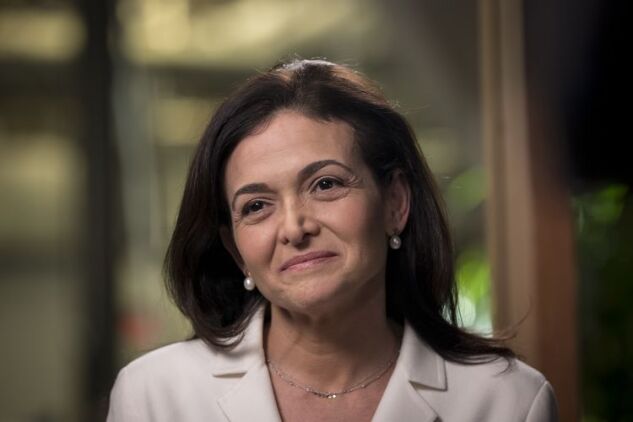 To Warren, the Facebook team seemed more focused on eliminating inaccurate information about poll locations and opening and closing times than it was in detecting more sophisticated ways bad actors could try to dissuade voters. Her group pressed Facebook to hire more people with voter-suppression expertise.

It wasn’t enough for the groups. That same day, more than 30 organizations representing civil rights advocates, big tech critics and liberal causes wrote a letter expressing “profound disappointment regarding Facebook’s role in generating bigotry and hatred toward vulnerable communities” and called for Zuckerberg and Sandberg to step down from the board.

They didn’t step down, but Sandberg and other Facebook officials continued to talk with civil rights groups about their complaints. Sandberg met with advocates and members of the in Washington in May 2019.

Facebook won praise from the groups for its content that misrepresents the 2020 U.S. Census, but tensions flared again in October of last year around Zuckerberg’s speech at , in which he defended the company’s policy to not fact-checking political ads. He extolled the platform’s fight to uphold free speech, citing protests against the Vietnam War and ’s “Letter from Birmingham Jail.”

Zuckerberg had previewed his remarks during a phone call with at least one civil rights leader who expressed concern that his emphasis on free speech could come at the expense of civil rights, according to a person familiar with the matter. The leader told Zuckerberg that Facebook’s top executives had no civil rights experience. The co-founder responded that he had a lot of former President Barack Obama people on staff, the person said. The leader also cautioned him against invoking Martin Luther King Jr. to make his point, the person said.

Zuckerberg’s speech won praise from conservatives, but criticism from civil rights advocates including King’s daughter, , who argued that Facebook was avoiding reforming its content-moderation practices.

Just before the speech, Politico reported that since July 2019, Zuckerberg had been meeting with prominent conservative thinkers, including commentator Ben Shapiro, and Fox News host .

Facebook was increasingly facing criticism for catering to conservatives in its polices and rhetoric. It was only after news broke about Zuckerberg’s meetings with right-leaning pundits that he invited the civil rights advocates to a dinner at his Palo Alto, California, home in November 2019.

“I did feel that Zuckerberg listened to us,” said Ifill of the NAACP Legal Defense and Education Fund, who was at the dinner. “Listening is not quite the same, you know, as being willing to actually make change.”