The Facebook Oversight Board’s decision to uphold the ban on former president spurred Republicans to call for antitrust reform to break up big tech platforms such as that they say censor conservative speech, while Democrats pressed for solutions to stop the spread of misinformation and hate speech online.

“The latest decision by Facebook was essentially a Rorschach Test for both parties to see in it what they wanted to see,” said Carl Szabo, vice president and general counsel of tech trade group NetChoice.

The debate over holding technology platforms accountable can be separated into three approaches: breaking up big tech, limiting liability protections granted by Section 230 of the Communications Decency Act, and re-classifying the companies as utilities. Each approach faces its own challenges, above all will be attracting bipartisan support. 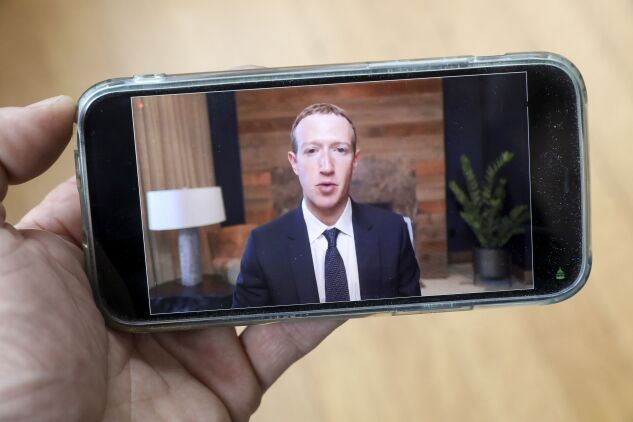 “I think antitrust is going to take a longer time, because it’s been percolating slightly less long,” Mark McCarthy, a professor in Georgetown University’s Communication, Culture and Technology Program, said in an interview. “I actually think it’s a lot more likely you’re going to get some consensus on a Section 230 bill,” said McCarthy, who is also a resident senior fellow at The Brookings Institution.

However, Szabo cautioned that Section 230 reform still lacks bipartisan consensus. “You have two diametrically opposed views of what should be done, pulling in opposite directions,” Szabo said. “You have Democrats calling for more moderation and Republicans calling for less.”

Republican and Democratic lawmakers have pressed for antitrust legislation this Congress to make it easier for the tech companies to be broken up. The House and Senate Judiciary committees are leading those pursuits.

Chair (D-R.I.) antitrust subcommittee is working on a series of bills to reform outdated laws to make it easier to bring antitrust cases against large tech companies. Cicilline’s office declined to comment on timing for his legislation.

“Now more than ever we need aggressive antitrust reform to break up Facebook’s monopoly,” said Rep. (R-Colo.), ranking member of the House Judiciary Antitrust, Commercial and Administration Law Subcommittee, in a statement after the oversight board ruling.

In the Senate, (R-Mo.) has called for Facebook to be broken up. Hawley introduced two bills ( and ) in April that sought to reform antitrust law. Hawley said earlier this week that he sees “some good common ground” with legislation from Sen. (D-Minn.), chair of the Judiciary Committee Subcommittee on Competition Policy, Antitrust, and Consumer Rights.

Klobuchar introduced a broad antitrust reform bill () earlier this year that would make it easier to bring antitrust cases and would ban “mega-mergers” larger than $5 billion.

“I will continue to work with Democrats and Republicans in the Senate and the House to make meaningful reforms,” Klobuchar said of her efforts to pass antitrust legislation.

While there is strong bipartisan agreement that the 25-year-old Section 230 of the Communications Decency Act needs updating, there is little consensus on how to do it. The law gives tech companies broad liability protections over most third-party content and allows them to moderate or remove posts that violate their policies.

Their bill would require tech companies maintain clear terms of service and consumer protection policies and would amend Section 230 to clarify that the Federal Trade Commission has authority to oversee and enforce tech companies’ terms of service, according to advanced bill text provided to Bloomberg Government.

“It would be an unfair and deceptive trade practice under the FTC if the companies did not follow their own terms of service,” Schakowsky said in an interview. “It makes it very clear that Section 230 does not in any way impact the authority of the FTC to hold them accountable.”

The bill would also allow consumers to sue if the companies violate their terms of service, something that isn’t likely to gain Republican support.

The only current bipartisan Section 230 bill is the PACT Act, sponsored by Sens. (D-Hawaii) and (R-S.D.), which would require large platforms to remove content within four days of a court determination deeming that it is illegal and would require biannual transparency reports of content removed by the platforms.

Conservative Supreme Court Justice Clarence Thomas indicated in a recent concurring opinion that he supports the legal feasibility of treating the platforms as common carriers. “There is a fair argument that some digital platforms are sufficiently akin to common carriers or places of accommodation to be regulated in this manner,” Thomas wrote after the Supreme Court declined to hear a case about Trump blocking followers on his Twitter account.

“Justice Thomas’s recent opinion suggesting that powerful online platforms should be treated as common carriers offers a sound basis for legislation that would bring accountability to this industry,” Wicker said in a statement after the Facebook Oversight Board ruling.

So far, only Sen. (R-Tenn.) has introduced legislation () classifying the companies as common carriers. The measure would also repeal Section 230.

Mike Matthys, co-founder of the First and Fourteenth Institute LLC—an education and advocacy group focused on free speech and due process—said the common carrier approach is a realistic option if tech companies can’t set their own clear regulations and enforcement actions, but noted that they have the tools do so.

“Today, when it’s opaque and unclear, it’s very easy for people to interpret these things as biased,” he said.

To contact the editors responsible for this story: at zsherwood@bgov.com; at aschank@bgov.com