is increasingly likely to miss a Trump administration deadline for the sale of its TikTok U.S. operations after complicated negotiations with bidders and , according to people familiar with the matter.

ByteDance probably needs beyond the U.S. executive order ban on to nail down an agreement with either party because of , said the people, asking not to be identified because the matter is private. In preliminary talks with Chinese officials, ByteDance has been told any proposal must be submitted for approval with detailed information about technical and financial issues, and the review will be substantial and take time, one of the people said. The officials haven’t been willing to give specific guidance on what kind of deal would work, the person said.

Donald Trump in the U.S. there would be no extension of the deadline.

Microsoft and Oracle, which had submitted proposals before the Chinese regulations hit, both continue to be interested in buying the U.S. arm of the hit video app and have not been dissuaded by Beijing’s involvement, the people said. The bidders have asked ByteDance to get as much clarity as possible from Beijing on the new regulations, which of certain artificial intelligence technologies that TikTok uses, they said.

The parties are still racing to present a preliminary deal to the White House before this month’s deadline, though no agreement could be finalized before Beijing’s signoff. It’s also possible that of a sale altogether if it determines it can’t satisfy both governments, the bidders and its own shareholders.

ByteDance founder has been caught in a clash between the world’s two preeminent powers. The serial entrepreneur has been reluctant to give up U.S. TikTok from the start because he sees the business as a viable long-term competitor to and Google. He came under pressure to cede control when the Trump administration said it would ban the app and his own venture investors pressed for a sale to salvage some value from the operation.

The Trump administration had been considering whether to give more time, but the president’s comments appeared to put an end to such deliberation.

“We’ll either close up TikTok in this country for security reasons, or it will be sold,” he told reporters Thursday before boarding the presidential aircraft for a campaign trip to Michigan. “There will be no extension of the TikTok deadline.”

The specific deadline for ByteDance to act remains an open question in the U.S. due to a confusing series of Trump statements and orders. While Trump has said he wants a deal by Sept. 15, the ban on TikTok’s U.S. operations that he signed last month in a bid to force a sale requires the company to act by Sept. 20. A separate decision by the Committee on Foreign Investment in the United States, or CFIUS, requires a sale by mid-November. 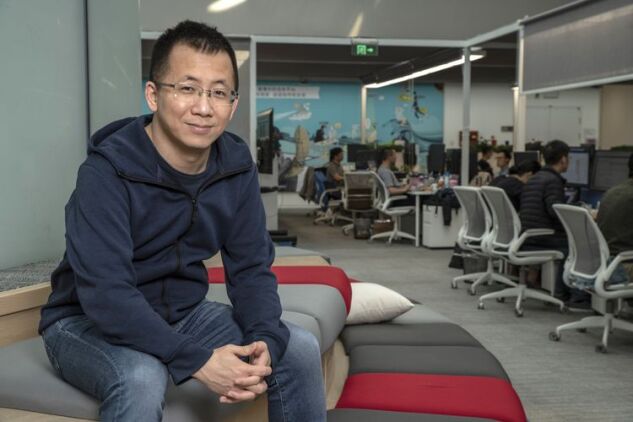 ByteDance in the U.S. the executive order ban, arguing that putting it out of business without adequate notice and a fair chance to respond deprives it of its due-process rights in violation of the Constitution. The Beijing-based company has also denied its app represents a security threat and said no data from American users is shared with China.

In negotiations earlier this year, ByteDance had attempted to work out a U.S. sale that would allow it to retain a substantial interest in the American operations, but the Trump administration has pushed back on that idea. Zhang would still like a small slice of the operation, the people said. But Microsoft and its partner in the deal, , want full ownership of the business, one person said, while Oracle’s stance isn’t clear.

Analysts and bankers have estimated TikTok’s U.S. business is worth , although the price would vary widely depending on what is included with the sale. The specific offers from Microsoft, which is teaming up with , and Oracle, which has won support from such as , could not be determined.

China made its 11th-hour entry into the TikTok process the last weekend of August, just as ByteDance had two offers in hand and planned to review them in hopes of making a final decision by the close of Sunday, a different person said. Beijing’s move blindsided the company, this person said.

Without any discussion or public announcement, China posted notification of , including speech recognition and techniques for personalizing content. The aim of the rules is not necessarily to block a sale of the U.S. operations, but to ensure Beijing is actively involved and to slow down the process, one person said. The review may well push finalization of any agreement beyond the U.S. elections in November, the person said.

TikTok’s algorithms are not a big sticking point for the bidders, the second person said. Both Microsoft and Oracle have the technical chops to build their own algorithms and would get data to fine-tune them, the person said.

ByteDance’s regulatory team and deal negotiators have discussed whether it’s still possible to craft a sale that can win approval from both governments, an acquirer, venture investors and ByteDance itself.

Zhang is still operating from a position of strength. Privately held ByteDance is already worth $140 billion, according to startup tracker CB Insights, and is said to have generated more than $3 billion of net profit on more than $17 billion of revenue in 2019.

Investment bankers have begun pitching Zhang’s team on going public in China or Hong Kong, even amid growing scrutiny in the U.S., and demand for initial public offerings from technology companies in the market is surging. Zhang stands to make billions no matter what happens with Trump and TikTok U.S.