is the latest U.S. company caught in the cross hairs of a new weapon of the resurgent social-justice movement: investor lawsuits demanding minority representation on boards of directors.

The complaint against the $148 billion medical equipment giant is different because it was filed by an institutional investor, the pension fund of Pontiac, Michigan, a majority-Black suburb of Detroit.

and were targeted in suits filed earlier this year in the aftermath of the police killing of George Floyd in Minneapolis which sparked nationwide protests, but those cases were lodged by individual shareholders.

While street activists focus on the criminal justice system, the investors are stressing the bottom line. 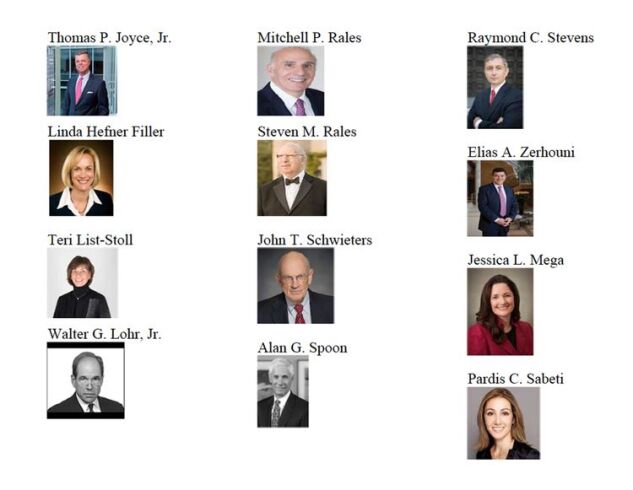 Photos of directors of Danaher Corp. are displayed in a lawsuit by the City of Pontiac General Employees’ Retirement System demanding that the company diversify the board to include people of color.
Source: Complaint filed in Washington federal court

The City of Pontiac General Employees’ Retirement System says Danaher’s lack of diversity -- it has no African Americans on its 12-member board -- amounts to a breach of its fiduciary responsibility to investors. The complaint was filed Tuesday, the same day as Danaher Rainer Blair, a White man, as its new chief executive officer, replacing .

“Danaher has repeatedly claimed that diversity is among the company’s top priorities,” the pension fund said in the suit. “But, in 2020, there are still no African American directors on Danaher’s board.”

“We are working hard to build an organization that celebrates difference, learns from diverse perspectives, and values inclusion as a core foundation of our company culture,” Angie Lalor, Danaher’s senior vice president for human resources,” is quoted as saying on the company’s website.

The pension fund is asking the court to order Danaher’s individual directors to pay damages to the company and to “take all necessary actions to remove the institutional structures preventing the company from achieving its stated diversity objectives.”

It is also asking the company be required to add three new members to its board: two African Americans and a member of another minority group.