Senate Republicans blocked Democrats’ expansive overhaul of U.S. election laws from advancing to the chamber floor, dealing the Democratic majority a defeat on a chief 2020 campaign promise and underscoring their limited power in a chamber evenly split between the two political parties.

The bill failed to advance on a 50-50 party-line vote, short of the 60 needed to overcome a filibuster. Democratic Senator of West Virginia made a last-minute decision to side with his party, providing Senate Majority Leader sought-after Democratic unity after weeks of negotiations with him. 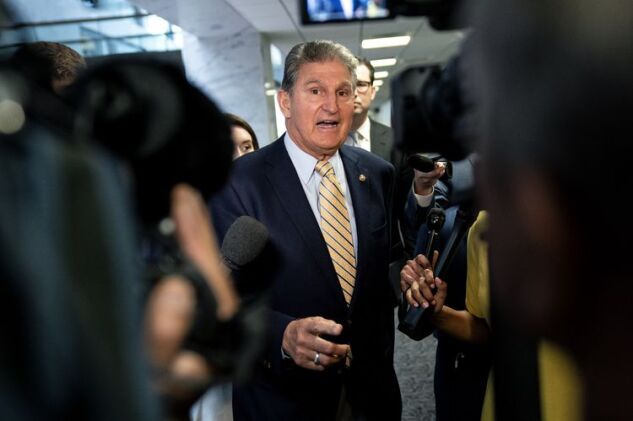 Joe Manchin speaks to members of the media at the Hart Senate Office building in Washington, D.C., on June 22.
Photographer: Stefani Reynolds/Bloomberg

The showdown with Republicans is again putting the spotlight on the chamber’s filibuster rule. The GOP move against voting rights legislation will be used by Democratic leaders to make a case for changing getting rid of or changing filibuster, which allows a minority of just 41 senators to thwart most legislation.

Democrats renewed their attempt to pass the legislation after gaining control of both chambers of Congress and as some GOP-controlled states have imposed new voting rules, egged on by former President ’s repeated false claims that the 2020 presidential election was rigged. There have been 389 bills with restrictive provisions introduced in 48 states by mid-May, and 22 had been enacted, according to the Brennan Center for Justice at New York University.

“In the fight for voting rights, this vote was the starting gun, not the finish line,” Schumer said. “Make no mistake about it, it is not the last time that voting rights comes up for debate in the Senate.” 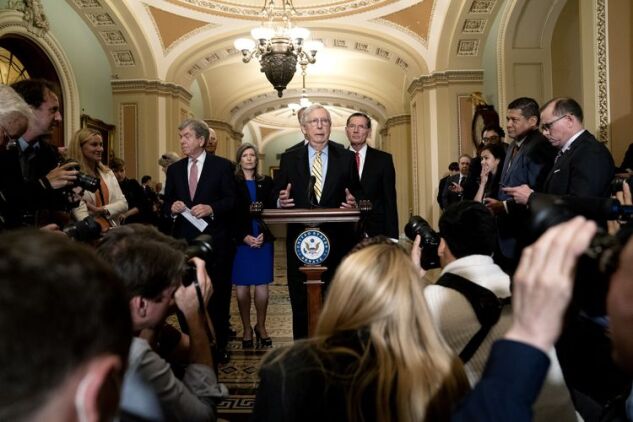 Mitch McConnell speaks during a news conference at the U.S. Capitol in Washington, D.C., on June 22.
Photographer: Stefani Reynolds/Bloomberg

Senate GOP leader said the bill is largely a package of long-standing ideas by Democrats designed to reshape election law to their own advantage, and is hardly a case for changing the chamber’s filibuster rules.

“Whatever label Democrats slap on the bill, the substance remains the same: It’s always been a plan to rewrite the ground rules of American politics,” McConnell said.

The Senate bill, known as the For the People Act, , would set national standards for election laws, including no-excuse-needed mail-in voting and automatic voter registration, require new campaign finance disclosures and impose new ethics provisions for all three branches of the federal government. The House passed its own, very similar, version of the bill in March.

Manchin was the only Senate Democrat who didn’t sign onto the bill, arguing that it is best to have bipartisan changes to election laws. He met extensively with other Democrats and leaders of top civil rights groups in recent weeks as his opposition became an intense focus of interest. Manchin last week proposed his own, somewhat less sweeping measure.

‘Democracy Is in Peril’

President met with Manchin on Monday to discuss voting rights and how to advance an election law bill in the narrowly divided Senate. The administration backed the Senate bill, releasing a statement of policy on Tuesday that cited the violent insurrection by a mob of Trump supporters on Jan. 6 that disrupted congressional certification of the Electoral College votes.

“Democracy is in peril, here, in America. The right to vote – a sacred right in this country – is under assault with an intensity and an aggressiveness we have not seen in a long time,” the statement said. “This landmark legislation is needed to protect the right to vote, ensure the integrity of our elections, and repair and strengthen American democracy.”

Manchin’s proposal includes dozens of items addressing voting rights, ethics and campaign finance. Some are likely to appeal to Democrats, such as minimum standards for early voting, a ban on partisan gerrymandering of congressional districts and a federal holiday for election day. Yet the proposal also includes voter identification requirements, which generally are opposed by many Democrats.

His proposal has been embraced by 2018 Georgia Democratic gubernatorial nominee , now a top voting rights activist in her party, and former President . Democrats in Congress say they will continue to discuss the West Virginia senator’s ideas, but it’s not clear it will ever be considered on the Senate floor.

“I’ve found common ground with my Democratic colleagues on a new version of the bill that ensures our elections are fair, accessible and secure,” Manchin said in a statement. “Unfortunately, my Republican colleagues refused to allow debate of this legislation despite the reasonable changes made to focus the bill on the core issues facing our democracy.”

House Majority Leader said Tuesday that the Senate’s failure to advance the legislation “will be dramatic evidence why the filibuster needs to be modified.” Schumer declined to comment on any moves he would make on the filibuster.

Manchin and Arizona Democratic Senator have both said repeatedly they would not get rid of the filibuster rule that enables a Senate minority to block most legislation.

In a Washington Post op-ed published on Monday night, Sinema reiterated her opposition to eliminating the filibuster.