Derek Chauvin’s trial in a conviction. The business reckoning inspired by George Floyd’s killing is far from over.

Since Floyd died under the knee of former police officer Chauvin on May 25, more than 80 companies in the S&P 100 have promised to improve hiring for Black and other minority workers. Almost half have goals for improving representation in management, according to data by Bloomberg. Twenty two S&P 100 companies have joined the OneTen Coalition, a to add 1 million middle-income jobs for Black workers in a decade.

That’s the good news. But while corporations such as Microsoft Corp., Target Corp. and Starbucks Corp. have made specific promises for hiring more Black workers, a majority of large companies still haven’t set quantifiable diversity goals. Many companies remain reluctant to even disclose details about the racial composition of their workforce. At the current rate, it will take Black Americans 95 years to reach workforce parity in all levels of U.S. private industry— having 12% representation at every level of a company, according to a February report from McKinsey & Co.

Activists worry about how they’re going to sustain interest and keep companies committed to change, pointing to the police shooting of Daunte Wright just miles from where Floyd died as a reminder that systemic racism remains ingrained in American society. They’re encouraged by what they’ve seen from the business community, but they’re also seeking to hold companies accountable for the pledges they made in the aftermath of Floyd’s death.

“It is more than virtue signaling,” said Yusuf George, managing director for corporate engagement at JUST Capital, which advocates for corporate transparency and equity and is tracking the commitments of the 100 biggest U.S. employers. “What’s different in this moment is companies are really thinking more deeply about how these societal issues impact their stakeholders. This moment is one of asking companies are they honoring the commitments they made for creating a more equitable nation for us all.” 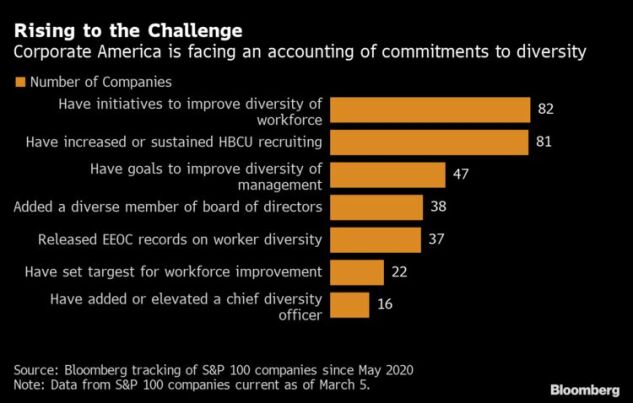 Here’s a closer look at four ways companies are changing, and how much work they have to do:

More than 75 companies have signed up with either the Board Diversity Action Alliance or the Board Challenge — some like Uber Technologies and WW (formerly known as Weight Watchers) have signed up for both — seeking to get at least one Black director on each public company board. The more than 100 Black directors added to S&P 500 boards since the protests of Floyd’s death represent a record-setting pace, executive recruiter Russell Reynolds said in late February. Raytheon Technologies Corp. on Monday appointed venture capitalist Bernard Harris Jr. to its board, the first Black person to walk in space. Harris replaced Gen. Lloyd Austin, who left the board when he was appointed by President Joe Biden as the first Black Secretary of Defense.

Still, more than 100 boards have no Black directors, Russell Reynolds reported. And when Merck CEO Kenneth Frazier in June, there will be only five Black CEOs in the S&P 500 — a smaller number than there were even eight years ago. 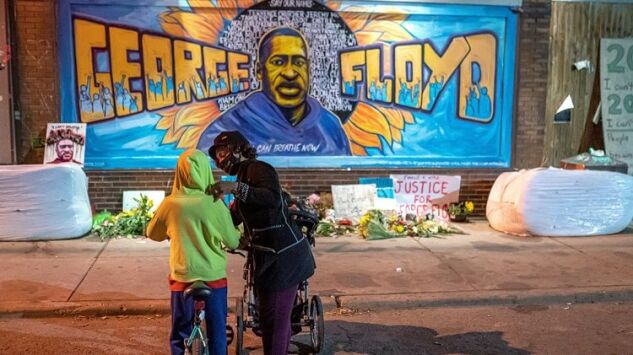 The American Rescue Plan Act included $12 billion for Community Development Financial Institutions and Minority Depository Institutions—banks designed to help spur investment and jobs in underserved communities. In the previous quarter century of the existence of the federal charter for CDFIs, only $3 billion in funds came from budget appropriations from the federal government, said , the CEO of Southern Bancorp, an Arkansas-based CDFI.

But CDFIs and MDIs need more equity investment to create more loans and increase their impact, Williams said. For many banks, the funding is merely a stopgap, and more work is done to keep them healthy, he said. Bank of America and Goldman Sachs are among the large banks that have established partnerships with CDFIs and MDIs.

“I’m cautiously optimistic,” said Williams, who has been CEO of Southern since 2013. “I’m seeing an unprecedented amount of attention to inequity in society and structural challenges in society. We’ve always known they existed. Now they are being talked to much more openly, much more freely, and with an eye towards a solution.” 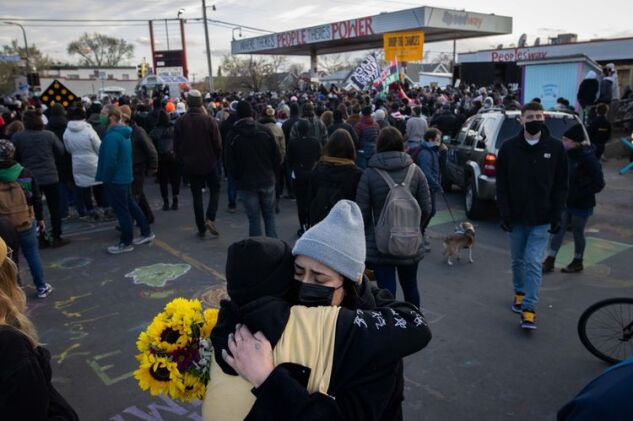 People embrace after the verdict is announced in the trial of Derek Chauvin at George Floyd Square in Minneapolis, Minnesota on April 20.
Photographer: Christian Monterrosa/Bloomberg

The $1 billion or so in donations from corporations, foundations and wealthy donors to Historically Black College and Universities over the past year are well intentioned and a dramatic increase from previous levels of support, but they also risk flowing through without lasting change, said Michael Lomax, CEO of the United Negro College Fund. In the Bloomberg analysis, 81 companies said they were increasing or maintaining recruiting with HBCUs. Much of the focus from U.S. companies is on the 20 biggest and most healthy of the 101 HBCUs, such as in Washington and Spelman College in Atlanta, Lomax said. All the companies end up competing for the best graduates from a select number of schools, he said.

“You’re just skimming the surface; you’re just touching a handful of institutions,” Lomax said in an interview. “You touch four, but you leave 97 untouched. A lot of what has been happening has been well-intentioned, but it isn’t going to change things markedly.”

The total HBCU system, with about 250,000 students, has a six-year graduation rate of about 36% and generates about 50,000 graduates a year, Lomax said. If corporate funding were focused on fixing the system, on getting that graduation to increase across the board, companies would have a much larger pool from which to hire and the benefit to a Black middle class would be longer lasting, he said.

Investors such as BlackRock Inc. and Vanguard Group Inc. are voting against directors at companies that reject calls to diversify workforces. Goldman Sachs will no longer back the IPOs of companies with non-diverse boards. Nasdaq Inc. is proposing requiring listing companies to either have diverse board membership or explain the lack of diversity.

But corporate commitments to social change come with a price — accountability, said Shelley Alpern, director of shareholder advocacy at Rhia Ventures, which pressures companies for transparency. She is pushing shareholder proposals at Home Depot Inc., Pfizer Inc. and JPMorgan Chase & Co. asking that they prepare annual reports that line up their corporate campaign contributions with the positions they have taken on political issues. All three companies oppose the proposals, which will come to a vote during annual meetings later this year, and indicate they already have sufficient oversite or have made recent adjustments. JPMorgan has paused political action committee activities to review their policies. Home Depot shareholders rejected the proposal last year. It’s the first year for Pfizer and JPMorgan.

“Companies are still uncomfortable that they can’t claim neutrality if they are doing political spending,” said Alpern, who has been pushing various proposals on election disclosure since the beginning of this century. “Many of those contributions do real damage to their employee base, the communities where they are operating, to all sorts of stakeholders.”

To contact the author of this story:
in Southfield at jgreen16@bloomberg.net