Derek Chauvin and the three other former Minneapolis police officers involved in the death of last May were indicted by a federal grand jury for violating Floyd’s constitutional rights during an arrest that sparked nationwide protests over police violence against Black people.

The indictment, unsealed Friday, comes less than three weeks after Chauvin, 45, was found guilty on separate state charges of murder and manslaughter for holding his knee on Floyd’s neck for more than nine minutes as Floyd, 46, repeatedly said he couldn’t breath and begged for his life.

The development comes almost a year after Floyd’s death ignited a summer of grief and rage and the greatest racial reckoning in the U.S. since the 1960s. It shows the federal government’s to seek justice for Floyd even after Chauvin’s conviction was praised by his family and civil rights activists.

“The federal government has a responsibility to protect the civil rights of every American and to pursue justice to the fullest extent,” Minnesota Attorney General said in an emailed statement. 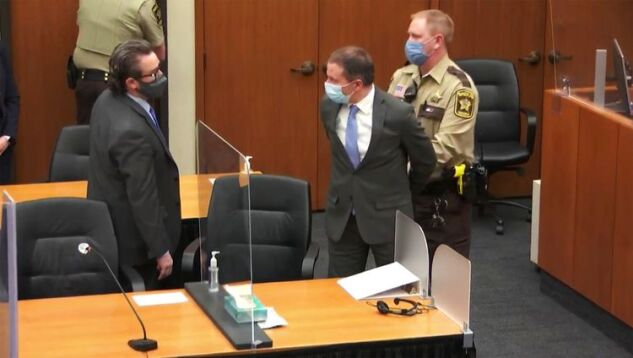 Chauvin is taken into custody after the verdicts were read on April 20, as his attorney, Eric Nelson, looks on.
Source: Court TV via AP

The three-count indictment, returned on Thursday by a federal grand jury in Minneapolis, “alleges that Chauvin’s actions violated Mr. Floyd’s constitutional right to be free from the use of unreasonable force by a police officer and resulted in bodily injury to, and the death of, Mr. Floyd,” the U.S. Attorney’s Office in Minneapolis said in a statement. In a separate indictment, Chauvin is accused of using unreasonable force in a 2017 incident involving a 14-year-old boy.

The other three former officers in the main indictment are Tou Thao, J. Kueng and Thomas Lane, who are seen on a viral video assisting in the arrest and failing to help Floyd, and who face trial in the state case in August.

Thao and Kueng were aware that Chauvin was holding his knee on Floyd’s neck even as he lay on the ground “handcuffed and unresisting,” according to the federal indictment. They knew Chauvin continued to press Floyd to the ground even after he passed out and yet “willfully failed to intervene,” the grand jury found. The third count accuses all four ex-officers, including Lane, of willfully failing to give Floyd medical care, “thereby acting with deliberate indifference to a substantial risk of harm to Floyd.” 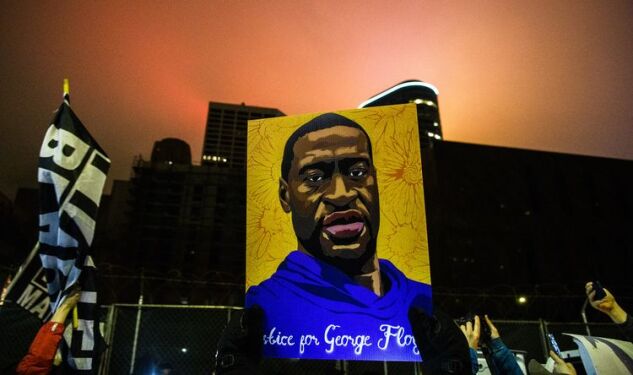 The arrest, stemming from Floyd’s alleged attempt to use a fake $20 bill at a nearby market, turned physical after Floyd, citing intense claustrophobia, struggled to avoid sitting in the back of a police cruiser. It turned deadly after Chauvin kept his knee on Floyd’s neck long after he stopped resisting and onlookers urged the officer to stop.

Chauvin has in the state case, because the judge declined to sequester the jurors to prevent them from being influenced by publicity, among other reasons.

In the separate federal indictment unsealed Friday, Chauvin is alleged to have held the 14-year-old boy by the throat and hit him repeatedly in the head with a flashlight, resulting in injury. The indictment also charges Chauvin with holding his knee on the neck and upper back of the boy even after he was “lying prone, handcuffed, and unresisting, also resulting in bodily injury.”