Chauvin, 45, faces a maximum of 40 years in prison after a jury in April found him guilty of murder in the death of last year. Chauvin knelt on Floyd’s neck for more than 9 minutes, ignoring his repeated cries that he couldn’t breathe. His conviction stood out against decades of impunity in police excessive-force cases but, for that very reason, was seen by many as only the start of a long road to justice.

Judge late Thursday rejected Chauvin’s request for a new trial. Cahill has signaled he may be tough on Chauvin. On May 11, he ruledthat the case met the standard for a higher-than-recommended prison term because Chauvin “abused a position of trust and authority” by using force that the jury determined was unreasonable.

A video of Chauvin kneeling on Floyd’s neck went viral, sending millions around the world into the streets in protest. Floyd’s death drove governments to rethink the basic role of police in society and spawned a global reckoning on race during a deadly pandemic and ahead of a pivotal U.S. presidential election. It also prompted corporations and institutions to reconsider their treatment of minority customers and employees. 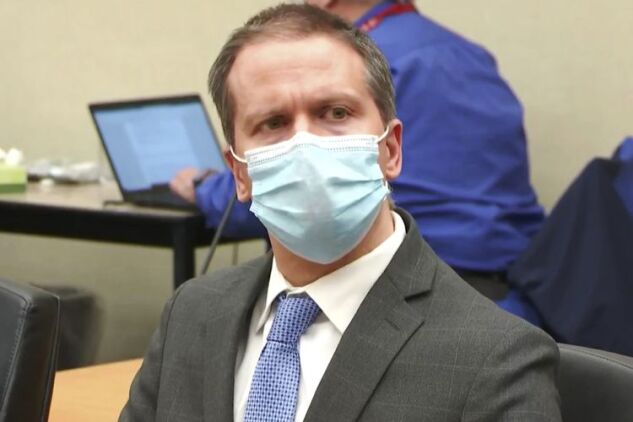 Derek Chauvin hears the verdict read out on April 20 at his trial in Minneapolis.
Source: Court TV

Prosecutors are seeking a for Chauvin, saying the murder “shocked the nation’s conscience.” His lawyers have asked the judge to sentence him only to probation and time served, a ruling that would free him immediately, and almost certainly spark national outrage.

Chauvin was found guilty of all charges -- second-degree murder, third-degree murder and manslaughter. The former officer, who is White, arrested Floyd, a 46-year old Black man, on May 25 of last year on suspicion of passing a counterfeit 20-dollar bill at a convenience store.

Chauvin’s “placement of his knee on the back of George Floyd’s neck was an egregious abuse of the authority to subdue and restrain because the prolonged use of this maneuver was employed after George Floyd had already been handcuffed and continued for more than four and a half minutes after Mr. Floyd had ceased talking and had become unresponsive,” the judge wrote before the sentencing.

Cahill also said Chauvin had shown “particular cruelty” because Floyd was begging for his life while the officer “remained indifferent.” Plus, children were present at the murder, which took place on a Minneapolis street during the day. 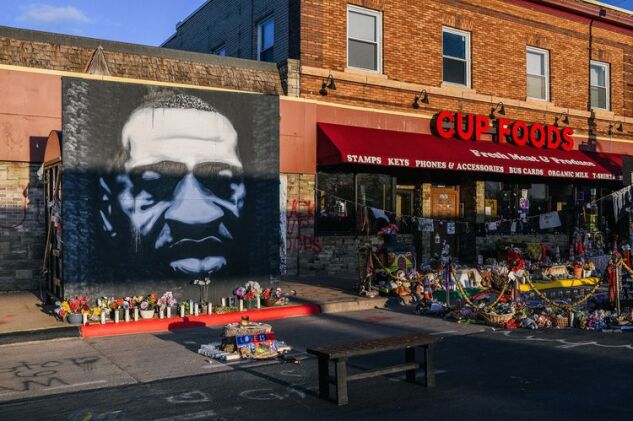 A mural of George Floyd is displayed near the site of his murder.
Photographer: Brandon Bell/Getty Images

Chauvin’s lawyers argued he should receive probation because he has no criminal history, didn’t intend to commit a crime, would be a likely target of violence in prison and has been “preliminarily diagnosed with heart damage.” They pointed to his 19 years with the Minneapolis Police Department and strong ties to his family.

“Mr. Chauvin has the support network he needs to succeed as he moves past this incident,” they argued in a court filing. “Therefore, probation is appropriate.”

Under Minnesota sentencing guidelines for first-time offenders, Chauvin faces from 10 years and 8 months to 15 years behind bars, with a “presumptive sentence” of 12 1/2 years, said Richard Frase, who teaches criminal law at the University of Minnesota Law School. Because the judge found several aggravating factors in the crime, he could double the sentence from the guidelines. Minnesota prisoners can have their sentences reduced by a third for good behavior, so a 30-year term might be done in 20.

Frase said he “would be very surprised if the judge gave probation,” or if Cahill departed from guidelines by more than double. He predicted the judge would order Chauvin to serve 15 to 25 years in prison.

“This is a rare situation where someone was actually caught,” said Toshira Garraway, founder of Families Supporting Families Against Police Violence. “We’re hoping to see that someone finally gets held accountable to the fullest extent of the law.”

Friday’s sentencing isn’t the final chapter in the murder of Floyd. Chauvin’s lawyers have already asked for a , arguing the judge should have moved it from Minneapolis or sequestered the jury. Chauvin is also facing federal civil rights charges from the murder and from a 2017 incident in which he allegedly repeatedly struck a 14-year-old with a flashlight.

The three other officers in Floyd’s arrest are scheduled to go on trial in March, on charges that they aided and abetted murder.

Garraway said her group plans to demonstrate after the verdict, in hopes the other officers will be punished and to call attention to other families whose loved ones died at the hands of police.

Chauvin is being held in solitary confinement at Oak Park Heights prison, near Minneapolis, the highest-security facility in the state, said Frase. He’s likely to stay there after sentencing to protect him from being assaulted or killed by fellow inmates.

(Updates with denial of Chauvin’s request for a new trial.)