Charlottesville, Va. is still looking for a city manager as it deals with the aftermath of a deadly White supremacist rally and navigates the departure of various government leaders.
Chip Somodevilla/Getty Images

A former Big Law lawyer has rejected the interim city manager job in Charlottesville, Va., less than a month after accepting the role in a city struggling with affordable housing, government turnover, and the aftermath of a White supremacist rally.

“There’s just no way that an interim person can work underneath that craziness,” said Marc Woolley, who has previously worked at law firms Ballard Spahr and Saul Ewing Arnstein & Lehr.

Woolley instead started Dec. 6 as deputy executive director of Delaware County, Pa., just outside Philadelphia, which is in the process of returning its privately-run prison system to public control. “A lot of those people incarcerated look like me and my family,” said Woolley, who is Black. “I want to make sure they can reenter society appropriately.”

Whether it’s prison reform or public housing, Woolley is used to political fights that place him in the spotlight with his blend of financial, legal, and political expertise. He spent four years as city manager of Harrisburg, Pa., after it struggled with a debt crisis, nearly five years at the Hershey Trust Co. when it faced claims of wrongdoing by board members, and four years at the Philadelphia Housing Authority.

“Quite frankly, sometimes these are thankless jobs, and you need to have thick skin,” he said. “Eventually you’re going to run into some nettles. For some it can be taxing seeing your name in lights all the time.”

Woolley said last month he accepted the Charlottesville interim city manager offer that would have made him the sixth person to hold the post since 2018. He was set to start Dec. 1 at an annual salary of $205,000. He said he expected to be a candidate for the permanent position in 2022.

But lawsuits the city was facing and local government uncertainty persuaded him to change his mind weeks after he accepted the job, Woolley said. It was simply too much to handle for someone with “interim” in his title.

“They have to have a person who is permanent to deal with all the issues that are swirling,” Woolley said.

In early November, Charlottesville’s former police chief, RaShall Brackney, sought $3 million from the city as part of a discrimination complaint she filed with the U.S. Equal Employment Opportunity Commission.

Later in November, former city manager Tarron Richardson filed a lawsuit against the city, claiming a non-disparagement agreement he signed to secure $205,000 in severance pay violated his First Amendment rights.

The city meanwhile has been grappling with its Confederate past in the aftermath of 2017’s Unite the Right rally. Event organizers last month were found liable for $26 million in damages following a civil trial related to violence surrounding the gathering that killed 32-year-old paralegal Heather Heyer.

Affordable housing has also been a struggle in Charlottesville. Local activists issued a report last year that found Black residents were disproportionately affected by housing and zoning rules now before the city’s planning commission.

Charlottesville spokesman Joe Rice, when asked for comment about Woolley’s job situation, pointed to a statement the city issued Nov. 30.

“Mr. Woolley reached out to Mayor Nikuyah Walker on Sunday, November 21st to verbally inform her of his decision to withdraw his application as Interim City Manager,” the statement said.

The statement linked to a Nov. 23 letter to Walker from Woolley, in which he said he reached his decision “after careful consideration and in consultation with my family.” The city said it would consider hiring an outside firm to be interim city manager.

Off to Delaware County

Woolley is glad he changed course.

“My eyeballs were always going to be looking over the fence,” he said of a possible interim role in Charlottesville. 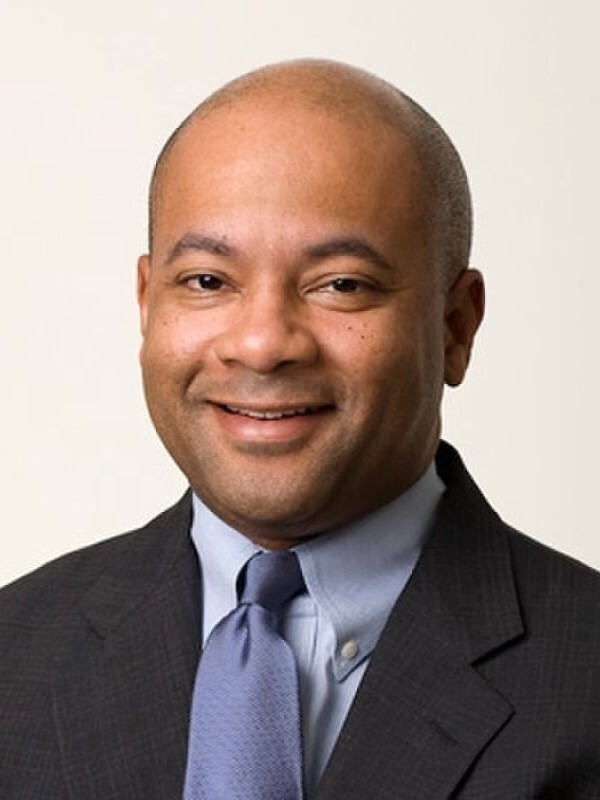 Woolley said his phone then “started ringing” from suitors pitching potential municipal job opportunities across the country, including in places like the Carolinas, Midwest, and Texas. Of the options that Woolley said he considered, Delaware County was the most attractive.

He said he liked the idea of transitioning the county to a public prison system from a privately-run operation. “There will be integration issues I’m going to have to deal with,” Woolley said.

Plus, the new role is not far from his home in Philadelphia, and it keeps Woolley in a state where he has spent his entire career.

Harrisburg, which unsuccessfully sought to file for bankruptcy a decade ago, hired Woolley in late 2017 to be its city manager. He oversaw functions such as economic development, finance, housing, human resources, information technology, procurement, public safety, risk management, and tax collection.

While he was there, the Hershey, Pa.-based trust faced allegations of lavish spending by board members. The charity linked to the Hershey chocolate fortune eventually agreed to reform its corporate governance protocols as part of a settlement with Pennsylvania’s attorney general.

The trust put Woolley on leave amid the internal strife in 2016. He declined in an interview to discuss his departure. At the time, Woolley retained prominent Philadelphia litigator David Smith, chairman of Schnader Harrison Segal & Lewis, who said his client was caught up in infighting at his now former employer.

Federal tax filings show that the Hershey Trust continued to pay Woolley after he left the nonprofit organization on June 30, 2016, even making a $600,000 payment to him during fiscal 2017-18.

Woolley was named in four lawsuits during his time at the Philadelphia Housing Authority, from which he resigned in 2003 after heading its legal, human resources, and asset management functions.

He said such entanglements—two cases settled and the other two were resolved in the agency’s favor—come with the territory.

While being a lawyer isn’t a prerequisite for city leadership jobs, Woolley said attorneys not worried about making money—his initial salary in Harrisburg was $115,000 per year—will find instant access to elected officials and other power brokers if they want to get things done in the public sector.

He recalled advice he once received from a former professor, Boston College Law School’s Zygmunt Plater, who encouraged his students to take a public interest position at some point in their careers.

Woolley’s work, for instance, led him to have a key role in the redesign of a new government center in Harrisburg—a matter of pride for him. “That’s the kind of thing that makes me get up in the morning,” he said.

While he spent about four years in private practice prior to going in-house at the Hershey Trust, “Having to mark off my time in six-minute chunks at a law firm just wasn’t for me,” Woolley said. “It’s not a bad thing—I have friends who are multimillionaires and happy. I just didn’t like it.”