A view of the Hall of Fame for Great Americans at Bronx Community College August 17, 2017 in New York.
Photographer: Don Emmert/AFP via Getty Images

Michelle Echeverri dreamed of attending college but wasn’t sure how she would pay for a degree. An immigrant from Colombia who uses a wheelchair, she didn’t know how to navigate obtaining financial aid or how she would work a job to to pay for school.

Then she attended a presentation about Tulsa Achieves, which provides free tuition at Tulsa Community College in Oklahoma for local residents.

“I was like, whoa, I guess I can actually go to college,” Echeverri said. “It opened a huge path for me in life.”

President is seeking to bring that same model to all of the country’s community colleges, with a signature higher education proposal in his $1.8 trillion social spending package released this week. 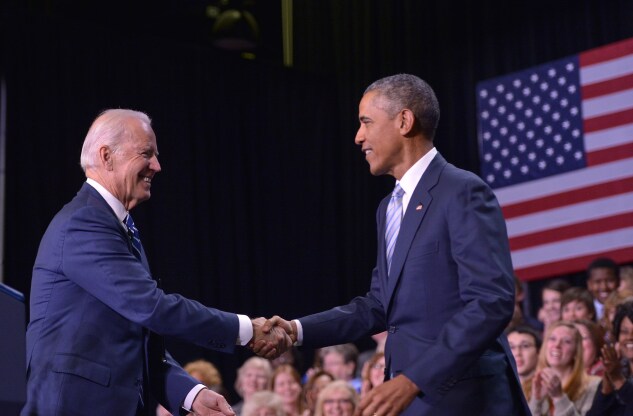 The plan to make two years of community college free to students across the country revives a 2015 proposal from then-President in 2015. Obama cited as his model a state-wide free college initiative launched by a GOP governor in Tennessee. His plan went nowhere in a divided Congress thanks in large part to Republican opposition to a new federal program.

Now, Democrats are considering getting some version of Biden’s plan through Congress with a procedure that bypasses the need for GOP votes in the Senate.

Since 2015, state and local free college programs have sprouted up throughout the country in both red and blue states, surpassing almost 370 total this year. The result is higher enrollment of Black and Latino students, especially women, in participating colleges, researchers have found.

Free college programs do more than cover tuition; they send a signal to students about the possibility of pursuing higher education.

“It’s not just about the money. It’s about the messaging,” said Elizabeth Bell, an assistant professor of public administration at Miami University in Ohio who studies free college. “This is a set of students who have never considered themselves college-going material.”

Those students still face obstacles to completing college beyond the cost of tuition and fees. Still, Bell’s research has found that completion of four-year degrees rose for students who participated in the Tulsa Achieves program, particularly among Black, Latino, and Native American students, thanks to transfer agreements and scholarships.

Echeverri, who started at Tulsa Community College in 2016, is now pursuing a computer science degree at Oklahoma State University and hopes eventually to work for the National Aeronautics and Space Administration.

Enrollment and successful completion of studies is shaped by the design of free college programs, which observers say lawmakers must consider as they look to pass Biden’s plan.

The design varies from location to location. Some programs include academic restrictions, while others limit eligibility to lower-income students.

“It’s a combination of resource constraints and also just what states are prioritizing,” said Robert Kelchen, an associate professor of higher education at Seton Hall University.

Many free college programs are fairly cheap for states and colleges to run because they only have to fill in gaps for students after they receive all federal financial aid. That means the financial help mostly accrues to students who need it less, critics say.

The Biden plan reflects the framework of legislation Rep. (D-Mich.) and Sen. (D-Wis.) reintroduced this week to help community and technical colleges waive tuition and fees. That bill would require that credits earned at free college programs be transferable to four-year schools.

Like that legislation, White House officials said their plan would provide $3 for every $1 put up by states to make tuition free. The Biden proposal would also boost the Pell Grant by $1,400 and includes $62 billion for colleges to pay for child care, academic advising, and other services that help students finish a degree.

“The small supports are really important for student outcomes,” she said.

Republican opposition sank Obama’s free college plan almost immediately. Now, Democrats expect to pass the Biden spending package through a budget maneuver known as reconciliation, which requires only a simple majority for the legislation to pass the Senate. Republicans lawmakers have expressed little interest in a federal free college program.

Sen. , the ranking member on the Health, Education, Labor and Pensions Committee, said that a national free college program would penalize states that have kept tuition low, and have the federal government pick up the tab for states with underfunded colleges.

“We want to eliminate tuition at public institutions,” he said of free college plans the Biden administration is backing. “Who’s going to pay for that?”

Michelle Dimino, a senior policy adviser at Third Way, a centrist think tank, said the Biden plan’s financing could affect whether states choose to participate. Requiring colleges to essentially eliminate tuition could put more pressure on states that have under-invested in education.

“The model can absolutely increase college access. We know it’s really powerful to say to students, especially those who would otherwise not have attended, that you can afford to go,” she said. “We have also seen evidence that some promise programs can have unintended consequences of inducing a student qualified to attend a more selective college to enroll in a community college.”

Echeverri said many of her peers in high school gave up attending college because of concerns over cost.

“It would give people a huge improvement of their quality of life when they don’t have to worry about paying for it,” she said.